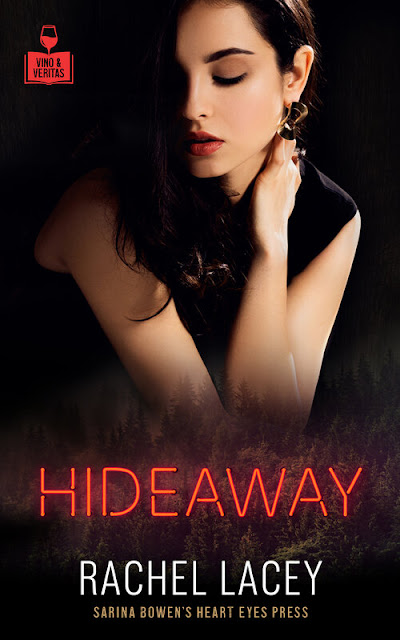 One woman’s hiding place is another woman’s home.

After becoming an inadvertent viral sensation—and losing her job and her girlfriend as a result— Phoebe Shaw retreats to Vermont. Renovating her late grandmother’s cabin into a vacation rental seems like the perfect way to lie low for a while. But the last person she expects to encounter on the property is the woman whose kiss was her teenage sexual awakening . . . and whom she’s never quite forgotten.

Taylor Donovan has been hiking on the trails behind the Shaw family’s cabin her whole life. As children, Taylor and Phoebe were best friends before sharing a secret summer romance when they were sixteen, which left Taylor brokenhearted when Phoebe fled at the end of the summer. Now the property has become Taylor’s home away from home, and she wants nothing more than to convince the Shaws to sell it to her. But Phoebe’s return puts a crimp in those plans--and brings back old feelings she thought she’d overcome.

Of all the things Phoebe regrets, leaving Taylor is at the top of the list, but Taylor is determined to protect her heart. Yet the pull between them is stronger than ever. This time around, will love stay hidden . . . or finally see the light of day? 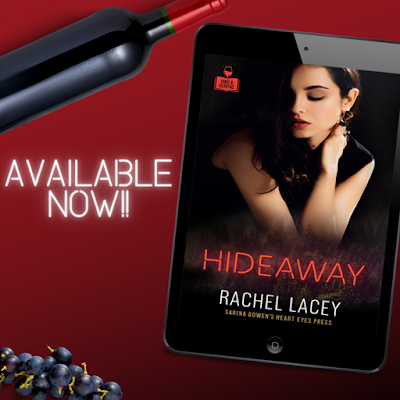 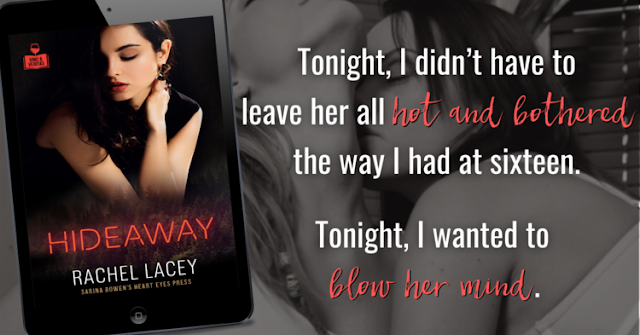 I sipped my cider, savoring its tangy, refreshing flavor. Over the hum of conversation, I could hear a woman singing, accompanied by the tinkling notes of the piano. I stared into the amber depths of my cider while I enjoyed the soulful quality of the singer’s voice. Whoever this was must be new, because I didn’t recognize her voice or her style.

I picked up my glass and spun my stool toward the stage, only to find myself facing Phoebe. I inhaled, and my glass tipped dangerously in my hand. Of all the people I’d expected to see on that stage…

Phoebe’s hair was pulled back in a loose bun , but a few dark curls had escaped, spilling down her back. She wore a slinky black dress that highlighted her curves and stood out in stark contrast against her pale skin. Her voice was low and smoky, hitting me somewhere in the vicinity of my solar plexus, a jolt that warmed my stomach and radiated outward, flushing my skin.

As I watched, Phoebe looked up, and our eyes met. I lifted my glass and took another sip of my cider, feigning indifference, because it was just unfair that she could still affect me like this after so many years. Phoebe dropped her gaze to the piano in front of her as her fingers danced across the keys.

I remembered sitting beside her on the bench at Margery’s piano, my arm wrapped around her as Phoebe sang. Her voice had been different then, lighter and sweeter, or maybe it just seemed that way, filtered through the blinds of my memory. Margery told me Phoebe had given up the piano—and singing—after she graduated from high school.

Maybe she was feeling nostalgic now that she was back in Vermont. Or maybe she was just trying to torture me with the allure of her voice. I gulped from my cider.

I spun to find myself facing an unfamiliar blonde. “Hi.”

“Just in town for the weekend,” Rebecca told me.

“Ah.” I sipped my cider. Rebecca was pretty, although not exactly my type with her trendy dress and long, red-painted nails. She looked like she’d never hiked a day in her life. But when I glanced to the left, I saw Phoebe watching me from the stage, and it gave me an absurd thrill to let her watch me flirt with someone else. “Where are you from, Rebecca?” 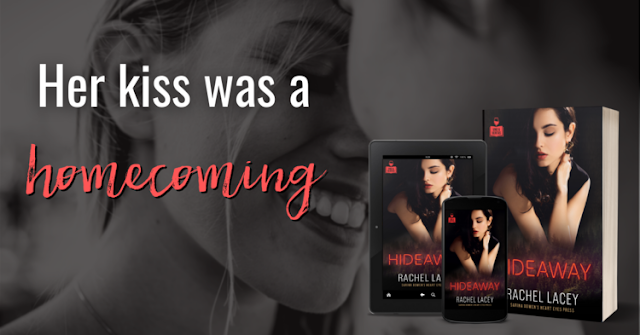 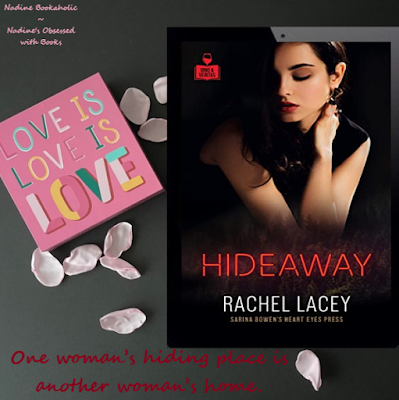 One of the best things about this series is all the amazing authors that are contributing to it and how many of them are new to me, like Rachel Lacey. Rachel Lacey did a wonderful job crafting a story about two women that were best friends and had a short summer fling when they were sixteen. Fast forward a dozen or so years and we have two women that haven't spoken to one another in a very long time but when they come face to face again you can tell the attraction is still there.
Phoebe is hiding out in Vermont renovating her late grandmothers house because her father has plans for the cabin. She is hoping some time away from Boston after being fired and her girlfriend dumping her will do her some good and let the air clear on a few things. What Phoebe wasn't planing on was running into Taylor on her grandmothers land walking her dogs on the trails in the back.
Taylor had become very close with Mrs. Shaw before her passing and loved walking her dogs on the trails behind the woman's house even if she did think of Phoebe when she was there. They had been best friends but that had all changed one summer when they became more.
I enjoyed watching the women rebuild their friendship while navigating their feelings for one another, both past and present. I thought the story was well written and had a solid story line, personally I just didn't feel the deep emotions between Phoebe and Taylor that the author was trying to get across and I don't know why.
Would I recommend this story? YES, I would recommend it to anyone that enjoys FF Romances, Second Chance Romances, or Small Town Romances.
Happy Reading!!!
**I have voluntarily reviewed an Advanced Readers Copy of this book for my Blog, Nadine's Obsessed with Books** 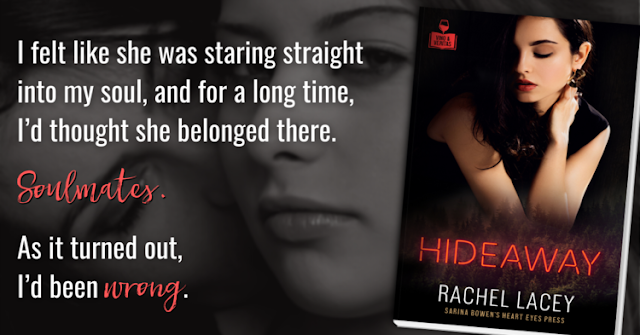