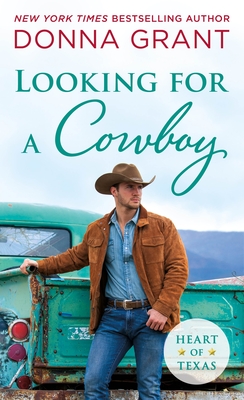 A cowboy finds love in the most unlikely place in New York Times bestseller Donna Grant's newest Heart of Texas novel, Looking for a Cowboy

A beautiful stranger has come to Clearview, asking questions that are nobody’s business. Cooper Owens also wasn’t born yesterday. He knows that this out-of-towner is hiding a dark secret of her own. Much as he knows he should head in the other direction, he can’t make himself turn away. . .

P.I. Marlee Frampton always wanted to lead a nice quiet life, working as a cop in her local police department. But that dream came to an end when her sister was murdered―and her baby kidnapped. Now Marlee’s come to Texas to investigate the Harpers, who may be linked to shady adoption agencies. Cooper can’t believe that his friends could be involved in anything so sinister...and soon he makes it his mission to help Marlee discover the truth―and keep her safe in his arms. 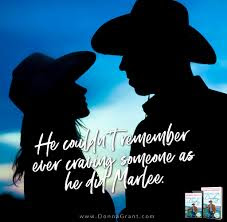 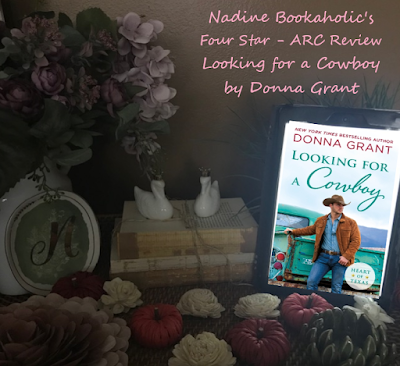 Reading the prologue I knew this was going to be a gut wrenching story because I didn't make it past the second page without crying. Yes I am at times an emotional reader and that has a lot to do with the way a story is written and this one had my heart stopping a few times.
Marlee was a Police Officer when her twin sister was murdered and her baby was taken, after seeing that this wasn't a random act Marlee left the force and became a Private Investigator that works with families to get back the children that were taken from them so heinously. Her latest case has taken her to the small town of Clearview, Texas.
Cooper Owens, former Air Force Combat Controller now lives to help his friends. Cooper knows the horrors in the world and can scope out trouble a mile away so when he meets Marlee he knows she's hiding something and he's determined to find out what it is and make sure everyone he loves is safe.
Although this is the fifth book in the series, this is the first book I have read. In fact it's the first book by this author that I have read. I know I'm late to the party, but better late than never. This book was fast paced with lots of action, it can definitely be read as a standalone if that is the way you choose to read it. I enjoyed the secondary characters so much I have added their books to my never-ending TBR shelf. I am looking forward to Jace's story, he's been through a LOT and this guy needs his HEA like now!
If you enjoy cowboys that have a panache for helping others grab a copy of this book now, you wont be disappointed!
Happy Reading!!!
**I have voluntarily reviewed an Advanced Readers Copy of this book for my Blog, Nadine's Obsessed with Books** 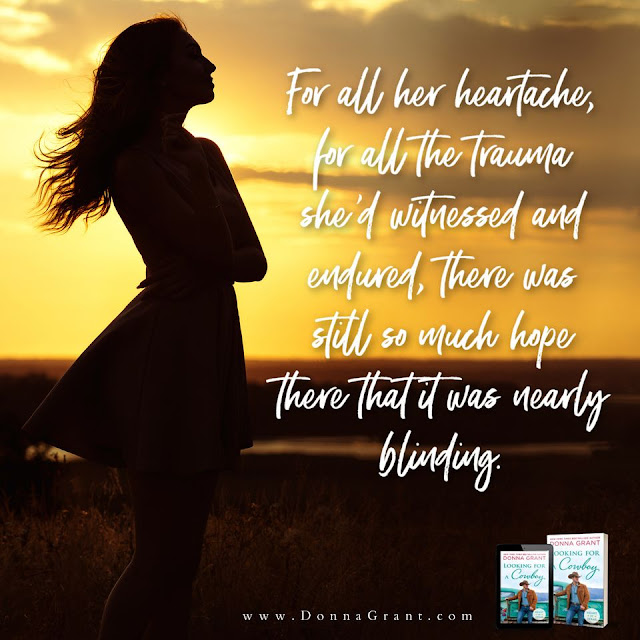 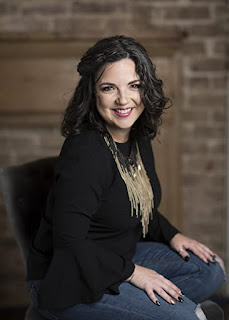 Donna is the New York Times and USA Today bestselling author of over a hundred novels. Her most popular series is the breathtaking Dark King (aka Dragon King) series featuring dragons, immortal Highlanders, and the Fae.

In addition to her novels, Donna has written short stories, novellas, and novelettes for digital-first and print release. She has been dubbed as giving the “paranormal genre a burst of fresh air” by the San Francisco Book Review. Her work has been hailed as having “deft plotting and expert characterization” by Publisher’s Weekly and “sizzling” by RT Book Reviews.

She has been recognized with awards from both bookseller and reader contests including the National Reader’s Choice Award, Booksellers Best Award, as well as the coveted K.I.S.S. Award from RT Book Reviews.

Donna travels often for various speaking engagements, conferences, and book signings. She is also a frequent workshop presenter at national conferences such as RT Book Lovers Convention and Thrillerfest, as well as local chapters.