Happily Ever After In Bliss (Nights in Bliss, Colorado #11) by Lexi Blake writing as Sophie Oak ~ Release Blitz with Excerpt

Happily Ever After In Bliss, the brand new installment in the sexy, must-read Nights in Bliss series by New York Times bestselling author Lexi Blake writing as Sophie Oak is available now! 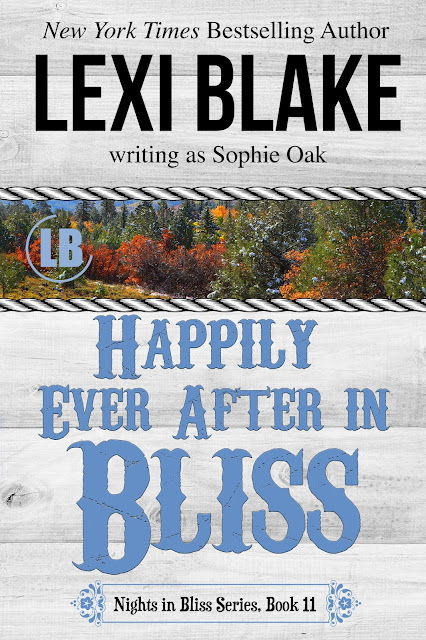 A man hiding from his nature

Henry Flanders never dreamed his past would catch up to him. After all, the man he used to be is dead and buried. He made a clean break with life in the CIA. He moved to Bliss under a new name. For years he has been living a dream, married to his lovely Nell. Now a miracle has happened, and they have a baby on the way. Life is perfect, or rather it was until a violent cartel showed up in Bliss ready to reap their bloody vengeance on the man he used to be.

A woman shaken to her foundation

Nell Flanders has never met a problem she couldn’t handle, but discovering her husband isn’t the man she thought was more than she was prepared for. How can she trust Henry, when John Bishop—the ruthless man he used to be—keeps bringing deadly problems to their door? She has a beautiful life growing inside her, and now she isn’t sure her marriage can survive long enough to welcome their child into the world.

A reckoning that will shake Bliss to its core

Henry isn’t willing to give up on his life with Nell, but it’s going to take some Bliss magic to overcome the forces pulling them apart. When the full weight of Henry’s past comes to bear on the town and the bullets start flying, it might just be Bishop, and some old friends, who can save the day and win back her heart.

Add HAPPILY EVER AFTER IN BLISS to Goodreads: https://bit.ly/32b3Ttd 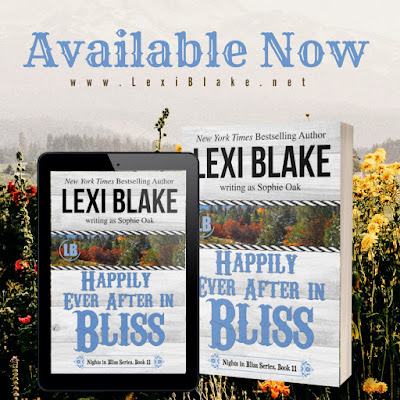 “I know you? I thought this whole conversation was about how I don’t know you.” She could feel her panic starting to rise. She’d had these moments lately. They’d come from worry about her pregnancy, about being a mom in the first place. When it felt like she couldn’t breathe, Henry would hold her and kiss her. He would touch her until she cried out and all the worry seemed to fade away.
She wanted him to touch her now, to tell her this was all some ridiculous joke.
“You know all the important parts of me.”
A sudden thought hit her. How deep did her ignorance go? “Do I know your name?”
He went still. “My name is Henry Flanders.”
It was obvious she was going to have to be specific. “Is Henry Flanders the name you were born with?”
“It doesn’t matter what name I was born with. I am who I choose to be.”
She wasn’t about to let him off the hook. “I want to know your name.”
His jaw tightened. “Which one? The one my mother gave me because my father wasn’t around? She named me after the bastard in case he ever came back. She thought it might soften his heart toward me. He never did. Should I give you the name I used as a CIA operative? There were many of those, but Bishop is the one people remember. John Bishop. I’ve gone as Mr. Black. Mr. White. Really whatever color suited me that day. Mostly I should have used red because that was the color of my world then.”
She’d never seen him so on edge. He’d been quietly getting into her space, moving closer and closer with every word.
She was angry with him. Volcanically angry, and yet there was something about this man that called to her. Every time. It was precisely why she’d put up with his moody crap the first time around. She turned her chin up. He towered over her, but she wasn’t about to back down. “How many?”
“Names? I told you.”
She shook her head. “No. How many people have you killed?”
He put a hand on the wall behind her, caging her in. “Myself or on my orders?”
He was pushing her, and the atmosphere of the room was turning into something…dangerous. “How about you give me a nice round number.”
“Hundreds before I met you. Probably thirty or so myself. Many more on my orders, and I can’t tell you that every one of them deserved it. I gave my bosses intel that led to bombings of entire cities.” He stared down at her. “So here I am, Nell. I am everything you write about. I’m the beast who got tamed by a slip of a woman, who changed his whole being because he fell in love. Are you really going to toss me out?”
She shook her head. “You don’t get to do that. You don’t get to challenge me like that. I’m not the one who lied. I have never lied to you.”
“You never did anything you weren’t proud of,” he said, challenge plain in his voice. “You never had to completely reinvent yourself.”
“Are you serious? You act like I never went through anything bad in my life.” There was a tension that charged what little air there was between them. She had to put her hands back against the wall, palms flat against the curve of the logs that formed the cabin. Her breath came out ragged.
He stared down at her and there was more than sorrow in his eyes now. “I’m not saying that.”
“But you are. You had it so rough? You think foster care was a breeze?”
“I know it wasn’t. I spent my time there, too. My mom died when I was young, and there was no one else to take me in. I moved from home to home. I was that kid who kept his shit in a garbage bag because I didn’t have a suitcase.”
“You didn’t lie about that?”
“I only lied about the things I was ashamed of,” he admitted. “This changes nothing between us. Nothing.”
How could he possibly say that? “It changes everything.”
“I am still the man you love.”
She didn’t understand how that could be true. “The man I love would never lie to me. Not about something this important.”
His hand came up and cupped her breast. “I’m still the man who can make you melt.”
God, he was. She knew she should push him away, but it felt too good.
And it might be the last time he ever touched her. 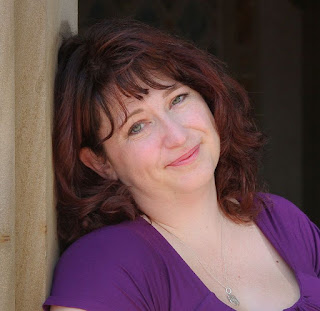