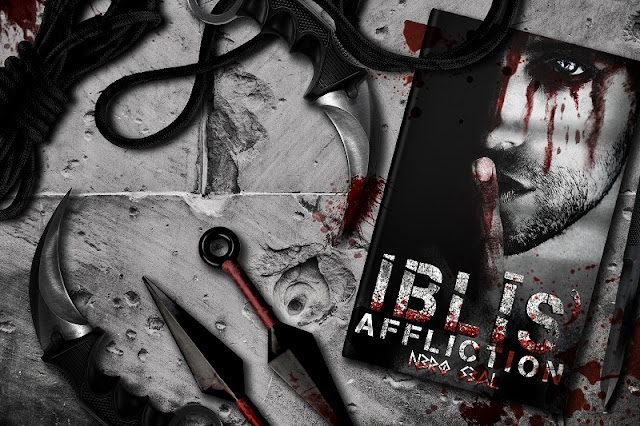 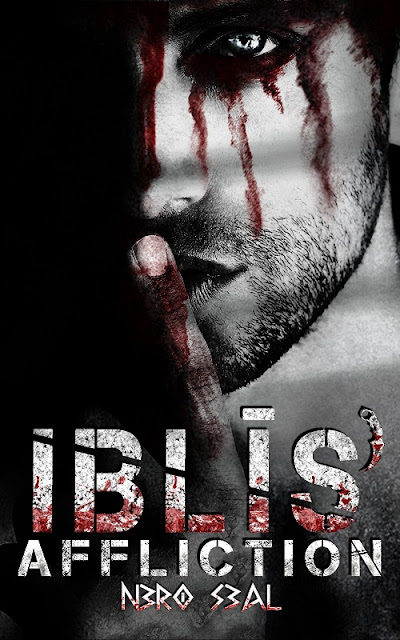 “If you sleep with the Devil, don’t expect to get out of hell.”


DEMANDING. NEEDY. DANGEROUS. Slater is everything Talha doesn’t want but everything the crime lord needs. The bloodiest ripper of Anatolia, nicknamed Iblīs, kills for him and warms his bed. Stuck in a power play and a loveless, symbiotic relationship, Talha knows that if he shows weakness, he will fall at the hand of his own weapon.

THIRST FOR BLOOD, SEX, AND PAIN. It drives Slater crazy. Only Talha can soothe the deep ache that grows stronger every day. Slater allows Master to think he is in charge until Talha cheats by changing the rules of their game. But Master doesn’t grasp that there’s no escape from Iblīs’ affliction. 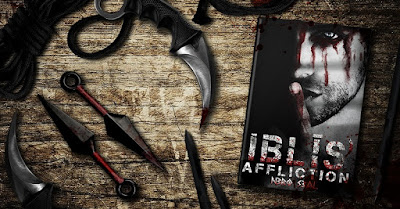 “No.” The sharp reply made Slater’s cheek twitch.

“I’m bored, Master. Play with me.” Irritation found its way into his voice alongside the demanding notes.

“No. I need you fit.” Not compromising, Talha glanced at his watch. “Entertain yourself. I have to work.”

Talha reached under his seat and pulled out the laptop. Slater’s focus slipped down but stumbled over the shirt. Too many pieces of clothing covered this muscular body for Slater’s liking. The desire to spoil Talha’s designer suit, so the man would strip, poisoned his blood.

His tennis shoe bumped against the black leather of the seat in front, as Slater spread his legs apart. The zipper vibrated against his groin, coming undone slot by slot a moment before he shimmed his ass out of his jeans and took his heavy cock into his palm. His gaze traveled up Talha’s smooth, square jaw to the hard line of his mouth. Five years older than Slater, Talha was broader, an inch taller, and a bit more muscular. At thirty-three, with his hair brushed back, he looked a couple of years older. His slightly arched brows and nose, broken in fights, enhanced his predatory aura.

Lust spiked Slater’s blood, splashing red desire all over his vision. Relaxing against his seat, he licked his lips. Talha’s rough skin allured him to lean closer and moisten it with his tongue.

At the hazy edge of his vision, Zaal’s face contorted in disgust, the conflict of interests twisting his features in an unreadable grimace. Slater didn’t care.

The air scraped his throat with every shaky breath; precum leaked over his fingers, marring his jeans. The uncomfortable atmosphere thickened as emotions streamed through the air. Disgust, hatred, contempt, discomfort, ignorance—all had colors and scents that crawled under Slater’s skin, igniting his depravity. His soul burned with all-consuming arousal. Slater craved Talha to look, and Talha did.

A surprised glance held and lingered. The rough mouth curled up in a lopsided smirk as a long, index finger brushed over the chapped lips, betraying Talha’s building arousal. Slater shivered under his cannibalistic stare.

Slamming his laptop closed, Talha put it aside and removed the table. The papers scattered over the floor. His foot slid up the denim fabric toward Slater’s groin. Pressing down, it scratched the skin on the back of Slater’s hands and terminated the stimulation. Not gentle, not caring, but rough, authoritative, merciless. Pressure crushed Slater’s cock and balls, making him shudder.

“Hurts…” The weak complaint only made Talha’s lips twitch.

Instantly dropping his hands, Slater welcomed the direct skin to sole contact. His lungs burned from oxygen deprivation, forcing his nails to scratch a long trail under his t-shirt to alleviate the pressure in his chest and gain more pain. Up and down, the rough underside of the shoe rubbed his cock, the cruel heel meeting his balls with every thrust.

Slater whimpered and closed his eyes, concentrating on the burning sensation growing in his lower belly. His thighs shook following the jerky rhythm of Talha’s foot as the cleansing pain burned every thought out of his head, leaving only lust behind.

“What should I do with you?”

Holding his breath, Slater listened to the voice of his master. The voice that had guided him through so much pain and pleasure; the voice that knew what he needed better than anyone else. More. Rougher. Harder. This wasn’t enough; chasing his pleasure, he thrust his hips forward, imprinting himself into Talha’s shoe. A shudder ran through his body, and a weak, shaky plea escaped his lips, “More, Master.”

Ummmm yeah, okay that was.....Ummmm yeah
I'll begin with saying the only reason it took me two days to finish this book is because I had to sleep for a few hours, otherwise I wouldn't have put it down. I was sucked into Iblis' world from the very beginning, I don't know how Nero Seal did it but he pulled it off. He had me trying to figure out Slater's psyche, he had such a devious mind in the way he went about things, was he a sadist that enjoyed the torturing of others? If that's so then why did it seem as if he was a masochist when he was with his Master, Talha? And yet other times he seemed like almost childlike in his ways, he had me totally engrossed and rooting for him even though he was thought of as the devil.
Talha, is a power hungry ass in my opinion. There were times I wished Slater would wake up to the ways of him but then there were times I liked him, definitely not as much as I loved Slater though. Talha is the head of the family and is looking to take over more area, a LOT more...like I said he's power hungry and his ticket to achieving that is Iblis....or so he thinks.....
I swear if Nero Seal and Lily White ever joined forces we'd be in some serious trouble because no one has ever fucked with my mind like either of them.  I'm serious about this because I can say in all honesty that the night after I finished this book I had a dream, I hardly ever dream because I don't sleep well enough too, about one of the scenes and it was a vivid one and it scared the bejesus out of me.
If you enjoy DARK MM reads and your over 18 this is the one for you.
Happy Reading!!! 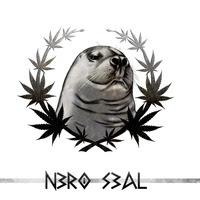 Journalist, poker player, casino events manager, designer, and SEO specialist, Nero Seal tried it all before committing to the idea of being an M/M fiction writer. Living in one of the most homophobic countries in the world, he has a lot to say. Being an avid traveler, he creates his imaginary worlds from the places he’s been and the people he’s met. Characters are always talking in his head, forcing him to write their stories, using his 49 kinks as the ultimate weapon of alluring. When the voices in his head aren’t slaving him around, he is drawing, hiking, and procrastinating important things in favor of momentary gratification.