Carrie Ann Ryan's DROPOUT, one of the five books in the upcoming BAD BOY HOMECOMING series, releases June 27th, but we couldn't wait to share an excerpt! Get a sneak peek below and preorder your copy today! 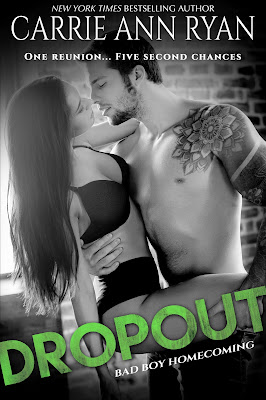 
Grayson Cleary left town before graduation day and never looked back. Most people back home pegged him as a dropout. Over time, he’s worked to make something of his life and leave his past behind, so when his ten-year reunion comes up, he has no intention of attending. When his best friend begs him to go, Grayson finds himself confronted with a past he’d rather forget and the one woman he’s always craved.


Kate St. Dalton had everything when she left her hometown. Not only was she Valedictorian with a full scholarship, but she was also engaged to the boy of her dreams. Then, life threw a wrench in her plans, and she had to find a way to live the new life fate handed her. The last thing she needs is the hot boy from high school returning to town as the sexy man of her dreams.

When the two take a chance and use the reunion week to burn up the sheets, they’ll have to remember that it’s only for a few nights—not for a lifetime. And decide if what they have is just a fling…or something far more than a mere reunion.

Find out more about the BAD BOY HOMECOMING series on the website here!

Read an Excerpt from DROPOUT


As soon as Kate closed the door behind them, Grayson pressed her back to the solid wood. Her eyes widened, and he told himself he had to slow down.

“I haven’t even kissed you yet,” he whispered, his gaze going from her mouth to her eyes. “I’m an asshole.”

“I haven’t kissed you yet either. Does that make me an asshole, too?” Her fingers skipped up his chest, and he shuddered, needing her touch.

He cupped her face, her skin soft under his palms. “Never.” Then he leaned forward and did the one thing he’d wanted to do since he was sixteen—he kissed her.

She tasted of sweetness and perfection. He couldn’t quite think of another word for it. He didn’t do poetry and fancy words when it came to women, but he could at least make sure Kate knew she was not only important but also special and sexy as hell.

She ran her hands up his chest again before wrapping her arms around him to scrape her nails down his back. When he pulled away from her lips so they could both breathe, she arched up into him, and he rested his forehead on hers.

“What are we doing?” she whispered.

“This,” he said in a low voice, almost a growl. “Just tonight. No promises. But I’m not going to hurt you, Kate. I’m going to make love to you, make you feel amazing, and when the time comes for me to leave? I’m not going to run again. I’ll make sure when it’s time to go, we’re both ready.”

Even as he said the words, he had a feeling it was a lie. There was something going on between them that he couldn’t quite name, but he knew it might not be enough. Hell, it wouldn’t be enough. She might not have the education or the job she’d thought she wanted, but she was still far classier than anything his mechanic self could accomplish. He hadn’t missed the kids’ toys and photos in the living room. Hadn’t missed the signs of a family and the fact that neither he nor Kate were the same people they were when he’d first wanted to kiss her. He figured that was okay, as long as he remembered that the woman in his arms was only his for a short while.

And while he craved her, he knew he’d have to get his fill while he could…and make sure she was the center of his everything.

“Kiss me,” she said suddenly, pulling him out of his thoughts. “Just kiss me. We’ll figure everything else out later.”

He cupped her face, his mouth so close to hers he’d just have to move a fraction of an inch to kiss her. “That I can do, Kate.” So he kissed her again, this time harder, deeper.

They moaned into each other’s mouths, their bodies pressing against one another as they kept the kiss going—longer, hotter. His hands slid up her dress, over her thighs, and cupped her butt. When she gasped, arching into him, he picked her up easily and rocked into her. She wrapped her legs around his waist, and the two of them panted into each other, needing more. 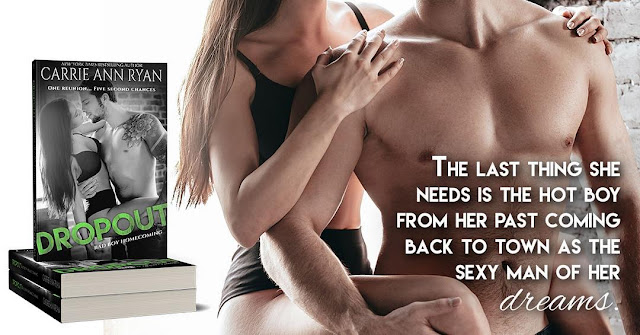 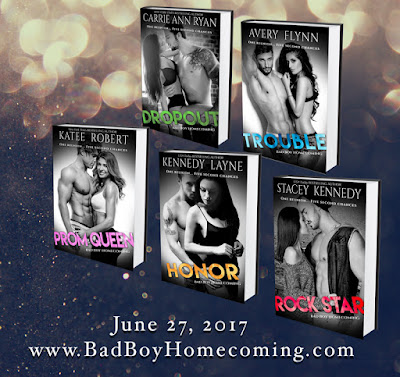