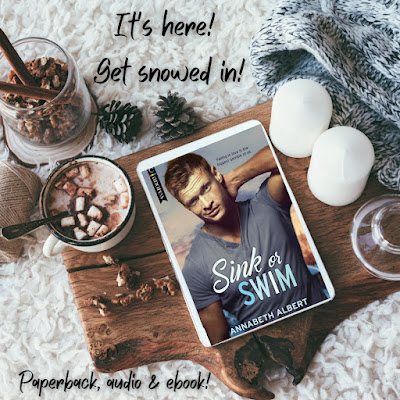 
Winning and losing are subject to sexy interpretation… 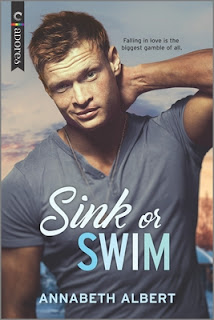 Navy chief Calder Euler loves to win big. His latest score? A remote mountain cabin. Checking it out is supposed to be a quick trip, but Calder’s luck abruptly turns when a freak injury and a freakier snowstorm leave him stranded.

Oh, and the cabin isn’t empty. A silver fox caring for two young girls claims that the property is his, but Calder’s paperwork says otherwise.

Felix Sigurd is on a losing streak, and his ex-husband risking the cabin in a reckless bet is only the latest in a series of misfortunes. He’ll tolerate the handsome stranger for a couple nights--even care for his injuries—but that’s it.

Calder doesn’t know a damn thing about kids, but making pancakes for Felix’s girls is a surprising delight. Trapped in the cabin, the four of them slip easily into the rhythms of a family. But when the ice melts, they’ll have to decide if a future together is in the cards. 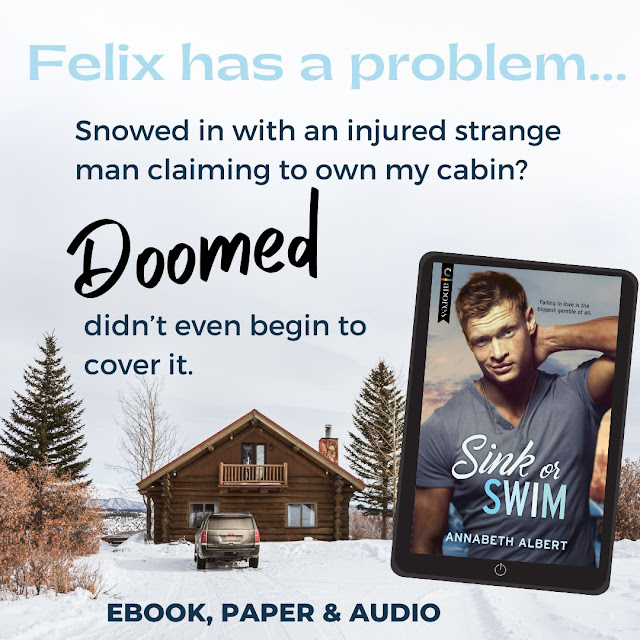 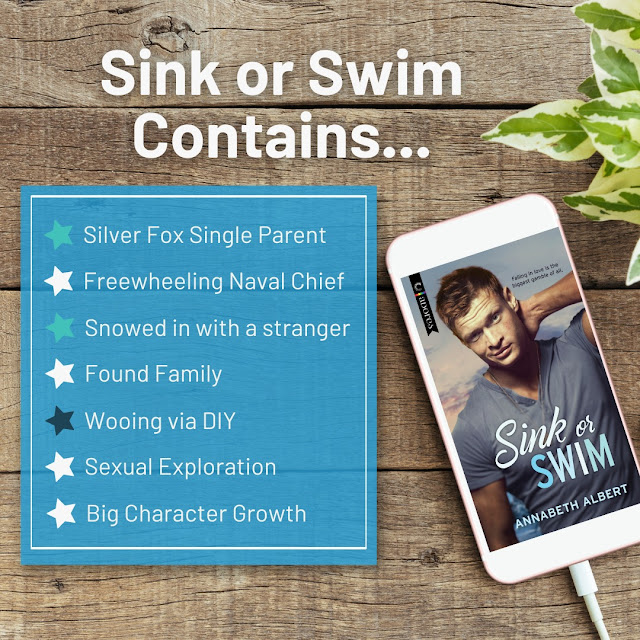 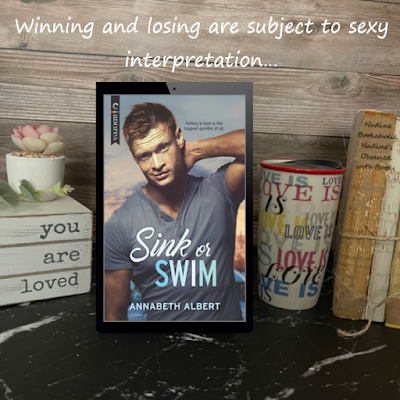 SINK OR SWIM is the second book in the SHORE LEAVE SERIES but can be read as a standalone, for those that have read the first book you won't want to miss this one!
Calder loves to play cards when he's on leave and one win scored him a cabin but shortly after he arrives at the cabin he finds out that Felix's ex had no rights to the cabin that he lost in the bet. But that wasn't the worst part of the encounter, Calder actually gets hurt in a fall and with the bad snow storm heading their way and roads closing he is forced to stay at the cabin for a few days with the good looking silver fox and his two nieces that he's raising....okay so maybe falling wasn't so bad after all. 😉
I don't know who was more charming in this story Navy chief Calder Euler, whom I really liked in his brothers book SAILOR PROOF and couldn't wait until he had his own HEA, or Uncle turned single parent Felix Sigurd, who is raising his half-sisters two daughters after she passed, both men had such great qualities that you can't help but hope that they get everything their hearts desire.
Oh, and lets us not forget about the adorable girls that Felix is raising, Madeline and Charlotte, they are so cute and Charlotte Oh My the things that she would say had me rolling.
One of the things I love most about Annabeth Albert's books is that I never know what she is going to gift us with as far as where her characters fall on the sexual spectrum, while Felix is Gay I would say that Calder is Graysexual. So there is a lot of kissing and cuddling going on between the two men, there are a couple of steamy scenes but it's the more intimate ones that resonate and build their relationship.
If you enjoy MM Romances, Single Dad Romances, Military Romances, or Forced Proximity Romances I would recommend this book to you.
Happy Reading!!!
**I have voluntarily reviewed an Advanced Readers Copy of this book for my Blog, Nadine's Obsessed with Books** 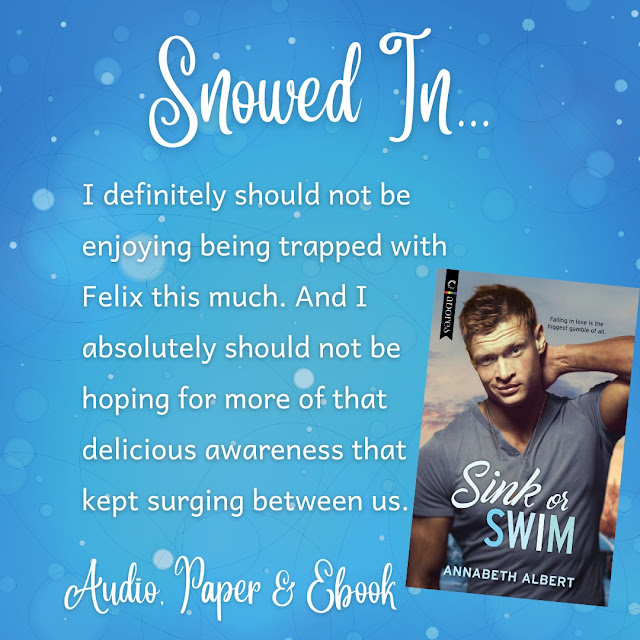