Kiss of Death: A Mafia Romance 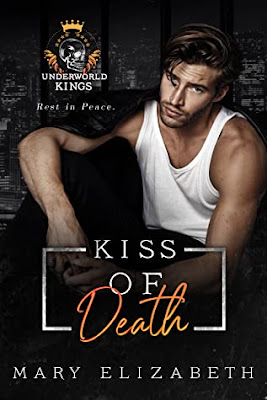 R.I.P. Alessi is in way over his head.Grand Haven has a new underworld king, and he's celebrating at the local gentlemen's club. But rules are rules. Not even the newly crowned underboss of the Coppola crime family touches the girls without permission from the madam who runs the local escort service.It's easier said than done once Vera Monroe takes the stage under a blood-red light. The lure of the mysterious dancer can't be ignored, and they're soon hooked. However, when something sounds too good to be true, it usually is. Rip suspects she’s hiding something and forgetting his basic instincts will put his life at risk.But sometimes rules are meant to be broken.Kiss Of Death is a Hush novella that can be read as a standalone in the Underworld Kings compilation. 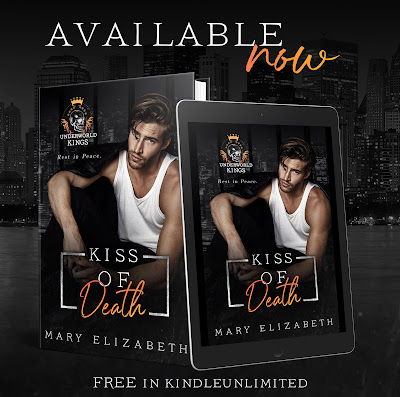 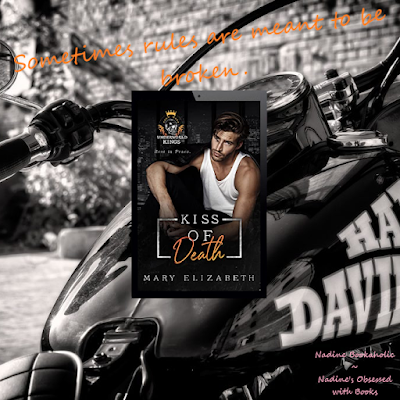 RIP has just become a made man within the Coppola crime family, as the new Underboss he tests his power by touching something he shouldn't.

Vera Monroe is a dancer that catches everyone's eye at the gentleman's club where she works but they all know the rules...no touching. But when she sets eyes on RIP she wants to break all the rules.

The chemistry between RIP and Vera was scorching hot! These two can set fire to your kindle. There is a bit of a mystery surrounding Vera but we are left with a lot of questions on only speculations on what they may be.

This was the first book I have read by Mary Elizabeth and really enjoyed it, one thing I wasn't to crazy about was the cliffhanger 😐  I will say that this book grabbed me from the very first page and honestly if I hadn't been so invested and really enjoyed the authors writing I don't know if I would seek out the next book....but I will be on the lookout for it.

I would recommend this to anyone that is reading the Underworld Kings Series, the Hush Series, or if you enjoy Steamy Organized Crime Romances. 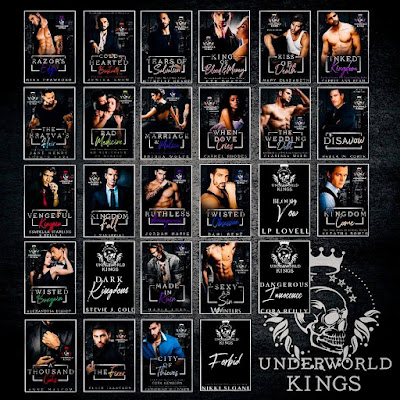 Check out the series here ➡ https://amzn.to/3pVUJvB 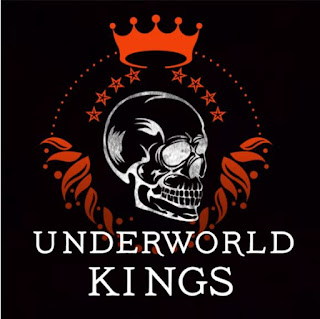