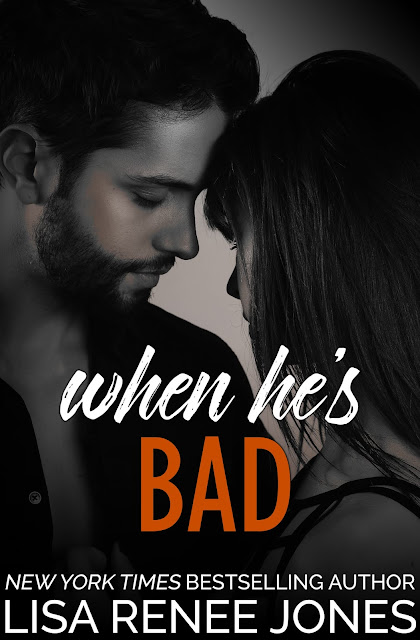 Title: When He's Bad
Series: Walker Security: Adrian's Trilogy #2
Author: Lisa Renee Jones
Release Date: December 15, 2020
ABOUT WHEN HE'S BAD
The second book in a Walker Security trilogy featuring Adrian Mack...
He was dirty. That's how Priscilla met him. She was all about just how dirty he was and, in fact, had to be. Now, he's just plain bad. When you cross a man like Adrian Mack, you find out just how bad he can be. Priscilla started out as an enemy, became a lover, and now, she is his obsession.
Lies. Secrets. Enemies that appear they are friends. The passion and danger just won't stop coming.
BUY WHEN HE'S BAD
Amazon: https://amzn.to/3p6RMX1
Apple: https://apple.co/2Zirw1A
Nook: https://bit.ly/2OfBjiI
Kobo: https://bit.ly/3fjqnML
Paperback: https://amzn.to/2KmelHX 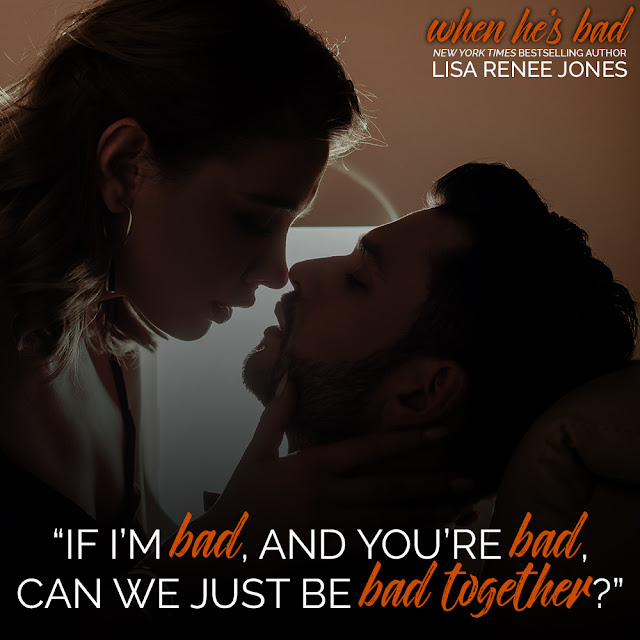 EXCERPT
He captures my hand and his eyes meet mine again, a punch of emotion between us. “Pri,” he murmurs. “There are so many things you need to know.”
“And you’ll tell when the time is right. And I’ll prove to you that I’m not fair-weathered. I’m not in this, any of this, most certainly, not us, because it’s easy. But it is right and I’m not going anywhere.”
“I’m not going to tell you that you’re wrong. I don’t think I have it in me to let you go.”
“Good,” I say, relieved that the tug of war is over. No more promises of hate. No more foreboding goodbyes. “Finally,” I add. “And right now, I just really want to be with you. To be with us.” I shove him backward onto the mattress, climbing on top of him, straddling him. “Don’t let them win,” I say, my hands on his chest, the thick ridge of his erection pressed to the hot spot between my thighs. “Don’t let them make you believe you’re like them. You’re not.”
He rolls me over, his leg sliding between mine, his big body pressed to mine, his elbow by my side, holding up his upper body. “I could say a lot of things right now.”
“Should I say them for you? You’re bad. Too bad. So very bad.”
“No,” he says softly. “I’m not going to say those things anymore. You know. You don’t care.”
“Now you’re starting to understand.” My fingers curl on his jaw. “But just in case you decide to go down that rabbit hole again, I’m alone in a sea of sharks. Do you think you’ll save me by walking away?”
His eyes darken, lashes lowering once more as he murmurs, “What are you doing to me, woman?” and then his mouth crashes down on mine, his tongue stroking long, deep, slow.
He lets me taste his anguish, pain, self-hatred. But there’s more. There’s his unyielding need for me and us. There is our unexplainable, impossible-to-deny bond. A bond it seems created in blood.
The kiss transforms and becomes another. And this kiss, this kiss is passion, so much passion, and tenderness. We savor each other, this time that somehow feels as if it’s all the time we have, despite every promise we’ve made that there will be more, so much more. 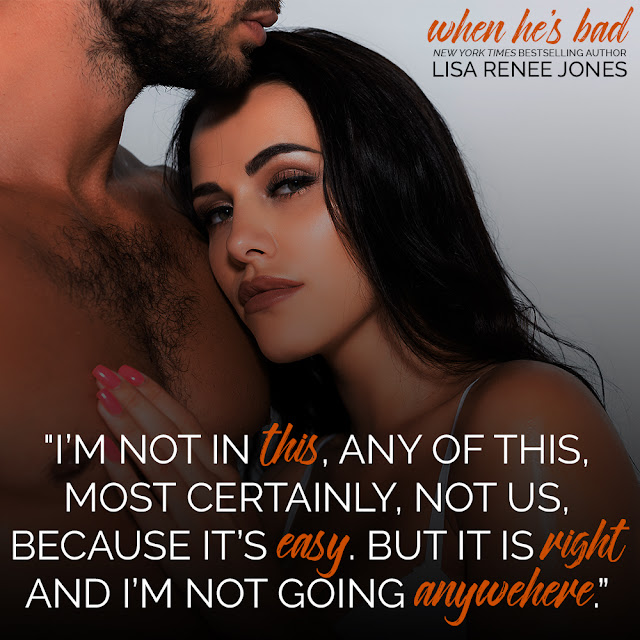 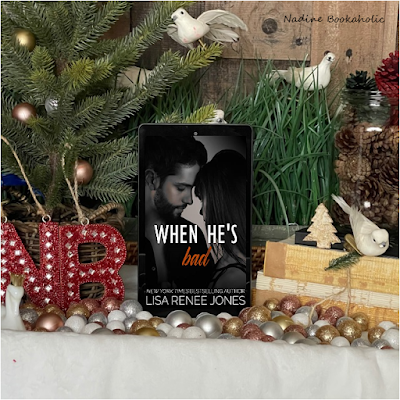 WHAT A RIDE!We pick up right where book one ended and wow what a ride we are on!This book has a lot of twists and turns and flashbacks that are very relevant to what is happening only they need to decipher on how.
Adrian is more determined than ever to testify against Waters, the President of the Texas King's Motorcycle Club, especially with the way things are playing out in this book. You really never know who you can trust, other than the men with Walker Security of course, friends, family, coworkers, it's all a guessing game. Now it's time for Pri to figure out if she has been trusting the right people or not!
The bond between Adrian and Priscilla is getting stronger even though Adrian doesn't think he deserves someone as good as her in his life, that seems to be a common thread amongst these men. This was a fast paced read and I loved every moment of it. I cannot wait to see how things play out in the last book of the trilogy, WHEN HE'S WILD.
**I have voluntarily reviewed an Advanced Readers Copy of this book for my Blog, Nadine's Obsessed with Books** 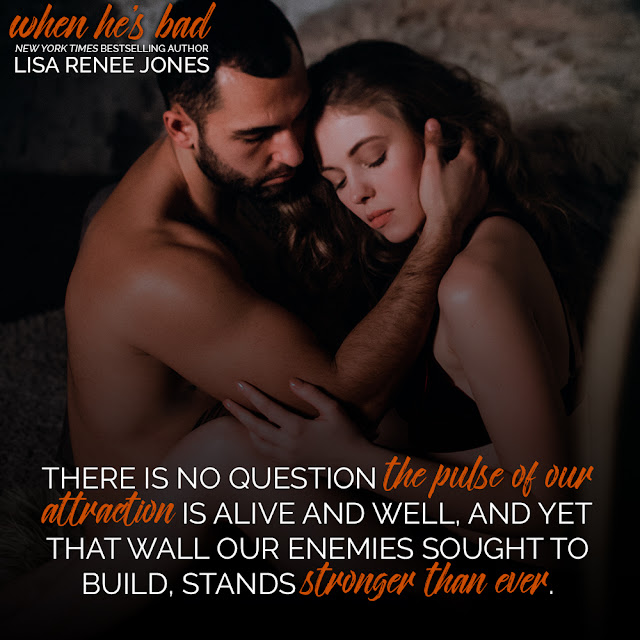 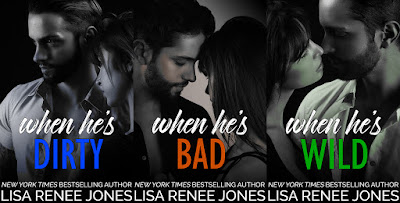 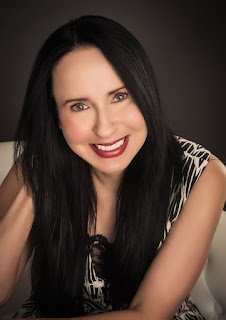 New York Times and USA Today bestselling author Lisa Renee Jones writes dark, edgy fiction including the highly acclaimed INSIDE OUT series and the upcoming, crime thriller The Poet. Suzanne Todd (producer of Alice in Wonderland and Bad Moms) on the INSIDE OUT series: Lisa has created a beautiful, complicated, and sensual world that is filled with intrigue and suspense.
Prior to publishing Lisa owned a multi-state staffing agency that was recognized many times by The Austin Business Journal and also praised by the Dallas Women’s Magazine. In 1998 Lisa was listed as the #7 growing women owned business in Entrepreneur Magazine. She lives in Colorado with her husband, a cat that talks too much, and a Golden Retriever who is afraid of trash bags.
CONNECT WITH LISA
Newsletter → http://lisareneejones.com/newsletter-sign-up/
Bookbub → http://bookbub.com/authors/lisa-renee-jones
Amazon → https://amzn.to/37ipmD4
Twitter → https://twitter.com/LisaReneeJones
Instagram → http://instagram.com/lisareneejones
Goodreads → https://www.goodreads.com/LisaReneeJones
at December 15, 2020