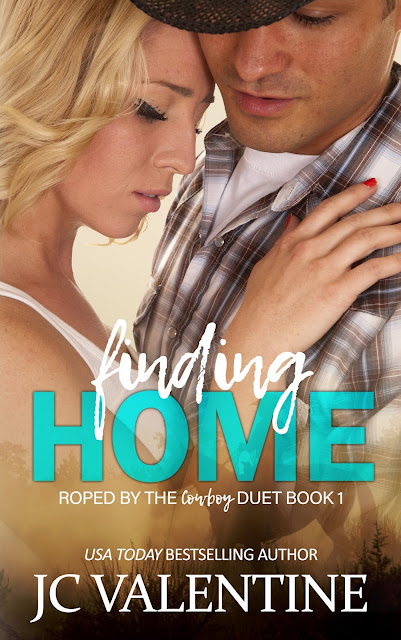 Life is unpredictable. Vee learned that the hard way and did the only thing she could: she ran. But life isn’t about to let her off easy.

Nash is everything a woman wants and nothing Vee could have planned for. Gorgeous with his sexy blue-eyed stare, toned body, and wearing a cowboy hat, he’s the perfect package and Vee’s ideal rebound. Too bad he wants nothing to do with her. That’s fine. Vee wasn’t looking for love anyway, but her meddling new roommate has other ideas.

Two people from different worlds shouldn’t make sense, but desire is an animal that won’t be denied. With secrets lurking on both sides of the fence, however, it’s just a matter of time before someone gets hurt. 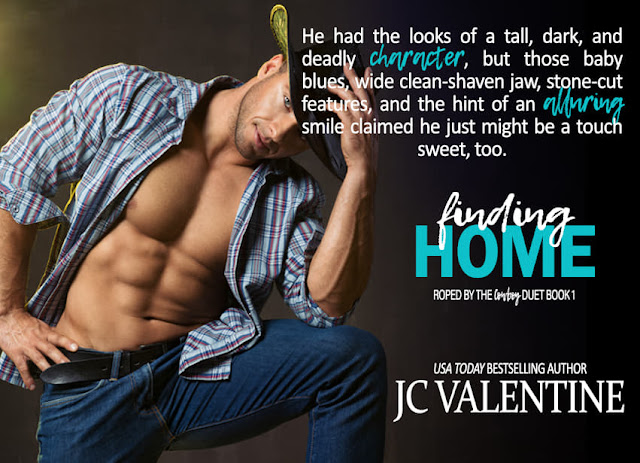 This book, for me, shows the sweeter side of J.C. Valentine's writing, if you are looking for an erotic read this isn't it....well maybe the next book in the duet but definitely not this first one. In this one we start off with two people that don't know anything about one another they just don't like what they see, but you know what they say about reading a book by its cover..... Yes this does change but it takes a while along with the helping hand of a sweet older woman, Greata, that really knows how to speak her mind.

Nash holds things close to the vest and doesn't like Vivian right from the start, whether its because she's a city girl that's driving through town in her car that is worth more than what most make in a year or something else, he just has no tolerance for her and he's not afraid to let her know it. Now, Vivian, if there is someone that can get under your skin in a good way it's her. Her husband cheated on her with another man and then served her divorce papers, as if that isn't bad enough he took everything from her and left her with her fancy car and the few things she could fit into a couple of suitcases. He closed her credit card accounts and left her without a place to live and he was the one that cheated! I felt so bad for her, and I really liked her too. But the one that really won my heart was Greata, this woman has been around the block a few times and she isn't afraid to bestow her wisdom on anyone, Nash included. Greata is a hoot!

Finding Home is the first part in the Roped by the Cowboy Duet and I would recommend this book to anyone that enjoys cowboy romances as well as a sweet contemporary romance. Happy Reading!!! 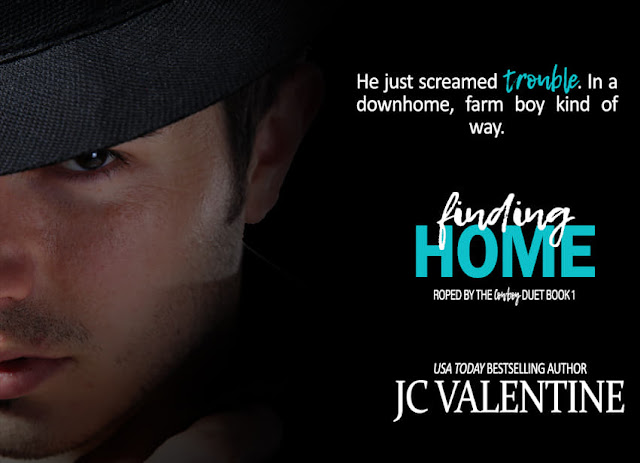 “Do you feel it, too?” he murmured, watching her closely.
Vivian blinked. “Feel what?” She knew exactly what he meant, but she had to be sure.
“Whatever this is between us. You feel it, too.”
Vivian couldn’t form words, so she nodded mutely. Yes, she did. It was strong, the sensation a fire inside that burned bright and hot and undeniable.
“Maybe Ms. Gretta was on to something,” he suggested.
“Maybe she was,” Vivian agreed. The old woman saw more than most, that was clear, and her attempts at playing matchmaker might just be paying off. But was Vivian ready for it? Fresh out of a marriage, it didn’t seem like a great idea to jump right back into another. Especially with someone she bumped heads with and whom she hardly knew anything about.
But what if…
“Hmm…” Nash made a contemplative sound as he stared at her mouth, and when Vivian licked her lips, he leaned down and laid the gentlest kiss on them she’d ever experienced.
Lightning flashed through her veins, lighting up her insides like a fireworks show and curling her toes in her boots. She thought of her favorite movie growing up, Pretty in Pink and thought that Nash must have been practicing on watermelons, too, because he was a hell of a strong kisser.
My. God.
He must have been just as affected, too. Breathing heavily, his lips parted from hers, and he pressed their foreheads together, his eyes closed as if he was savoring the moment. Vivian was running through her own memories of her first kiss, the many she’d shared with Andrew, but they all came up short in comparison.
She’d never been so affected, never felt this way from a decidedly chaste and simple kiss before.
Nash was doing something to her that she was afraid to put a name to…because it felt too serious for too short a time.
No, Vivian couldn’t have feelings for Nash. Not the kind her heart was suggesting, proving that it really was a dumb organ that needed to be kept watch over so it didn’t get her into something too deep to dig herself out of.
Nash must have reached the same conclusion because instead of kissing her again, he pulled away, his eyes soft but hard at once. “It’s getting late. Come on, I’ll take you back to your car.”
The high she’d been riding diminished when he dropped her hand, breaking all connection, and walked away, expecting her to follow. She did. All the way back to her car, where he told her goodnight and was on his way again, leaving her in that lonely parking lot surrounded by dark storefronts. 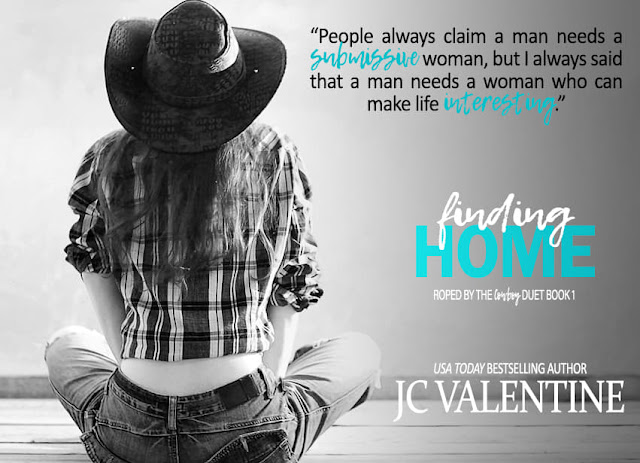 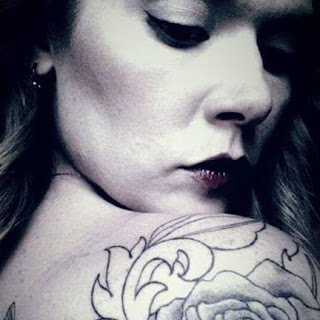 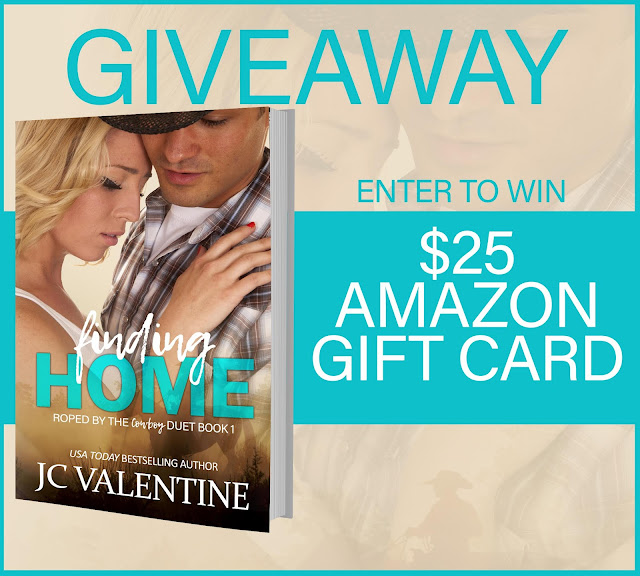