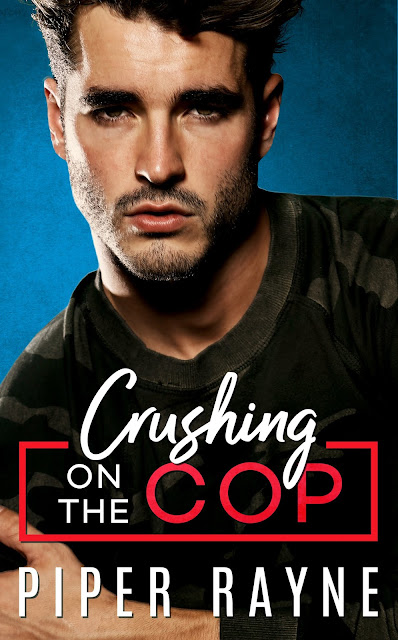 Growing up as the Commander’s daughter and having his magnifying glass focused on everything I did was more than I could handle.

Now, I’m out on my own, living by my own rules. Well, mostly. The ‘job’ I created for myself has me in some hot water and my exit strategy isn’t exactly working out how I’d hoped.

Which is why when my best friend bids on Cristian for me at a charity bachelor auction, I’m not having it. A man in blue is only going to be one thing for me—a problem.

Except after his brother starts dating my best friend he becomes harder to ignore. The eight-pack abs. The sense of style only a girl like me can appreciate. The way he puts his family first. It all adds up to make him one irresistible prospect and has me wondering if he knows how to use those handcuffs the right way—by locking my wrists to his headboard. 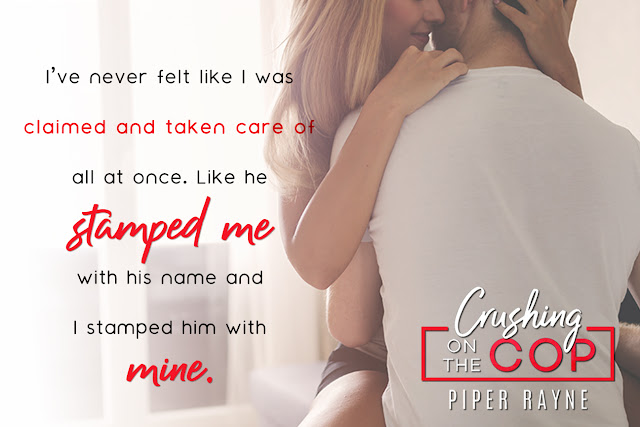 This trilogy of the Bianco brothers and three best friends will have you laughing out loud one moment while shaking your head in frustration the next. Crushing on the Cop is the second book in this series but can be read as a standalone, but listen to me you will want to read all three books in order! They are fun, sexy, and filled with scenes that overlap one another so instead of going back to read about a previous brother, because I know you will want to, just start with Flirting with Fire and then continue onto Cristian and Vanessa's story in Crushing on the Cop, you will thank me for it later I promise.

Vanessa is tall, blonde, and of course gorgeous but she is also the Police Commanders daughter and because of that little tidbit she has always sworn off dating cops. That is until her friends step in and bet on Cristian Bianco for her at a charity fundraiser now she has to go on a date with him....or does she?!? Well, if it was up to her she wouldn't but to bad for Vanessa the universe has other plans.

Crisitian Bianco is the middle of the three Bianco Brothers but he has always been the one that kept everyone....well, lets say in line but it was much more than that, he looked out for them as if he was the eldest and it was his job to take care of his brothers. Personally, I love this quality about him. Cristian has many layers to him and I loved watching all of them peek through when he was with Vanessa. Especially when he found out the secret she had been keeping from him.

I am enjoying this series so much I really don't want it to end but sadly it will with Luca's book which will be out at the end of the year, Engaged to the EMT, and WOW the chemistry between him and Lauren....I just know they are going to be HOT together! If you enjoy rom-com this trilogy is a must read. Piper Rayne really does a wonderful job with bringing us a book that not only makes you laugh out loud but also makes you hot under the collar.  Happy Reading!!! 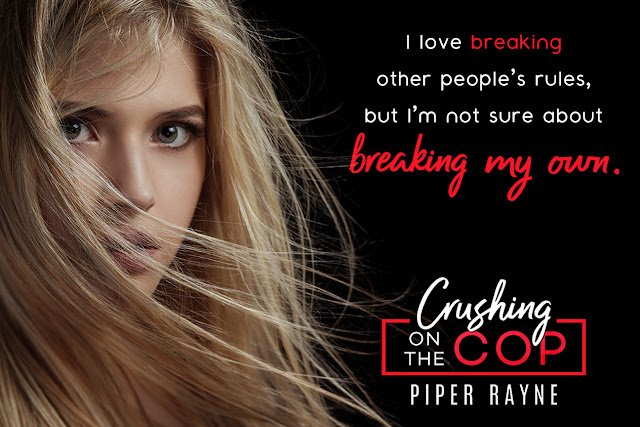 “Not on duty tonight, officer?” I insert sarcasm into my tone because being a bitch will make it easier for him to keep his distance.

I step away from the keg allowing the lingering guys who are talking about hockey a chance to fill their cups.

“That leaves me open for that date.” He cocks an eyebrow.

My head falls back in defeat. “There is no date. You have a pass. Most guys would love the chance to get out of a date with the person who wins them at an auction.”

I sip my beer and don’t respond. He’s right. He’s not most guys. Most guys don’t look like he does. That or I’ve been hanging around the wrong places.

“Some might say that most women would love to go on a date with a police officer.”

“I agree,” he says when he finishes laughing.

“Perfect. Then it’s a deal. No date.” I smile and turn on my heel heading toward the bonfire.

I spin back around.

“You know that’s not what I was saying. Come on, Vanessa. I need your dad off my back. One date. It’s not going to kill anyone.”

I purse my lips, trying to figure out how I’m going to get him to let this topic go. I’ve had one police officer dictating my entire life already, I don’t need another.

His strong shoulders sag a bit and he shoots me a look like ‘give me a break.’ His eyes are those of an innocent man who probably always does the right thing. I’m doing him a favor keeping him at arm’s length.

“Fine,” I say when the silence stretches out.

I hold a finger up into the air. “You do one thing tonight that you’d never normally do and I’ll go out with you.” I smirk. Let’s see Mr. Squeaky Clean take me up on that offer. I’m picturing my victory already.

“What?” He screws his face up then sips his beer.

I cross my arms around my middle, waiting for him to say no way so that I can move on. “You heard me. One spontaneous thing. Here. Tonight.”

“Like what?” he asks, his eyes scanning the area around us that I now realize is quickly emptying out. Half these people probably have babysitters to get home to.

His forehead bunches. “What do you want me to do? Jump over the fire or some shit like that?”

“I’d prefer if you didn’t end up in the emergency room, so no, I don’t expect you to jump over a roaring fire. That would ruin Maddie and Mauro’s night.”

A pissed off look crosses his face and he downs most of his beer.

“That’s it, let’s go, Cris. It’s two against two and I need a guy.” Luca, Cristian’s little brother, twirls a soccer ball on his finger as he steps up to us. Lauren follows behind with a girl I don’t recognize.

“What?” Cristian glares over at his brother. “I’m not playing soccer tonight in the pitch dark.”

He has a point.

“Come on Cris. Lauren says she can score five goals on me.” Luca glances over to Lauren who has a shit-eating grin on her face, and he rolls his eyes.

Cristian blows out a breath. Lauren saddles up to my side, kicking the soccer ball from Luca’s hands. She does some fancy footwork then kicks the ball in the air before catching it. That girl has coordination I do not.

“The answer is no. Find Bentley, he’s over there.” He points toward the bonfire.

Luca must know his brother never does something he doesn’t want to do because he barrels away from us without a word.

“What’s going on over here?” Lauren asks, walking backward, twirling the soccer ball on one finger like Luca was moments ago.

“Lauren, what’s the craziest thing I can do tonight?” Cristian hollers out and Lauren’s feet stop, staring at me over his shoulder.

She knows this game. We play it often. Well, not since college when guys tend to think they can say hello and you’ll be falling all over them. There’s nothing wrong with making them work to impress you a little. It builds character. LOL.

Lauren being Lauren pretends to think about it. In the past, we’ve had guys shave their heads or their eyebrows, dress in girl’s clothing, striptease with a pair of girl’s panties on. God knows what Lauren’s going to recommend.

“You’re a smart boy, Bianco. Turn the tables,” she says. “What’s the worst thing you could do to Vanessa tonight?”

I flip her off. Nice friend I got there. Who wants her?

A devilish smile creeps onto Cristian’s lips. “Anyone tell you, you’re a fucking genius, Lauren?”

She laughs. “All the time. Tell your brother for me though.”

Luca comes over, stealing the soccer ball from her hands, while a guy tripping over his own feet follows behind. The girl and guy standing on the sidelines watching Lauren and Luca argue about who goes first.

“Maybe a date with you isn’t worth the embarrassment?” He steps closer and I back up an inch, unease setting in as his demeanor grows more confident and sure.

He takes another giant step forward and sips the remaining beer from his cup, tossing it down to the grass, his gaze intense and set on whatever he’s about to do.

“What are you doing?” I ask, my voice weaker than I’d prefer.

We’re chest to chest now because he’s taken me by surprise and I forgot to flee with his approach. Okay and maybe his eyes mesmerized me. A little. Not much.

“I’m going to do the one thing I didn’t think I’d do tonight.” His voice has dropped an octave and we’re alone in the darkness of the forest now where the warmth of the bonfire has disappeared. A cold chill runs across my cheeks until Cristian’s hands land on either side of my face. “I’m going to kiss you.”

His lips fall to mine. Did I say it was cold? It’s not. It’s warm. Cristian’s mouth on mine steals the chill from my body. I should knee him in the balls or at least push him away, but I don’t. Instead, my lips betray me and move in time with his. I wrap my arms around his neck and I rise to my tiptoes, kissing him back.

His arms cradle me flush against his body, his tongue exploring mine and under the canopy of the forest, away from any prying eyes, Cristian Bianco sets my body on fire.

I love breaking other people’s rules, but I’m not sure about breaking my own. 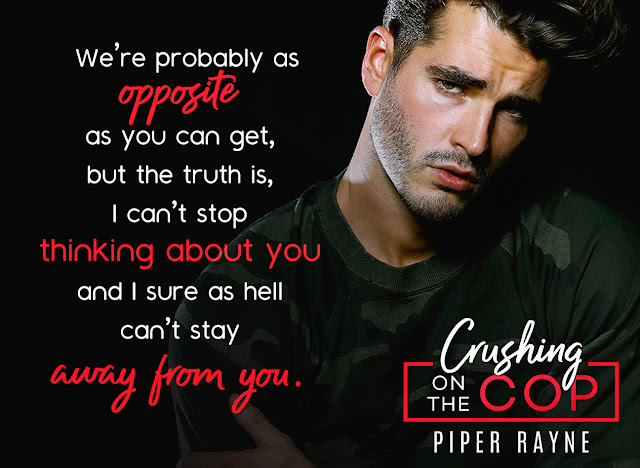 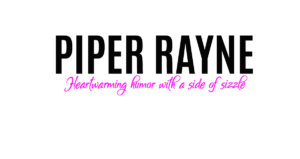