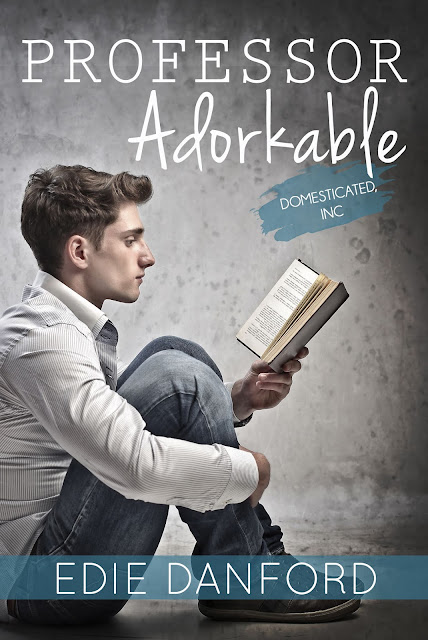 What happens when a star-gazing professor falls for his hot young housekeeper? One heck of an earthy explosion…

Professor Marek Janos's genius at analyzing stellar explosions doesn't apply to his own disordered world. Forgetting to eat, sleep, and leave his lab has triggered some epic personal disasters. When his family insists he hire live-in help, he discovers home life has awesome benefits. His new housekeeper's smile sparks more energy than a supernova. And the way he moves? It rocks Marek's galaxy.

Pete Schulz took a tough fall from his high-flying life in Hollywood. But how does a guy whose best skill is getting dirty clean up his act? His new gig with Domesticated Inc seems like a great first step. Keeping house for a nerdy young astrophysics professor is exactly the low-key, no-chance-for-trouble job he needs, right?

Living together is surprisingly easy for both men. And fun. And more than a little hot. It's when they're faced with the idea of living apart that the truly messy work begins…

Can I just say how adorkable this bookcover is! I normally don't comment about the book covers but once I saw this one I knew I had to read the book, it just called to me. I absolutely love it...so freakin cute! Edie Danford is a new to me author and I have to say I am sad that I haven't found her work sooner. Professor Adorkable is just that and on so much more. This book was so much fun to read, don't get me wrong while there were some light moments there were definitely some dark ones as well.

Pete, unbeknownst to me, has appeared in another book Unraveling Josh and from what I have gathered he wasn't a likable character in that book, that being said; this book can be read as a standalone and I did like Pete especially when it came to the way he cared for Marek.

Marek is from the Czech Republic and at times there were language blunders which I found really endearing. Marek's family worried about him being in the US alone especially after his last relationship so his Uncle Jakub went to Donesticated Inc. and hired Pete to be his live in housekeeper. I will not go into detail but Jakub treated his nephew as if he was a teenager and didn't know any better rather than the twenty-six year old man he was with a genius IQ.

Pete and Marek are already friends when the book starts so we do not get to see how they moved from boss/employee to friends and then to lovers, I wish we had because I have a feeling that would have made this a five star read for me. I really enjoyed this story and I look forward to reading the rest of the Domesticated Inc. series as each of the books are released.

Do I recommend this book? Absolutely
To Whom? Anyone (over the age of 18) that enjoys a good MM Romance that involves the friends-to-lovers trope or even the Boss/Employee trope.
Happy Reading!!! 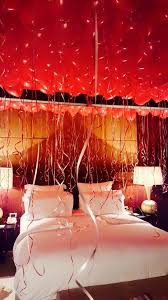 “Yeah, I know you can clean it up if given several hours,” Pete responds, his smile crooked. There are no signs of exasperation on his face or in his tone. No signs that he’s upset I’ve woken him up with the sound of breaking glass, and that his once-pristine kitchen floor is now covered with a mess I could have easily avoided if I’d been paying attention. “But it’s my job. Tomorrow morning your job is to go teach a class. You’ll sleep until eight, eat a good breakfast, and then be off.”

I raise my eyebrows. “That is exactly how it will happen?”

“What if I want to negotiate?”

“Yes. Things can be negotiated in a democratic household, yes?”

I smile. “We have no dictators here. Or kings or queens.”

“Well.” He snorts. “There is that matter of your uncle signing my paycheck. But I get what you’re saying, I guess. What were you interested in negotiating?”

“Tonight I feel…antsy? Unable to relax.” I move my shoulders up and down to show him all this tension I’m experiencing. “I’ll go upstairs and sleep, but first I would like company. To hang out with you. For a while.”

His mouth droops as he folds his arms across his bare chest and stares at me. “So you’re saying you’ll let me do my job. But only if I give up my free time for you?”

“Um.” It’s cool in the kitchen, but my face suddenly becomes steam-burn hot.

Damn. I’m incredibly bad at talking to him—or any guy—I find attractive. Doesn’t matter where I am—Prague, Pasadena, Chicago. My language barrier isn’t about Czech versus English. It’s about my head versus my tongue.

What I want with Pete is complicated, not simple. But, as usual, I’ve said words that could be construed as—

God, I don’t even know what.

“You suck at negotiating, Marek.” He says it with a kind note in his voice.

He sighs and runs his hand over his short hair—hair I want so fucking badly to touch. Is it bristly, soft? Would it sift through my fingers easily, or would it be like my hair and cling to my skin?

“I suppose we could listen to one Harry Potter chapter,” he says, lacking his usual enthusiasm for the idea. “But just one. And if you fall asleep or if I fall asleep or if we both fall asleep, it will be your job to wake up and go back to bed. No sleepovers. That’s a rule that’s not allowed to change.”

I swallow. Ordinarily I would give him shit about the unreasonableness of his request—if we’re asleep, how will we know we’re asleep and thus breaking his rules?

But I keep quiet tonight. I know I’m pushing him. I know he’s beginning to figure out I want more than just his company. So much more.

If this were a work-related matter, I would get my way with a few basic words. Logic applies in my lab. When it comes to my personal life, however, logic rarely applies. Basic words never seem to work.

If I tell Pete what I really want—to take him into his room, to put him on his comfortable bed, to kiss his clever mouth over and over and over, to blow him until his sweet hotness spills down my throat, to hold him tightly and use friction to excellent effect (inside or outside our bodies, I don’t care) until we both come—then he would say “no” quickly and firmly, and quietly shut that detestable door in my face. And I’ll be lucky if he’s still around in the morning.

The situation between us is confusing. I hope this is more than just his workplace. We are friends. He’s my best friend, actually. And he’s the one who makes this place a home.

Occasionally, I have a hard time understanding…what had my language tutor called it? Nuance. Nuanced meanings. Pete and I have a lot of nuances happening between us.

“One chapter would be good,” I tell him. “Chapter Twelve. ‘The Tri-wizard Tournament.’ I need to know all about it.”

He nods and tips his head toward the open door to his suite. “I’ll meet you in there.”

My heart bounces around in my chest—more zaps from that ionizer—but my head doesn’t like the take-care-of-business look on Pete’s face. No smile, no teasing, no dancing notes to the way his boots clap against the tile floor. He checks the locks and the deadbolts on the back door and walks toward his room.

He glances at his doorway and then me, his eyebrows rising. He looks as though he’s holding his breath, maybe holding back a sigh.

Maybe it would be better to give him space tonight. Better for me to be apart from what I want so much, but can’t have. I should walk away, go back to my room without bothering Pete.

I walk over to the sink and retrieve a glass from the nearby cabinet. I fill the glass half full at the tap and then drink. I set it down carefully. The water is cold, but my skin feels hot. I can feel Pete watching me, waiting.

My eyes shift to the hallway. But my feet carry me toward Pete. 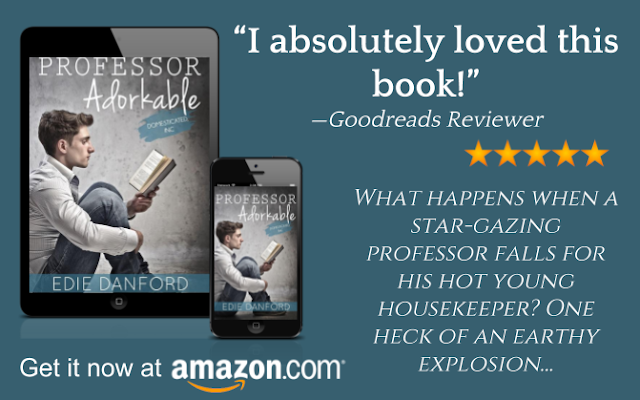 Edie lives in Vermont with her husband, two sons, and random creatures that might or might not be pets. She loves libraries (where she's found play, work, and love since she was a kid), long walks (unless ice is involved), lewd language (in the right context), luscious romance (of any variety), and alliteration.