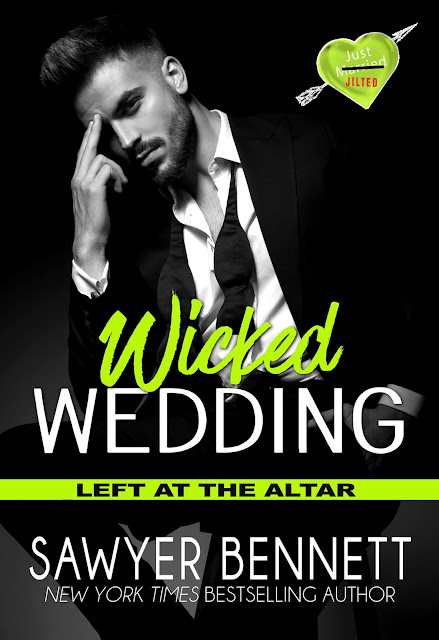 It all started with a wedding…

Well, three weddings, to be exact. The one that happened, the one that went up in flames, and the one nobody saw coming.

Andrew Collings has seen a lot of things living in Vegas. Hell, he’s done a lot of things. But one thing he’s never witnessed is a beautiful brunette, hitchhiking her way into the city, wearing a wedding dress. Until now, that is.

Brynne Adams is running away from a broken heart. She expected a lot of things from her wedding day but finding photos of her fiancé and maid of honor and best man in a compromising position wasn’t one of them. She most certainly never imagined that she’d end up marrying the handsome stranger that rescued her from the side of the road that day.

Andrew and Brynne’s quick nuptials may have been the result of a drunken joke, but they soon realize that love can be found in the most unlikely of places if you just stop and take a chance. 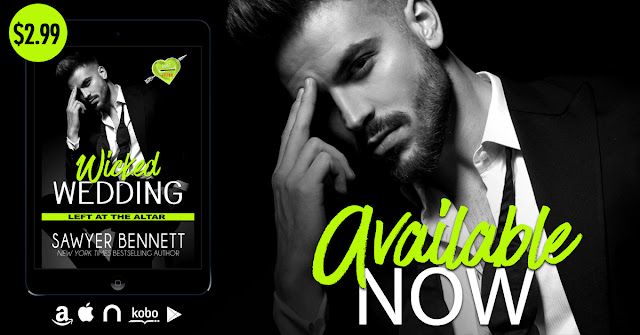 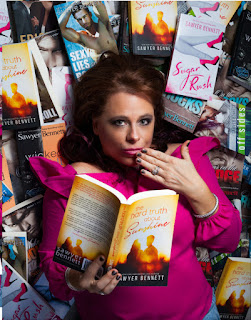 Since the release of her debut contemporary romance novel, Off Sides, in January 2013, Sawyer Bennett has released multiple books, many of which have appeared on the New York Times, USA Today and Wall Street Journal bestseller lists. A reformed trial lawyer from North Carolina, Sawyer uses real life experience to create relatable, sexy stories that appeal to a wide array of readers. From new adult to erotic contemporary romance, Sawyer writes something for just about everyone. Sawyer likes her Bloody Marys strong, her martinis dirty, and her heroes a combination of the two. When not bringing fictional romance to life, Sawyer is a chauffeur, stylist, chef, maid, and personal assistant to a very active daughter, as well as full-time servant to her adorably naughty dogs. She believes in the good of others, and that a bad day can be cured with a great work-out, cake, or even better, both. Sawyer also writes general and women’s fiction under the pen name S. Bennett and sweet romance under the name Juliette Poe.