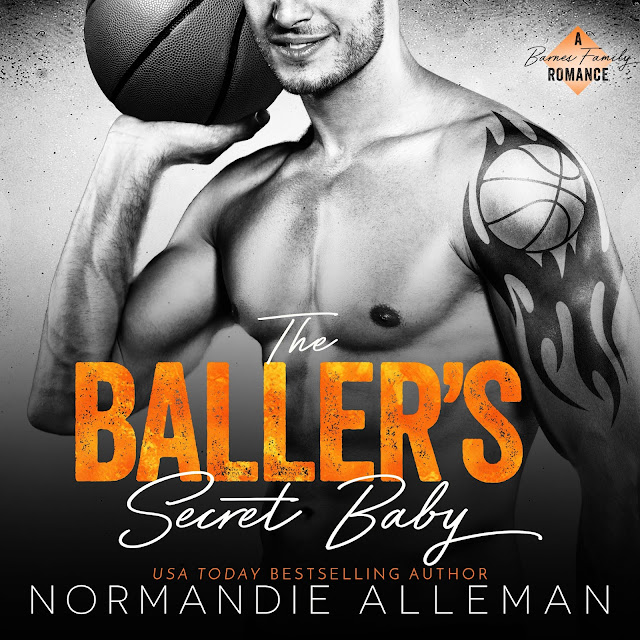 
He may be a player, but this stud’s not shooting blanks.


Nick
I’m nobody’s baby daddy. I don’t care how many stunning women throw themselves at me, looking to turn one hot night into an 18-year paycheck. I’ve got way too much on the line to throw it away for one night of pleasure.

Ball is life, and basketball is my first priority. I’ve got a championship to win.

But when I see that familiar face shaking her pom-poms on the sidelines, I’m transported back to childhood, back to the days before a fiery plane crash ripped us apart, forcing us to grow up overnight.

Those were the days when Eden Evans stole my heart. This time, I might be ready to give it right back to her.

I have no interest in a man who comes with groupies. With a rock legend for a father, I’ve seen the toll fame takes on a marriage. The last thing I need is a guy with more Twitter followers than Justin Bieber.

So when Nick Barnes dribbles his way back into my life, my heart and head go into battle. I can’t fight my desire for the sexy baller with his eight-pack abs and panty-dropping charm.

And when that little stick shows an unmistakable plus sign, suddenly everything is on the line.

With a secret baby on the way, will Nick realize that having the home court advantage is what he’s wanted all along?

This is a standalone romance novel with a HEA and no cliffhangers. Light on basketball and heavy on steamy romance, this is the first book featuring members of the Barnes family. 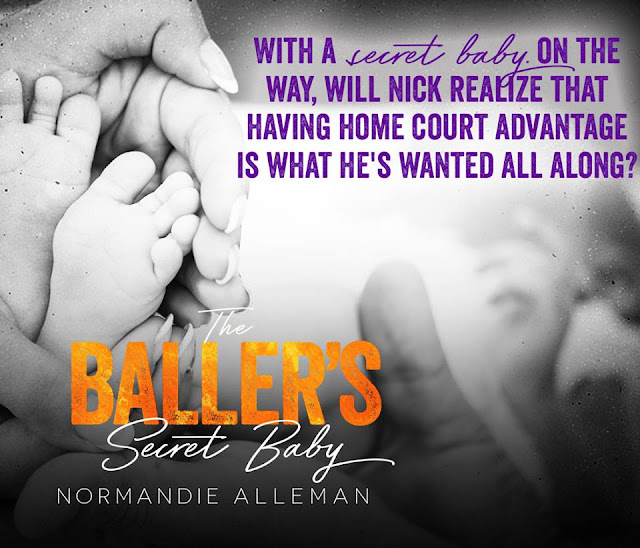 This was a great start to a new series by Normandie Alleman. The Barnes family is comprised of the Matriarch Lucinda who is also the Momager/Agent for all of the children, the Baller Nick, the Supermodel Dynassy, the twin Popstars Leo & Ivy. Lucinda's late husband (and father to all four kids) Ziggy was a 80's rocker that died in a plane crash several years earlier.

This first book in the series is based on the Baller ~ Nick. Nick is a player both on and off the court but when his personal assistant catches a women trying to keep his sperm (after a BJ without a condom) in order to impregnate herself he knows he has to change his ways.

Eden and Nick were childhood friends until their fathers died in a plane crash and her mother moved her to Texas. While Eden kept in touch with Dynassy (Nick's sister) she didn't stay in contact with Nick so Nick had no idea that they were living in the same area of Texas until he saw her cheering at a football game. But once he sees her all of his old feelings come raging back and he knows that he will stop at nothing until she is his again.

This story was so enjoyable to read, I loved the chemistry between Eden and Nick, the relationship he had with his sister, Dynassy, was so typical of a brother/sister relationship...you know where they want to kill one another one minute but didn't know what they would do without them the next, and his relationship with his mother/momager/agent was an interesting one. The only thing that really surprised me was the epilogue, it wasn't done in your typical fashion where it sets up the next book instead it was set up with the name of each of the major people in the book with a paragraph telling you a bit about what was happening with them. This was an interesting twist on things because it left Nick and Eden's story wide open for more development through each of the following books in the series. 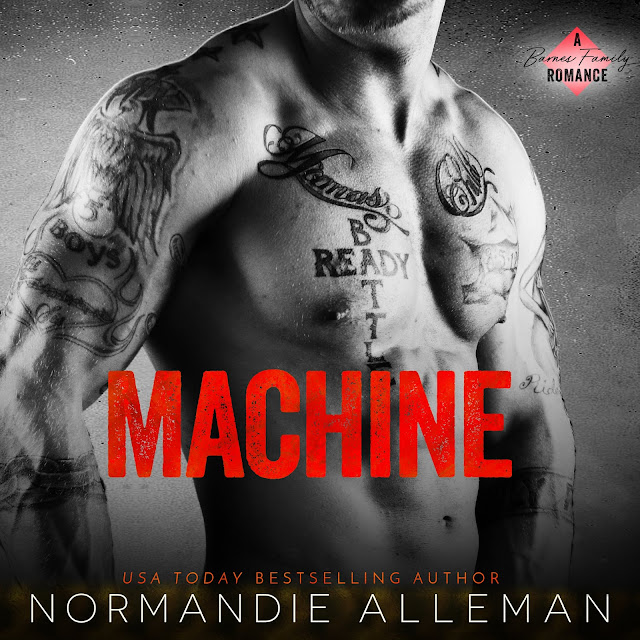 
America’s sweetheart needs to straighten up her halo.

But this solider’s machine just might knock it off completely.

Reality TV star Dynassy Barnes has to get her act together. Fame, fortune, a perfectly heart-shaped ass – along with her million social media followers – aren’t getting the job done. She needs a full demolition of her Online presence – and fast. When she meets the handsome and rugged former Navy Seal Bridger Thompson, Dynassy knows he’s the perfect trophy to flaunt to her friends and family.

Injured in combat, Bridger has had his share of setbacks and letdowns. He can’t quite believe his luck when the sassy and sexy Dynassy wiggles her way into his life. Their chemistry is undeniable. But Bridger has a powerful secret that threatens to ruin everything. Will exposing the truth about his secret life destroy the future they hope to build together? 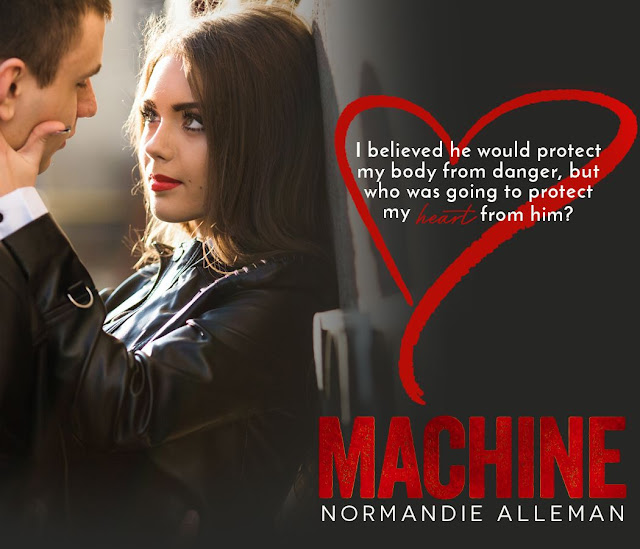 You see Bridger was injured in Iraq and since he didn't have function of a certain body part he created a machine that he hoped would satisfy his ex-fiance's needs....did you catch the ex part there? Yep they are no longer together so now he creates these machines and pays women to pleasure themselves with it on camera. This secret side of him if it came out could ruin Dynassy Barnes chances of cleaning up her bad girl image.

Will Bridger's secret come out? Will Dynassy clean up her image? Will they be able to work through things if secrets are revealed? Only one way to find out the answer to these questions - grab your copy today! You wont be disappointed. Machine is the second book in the Barnes Family series but it can be read as a standalone. 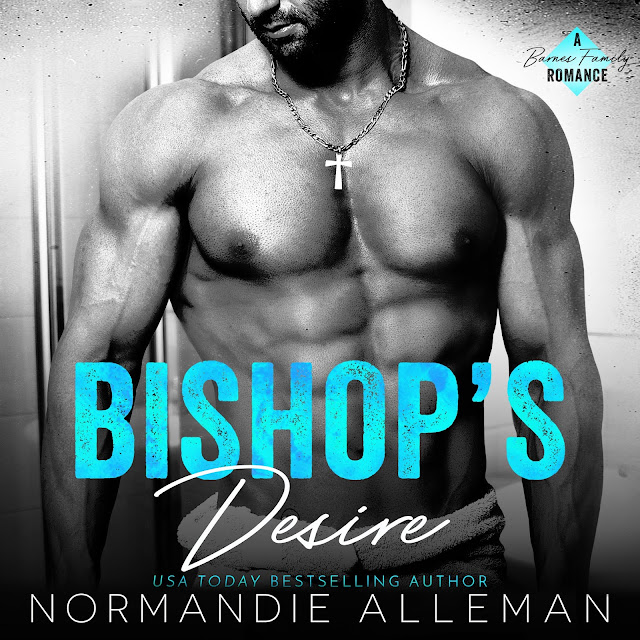 
While his sins may be his undoing, her love could prove to be the salvation he desperately needs.

Bishop Eduardo Soto has devoted his life to the church to pay for mistakes he made long ago. He didn’t expect a second chance in life, but once he meets Chloe, saving her is all he cares about.

Chloe Thomas dreams of leaving the Bourbon Street stage and owning a respectable business. She’ll do anything to make it happen, including agreeing to a marriage of convenience.

But when she’s offered the opportunity of a lifetime, will she leave her new husband behind after all he’s given up for her?

While Bishop’s Desire is part of the Barnes Family Series, it is a stand-alone novel that can be enjoyed without listening to the other audiobooks. 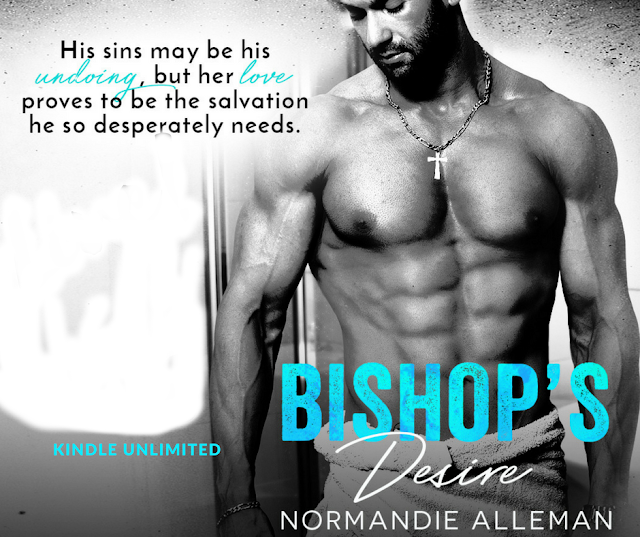 Bishop's Desire is the first book in this series I have had the pleasure to listen to. I really enjoyed both narrators, Aiden Snow and Alicyn Aimes, added an extra layer to the story which is always appreciated. Bishop Eduardo Soto and Exotic Dancer Chloe Thomas make an unusual couple for anyone looking from the outside in but these two have a lot more in common that one would have guessed.

After reading the first two books in the series I was wondering how Eduardo and Chloe's story would ties into the Barnes family series especially since neither of them hold the surname of Barnes but it is explained pretty quickly, and NO I am not going to tell you - you'll just have to grab your own copy and find out for yourself, I was pretty shocked by the revelation but really it shouldn't have been that surprising.

I loved Eduardo and Chloe together, their story was not smooth sailing but we do get an HEA along with what I hope is a glimpse into the next book..Leo's story (fingers crossed). If you have read any of Normandie Alleman's books before you know they are HOT and this one is no different, HOT and STEAMY is the way to go for the Bishop and exotic dancer. This is a quick read, or listen, and can be done in just an afternoon. This book can be read as a standalone but I recommend the series so why not read them in order that way you can follow each of the Barnes Family members as they find their HEAs.  Happy Reading!!! 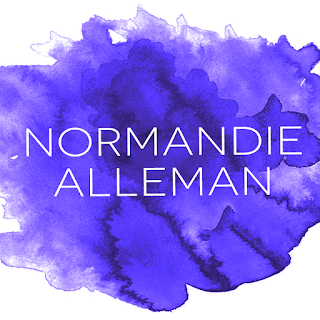 USA Today bestselling author Normandie Alleman is a former psychologist who has always been fascinated by human behavior. She loves writing quirky characters that are all too human. “I’m interested in the kind of relationships people have in real life. So I write about my characters’ messy, unpredictable, and inexplicable journeys to love.”

Normandie is a shameless basketball mom who lives with a houseful of teenagers, her own personal hero, and a pet pig who’s crazy for Red Bull. When she’s not writing or cheering for her favorite team, Normandie can be found listening to an audiobook or a podcast. 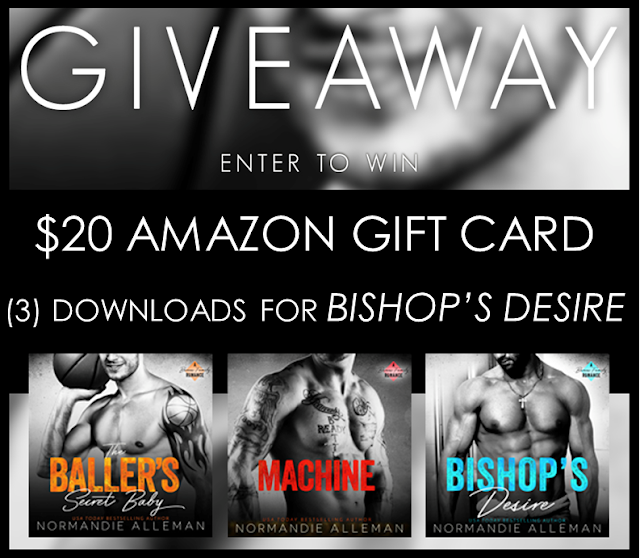