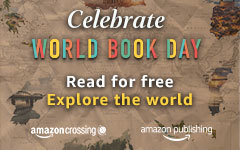 An Amazon Charts Most Read and Most Sold book.

The harrowing true story of one man’s life in—and subsequent escape from—North Korea, one of the world’s most brutal totalitarian regimes.

Half-Korean, half-Japanese, Masaji Ishikawa has spent his whole life feeling like a man without a country. This feeling only deepened when his family moved from Japan to North Korea when Ishikawa was just thirteen years old, and unwittingly became members of the lowest social caste. His father, himself a Korean national, was lured to the new Communist country by promises of abundant work, education for his children, and a higher station in society. But the reality of their new life was far from utopian.

In this memoir translated from the original Japanese, Ishikawa candidly recounts his tumultuous upbringing and the brutal thirty-six years he spent living under a crushing totalitarian regime, as well as the challenges he faced repatriating to Japan after barely escaping North Korea with his life. A River in Darkness is not only a shocking portrait of life inside the country but a testament to the dignity—and indomitable nature—of the human spirit.

The first novel by acclaimed Greek writer Lena Manta to appear in English translation, The House by the River is an intimate, emotionally powerful saga following five young women as they realize that no matter the men they choose, the careers they pursue, or the children they raise, the only constant is home.

Theodora knows she can’t keep her five beautiful daughters at home forever—they’re too curious, too free spirited, too like their late father. And so, before each girl leaves the small house on the riverside at the foot of Mount Olympus, Theodora makes sure they know they are always welcome to return.

A devoted and resilient mother, Theodora has lived through World War II, through the Nazi occupation of Greece, and through her husband’s death, and now she endures the twenty-year-long silence of her daughters’ absence. Her children have their own lives—they’ve married, traveled the world, and courted romance, fame, and even tragedy. But as they become modern, independent women in pursuit of their dreams, Theodora knows they need her—and each other—more than ever. Have they grown so far apart that they’ve forgotten their childhood house in its tiny village, or will their broken hearts finally lead them home?

On a hot July morning on Sweden’s idyllic vacation island of Sandhamn, a man takes his dog for a walk and makes a gruesome discovery: a body, tangled in fishing net, has washed ashore.
Police detective Thomas Andreasson is the first to arrive on the scene. Before long, he has identified the deceased as Krister Berggren, a bachelor from the mainland who has been missing for months. All signs point to an accident—until another brutalized corpse is found at the local bed-and-breakfast. But this time it is Berggren’s cousin, whom Thomas interviewed in Stockholm just days before.
As the island’s residents reel from the news, Thomas turns to his childhood friend, local lawyer Nora Linde. Together, they attempt to unravel the riddles left behind by these two mysterious outsiders—while trying to make sense of the difficult twists their own lives have taken since the shared summer days of their youth.

A charmingly warm and hopeful story of love, friendship, and the power of human connection. Award-winning Japanese author Shion Miura’s novel is a reminder that a life dedicated to passion is a life well lived.

Inspired as a boy by the multiple meanings to be found for a single word in the dictionary, Kohei Araki is devoted to the notion that a dictionary is a boat to carry us across the sea of words. But after thirty-seven years creating them at Gembu Books, it’s time for him to retire and find his replacement.

He discovers a kindred spirit in Mitsuya Majime—a young, disheveled square peg with a penchant for collecting antiquarian books and a background in linguistics—whom he swipes from his company’s sales department.

Led by his new mentor and joined by an energetic, if reluctant, new recruit and an elder linguistics scholar, Majime is tasked with a career-defining accomplishment: completing The Great Passage, a comprehensive 2,900-page tome of the Japanese language. On his journey, Majime discovers friendship, romance, and an incredible dedication to his work, inspired by the bond that connects us all: words.

International bestseller by one of Turkey’s most beloved authors

As the daughter of one of Turkey’s last Ottoman pashas, Selva could win the heart of any man in Ankara. Yet the spirited young beauty only has eyes for Rafael Alfandari, the handsome Jewish son of an esteemed court physician. In defiance of their families, they marry, fleeing to Paris to build a new life.

But when the Nazis invade France, the exiled lovers will learn that nothing—not war, not politics, not even religion—can break the bonds of family. For after they learn that Selva is but one of their fellow citizens trapped in France, a handful of brave Turkish diplomats hatch a plan to spirit the Alfandaris and hundreds of innocents, many of whom are Jewish, to safety. Together, they must traverse a war-torn continent, crossing enemy lines and risking everything in a desperate bid for freedom. From Ankara to Paris, Cairo, and Berlin, Last Train to Istanbul is an uplifting tale of love and adventure from Turkey’s beloved bestselling novelist Ayşe Kulin.

The Gray House is an astounding tale of how what others understand as liabilities can be leveraged into strengths.

Bound to wheelchairs and dependent on prosthetic limbs, the physically disabled students living in the House are overlooked by the Outsides. Not that it matters to anyone living in the House, a hulking old structure that its residents know is alive. From the corridors and crawl spaces to the classrooms and dorms, the House is full of tribes, tinctures, scared teachers, and laws—all seen and understood through a prismatic array of teenagers’ eyes.

But student deaths and mounting pressure from the Outsides put the time-defying order of the House in danger. As the tribe leaders struggle to maintain power, they defer to the awesome power of the House, attempting to make it through days and nights that pass in ways that clocks and watches cannot record.

The Question of Red tells the story of two lovers, Amba and Bhisma, driven apart by one of the bloodiest Communist purges in the 20th century—the massacres that took place in Indonesia between 1965 and 1968, during which nearly one million people were killed.

From rural Java and Yogyakarta to the prison camps of Buru Island (where 12,000 alleged Communists were incarcerated without trial during the Suharto administration), the lives of the central characters interpret the Mahabharata—that timeless allegory of war within a family—with a modern twist.

A haunting and hopeful tale of discovering light in even the darkest of places.

For his whole life, the boy has lived underground, in a basement with his parents, grandmother, sister, and brother. Before he was born, his family was disfigured by a fire. His sister wears a white mask to cover her burns.

He spends his hours with his cactus, reading his book on insects, or touching the one ray of sunlight that filters in through a crack in the ceiling. Ever since his sister had a baby, everyone’s been acting very strangely. The boy begins to wonder why they never say who the father is, about what happened before his own birth, about why they’re shut away.

A few days ago, some fireflies arrived in the basement. His grandma said, There’s no creature more amazing than one that can make its own light. That light makes the boy want to escape, to know the outside world. Problem is, all the doors are locked. And he doesn’t know how to get out.…

“Listening to stories gives you many lives, telling them dims loneliness." —Marcela Serrano

Nine Chilean women from vastly different backgrounds have been brought together by their beloved therapist, Natasha, to talk about their lives and help each other heal. From a teenage computer whiz confronting her sexual identity, to a middle-aged recluse who prefers the company of her dog over that of most humans, the women don’t have much in common on the surface. And yet as they tell their stories, unlikely common threads are discovered, bonds are formed, and lives are transformed. The women represent the many cultural, racial, and social groups that modern Chile is composed of—from housekeeper to celebrity television personality—and together their stories form a pastiche that is at times achingly sad, and at other times funny and inspiring. This is an intricately woven, beautifully rendered tale of the universal bonds between women from one of Latin America’s most celebrated novelists.

I hope you pick up one if not all of these amazing reads. Remember they are only free on Amazon through Tuesday, April 24th.