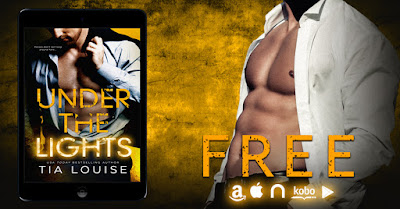 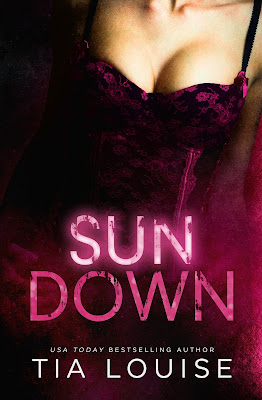 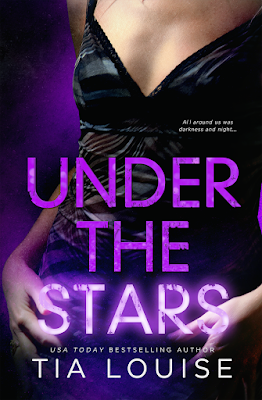 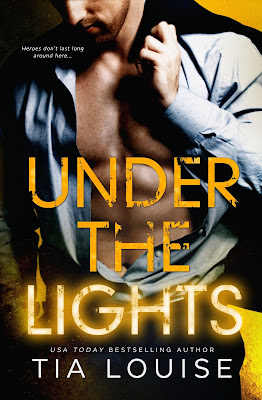 Heroes don’t last long around here…
Fall in love with the sexiest girl in New Orleans?
Check.
Prepare to die for her?
Double-check.
Larissa is the most beautiful woman I’ve ever seen.
She’s the rising star of the Pussycat Angels, the hottest burlesque show in the French Quarter.
I’ll never forget the first time I saw her.
The curve of her breast outlined by sparkling rhinestones.
Slim hips wrapped in black fishnets.
Long, dark hair…
She’s the Dark Angel who stole my heart.
Her body is intoxicating, our love overwhelming.
Cat eyes and blood red lips.
Sizzling fingers on white-hot skin.
I couldn’t keep my hands off her…
But her fame had a dark side,
A sinister shadow lurking under the lights.
I would do anything to save her…
He would do anything to see me dead.

Strangers on a train; names on a list.
It’s a simple job.
In and out, instant karma.
Then he appears to derail everything.
He’s the boy I haven’t seen in five years.
He’s the boy who wanted to be my hero, who I thought died fighting the demons.
Only he didn’t die.
He survived, and now he’s a man.
Worse, he’s a cop.
He’s gorgeous and strong, and the best sex I’ve ever had.
He’s my dream come true…
But this train has left the station, and there’s no turning back.
Payback arrives at sundown.
(Sundown is a novella that should be read between Under the Lights and Under the Stars.)

All around us was darkness and night…
I’m not a hero. I’m a survivor.
I had one way out, and I took it.
Now all I want is peace,
A place to pick up the pieces and start over.
But she wants justice.
Names on a list, faces in the crowd.
I vowed to help her, but it’s taking us back to the demons.
Until he appeared.
I thought he died in the fight.
I was wrong.
He’s here.
Stronger, more powerful… Sexier.
And dangerous.
The boy I loved is now the one man we have to fear most.
When he tried to save me, he had no power.
Now everything has changed, and he’ll never stop until I’m his.

Tia Louise is the USA Today best-selling, award-winning author of When We Touch, the “Bright Lights,” “One to Hold,” and “Dirty Players” series, and co-author of the #4 Amazon bestseller The Last Guy.
After being a teacher, a book editor, a journalist, and finally a magazine editor, she started writing love stories and never stopped.
A lover of the beach, sexy romance, dark chocolate, and sparkling wine, Louise lives in the Midwest with her trophy husband, two teenage geniuses, and one grumpy cat. 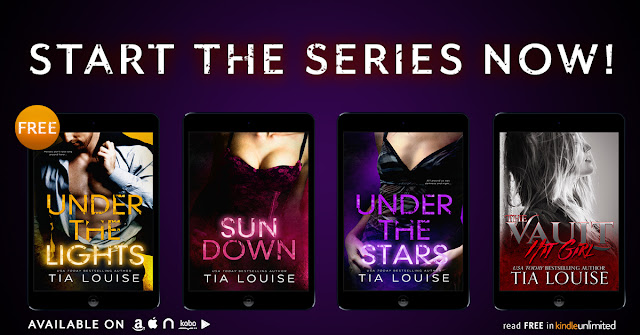