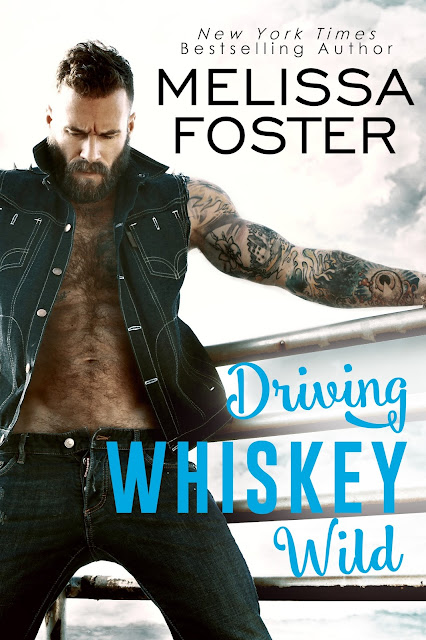 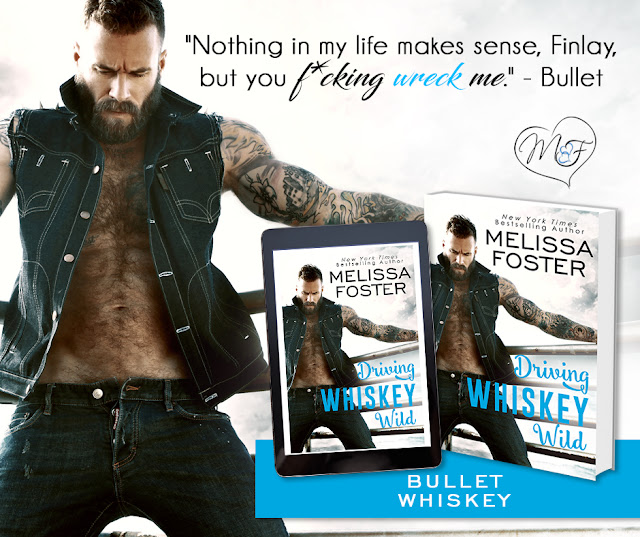 Special Forces veteran and Dark Knights Motorcycle Club member Bullet Whiskey lives to protect his family, their bar, and the residents of his small hometown. He’s rough, unapologetic, and haunted by a secret, painful past. He’s also a master at keeping people away, and when his sister hires gorgeous and sweet Finlay Wilson to help expand their biker bar, he knows just how to get rid of her.

After losing her boyfriend and her father, Finlay moves back to her hometown to be closer to the little family she has left. She needs her temporary job at Whiskey Bro’s to get her catering business off the ground, and she’s determined not to let the gruff, arrogant mountain of a man Bullet Whiskey scare her off.

Finlay is everything Bullet has never wanted. She’s afraid of his dog, afraid of motorcycles, and sweet enough to give him cavities, but as she weaves her way into the hearts of everyone around him, he’s powerless to resist her charms. Passion ignites, but trust doesn’t come easily, and when their pasts collide, Bullet finds out the true meaning of protecting those he loves. 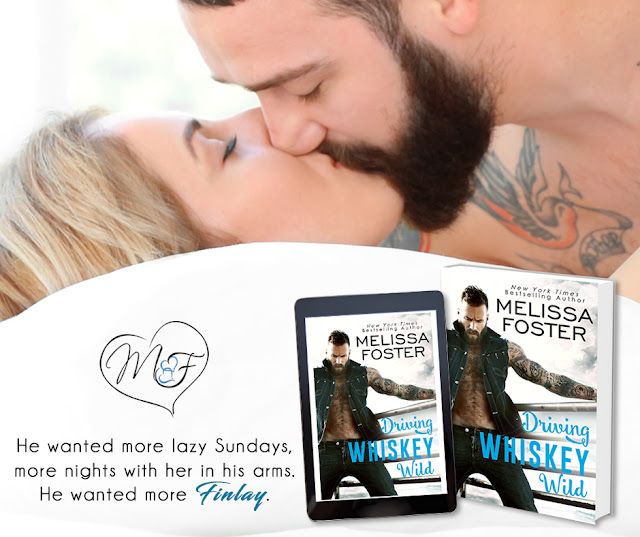 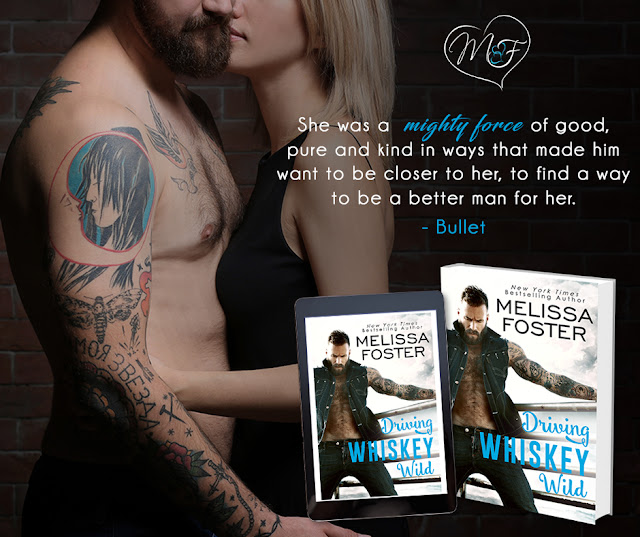 I read this book a few months ago when it was released as an eBook and really enjoyed it so when I was given the opportunity to get an advanced copy of the audiobook I jumped on it. Not only did I enjoy the narrator (Paul Woodson) but listening to the book come alive lead to me to taking my four star review and making it five! Being able to listen to the book added a new dimension to the story which I absolutely loved.

While Driving Whiskey Wild is the third book in The Whiskeys Series it can be read as a standalone which is exactly how I read it. Did I feel lost at all because I hadn't read the previous books? Not at all. This is one of the things I like most about Melissa Fosters books, you can read any of them in any order and never feel lost, but honestly her books are so enjoyable you'll want to read them all.

Bullet and Finlay have this opposites attract, bad boy / good girl, chemistry that was so hot I wondered if my kindle would melt. My heart broke for this tough, motorcycle club leather wearing, badass biker. He went through so much in his life always the protector of others even when it took the ultimate toll on him leaving him with a sever case of PTSD after being medically discharged from the military. Tinkerbell, Bullet's rottweiler, seemed to be the only thing that helped him with his flashbacks, well that was until Finlay came into his life.

I love this cute little chef, Finlay was dedicated to starting up her own catering business but I'm pretty sure she didn't expect the changes that would come to her life when she agrees to help Dixie with the expansion of Whiskeys Bro's. I enjoyed watching Finlay overcome some of her fears with the guidance of Bullet, this big strong man had a tender heart and an even more tender hand when it came to Finlay, something neither of them were use to.

This was a sweet and sexy read that had me tearing up a few times so you may want to keep tissues handy just in case. 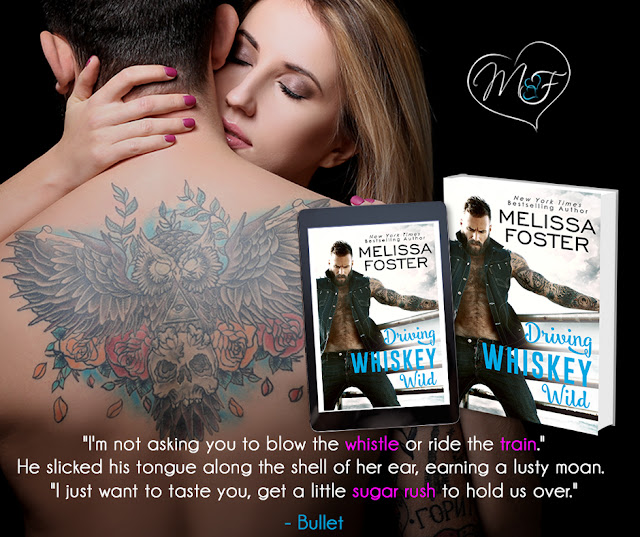 
“Do you want to go out with me, Finlay? Or are you playing some sort of game?”
“I don’t know,” she said honestly, throwing her hands up, frustrated with her own confusion. “Yes…Wait, no. Yes…”
He cocked his head with a perplexed expression.
“I’m sorry! I’m really confused. You mess with my head. Or rather, you’ve been messing with my head since the wedding. But that’s not your fault. And now I’m rambling, but I want to be honest with you. The truth is, I’m curious about you. Maybe more than curious,” she said, moving around him so she could pace. “But I don’t know what you expect from women, and I don’t know anything about your biker lifestyle. I don’t think I’m a biker girl. But I don’t really know that. I do know I’m probably not like the women you’re used to, and motorcycles scare me. And sometimes you scare me. Not you, you, but the idea of you, because I’m not sure who you really are. But you also turn me on, which makes it all even more confusing.”
A slow grin spread across his face.
“See? That smile makes my stomach go all sorts of crazy.”
“Call me nuts, but I think that’s a good thing, Fins.”
The endearment also made her insides flutter. But none of that came close to the worries welling up inside her right that second as the big, confident caretaker to all around him stood looking at her like he was hanging on her every word, and the truth came tumbling out. “I haven’t been with a lot of guys, and like I said, I don’t know what you expect. You’re all power and”—she tried to use her hands to emphasize her thoughts, but she ended up looking like she was imitating a bear, with claws extended—“sexuality, like you’re ready to swoop in and devour me. But I’m not sure I can handle being devoured, because it’s been so long since I’ve even kissed a guy that I might have…”
He stepped closer as slow as could be and placed a hand on her hip. She was mesmerized by his gentle approach and the touch of his hand as he brushed her hair over her shoulder, holding her gaze so intensely, she couldn’t speak. His hand slid softly to the nape of her neck, then into her hair, until his long fingers cradled the back of her head. His other arm circled her waist, holding her against him.
“Forgotten how…” she whispered.
He gave her plenty of time to pull away, to tell him no, but her voice was silenced by the throbbing of her heart, the wanting in her head. As he lowered his face toward hers, she went up on her toes, bracing for a fierce, possessive kiss. But his mouth came gently down over hers, drawing a breathy sigh. His lips were warm and soft, his hands hard and hot, and her body was a vibrating mess. His beard scratched her cheeks, sending swirls of desire spiraling through her core. He pressed her tighter against him, angled her head and kissed her harder. His tongue swept across the seam of her lips, and she surrendered to his masterful seduction. His whole body beat against her like a pulse, bringing a surge of lust from some forgotten place inside her. He took the kiss deeper, tasting every dip and swell of her mouth, and a heady sound rumbled in the back of his throat. And oh, how she loved that! She’d never been kissed so thoroughly, been wanted so desperately. She never imagined that the man who was forward motion personified could harness that power and deliver it with such all-consuming passion. She couldn’t resist lifting higher on her toes, clawing at his shoulder, trying to taste more of his sweet and sinful desire. He was right there with her, gripping her waist as he lifted her off her feet, holding her against his hard frame, her legs dangling off the ground as he kissed her breathless. She was so lost in the slide of their tongues, the purely male, utterly unique taste of him, time failed to exist. They could have been kissing for hours, maybe even days. By the time her feet touched the ground, her noodle legs refused to work. But they didn’t need to. Bullet was still holding her tight, kissing her softer now, his scratchy beard trailing after his lips across her jaw, all the way to her ear.
His warm breath seeped into her skin as he whispered, “I think you remember how to kiss just fine. Go out with me, lollipop. You don’t have to be a biker girl. Just be my girl.” 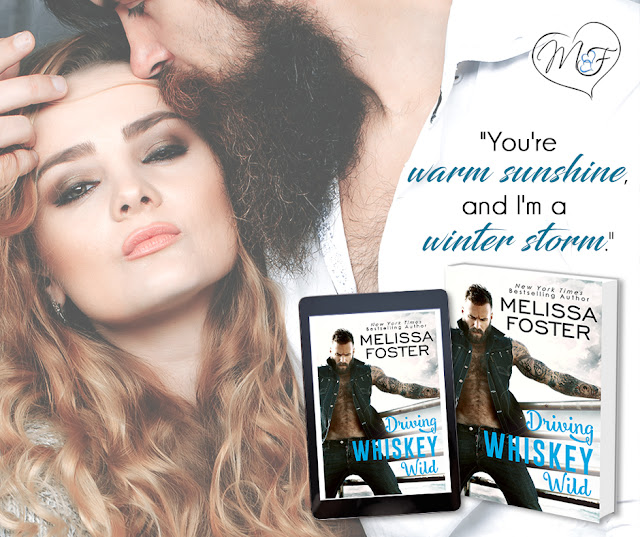 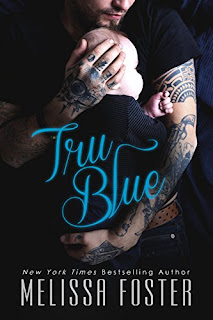 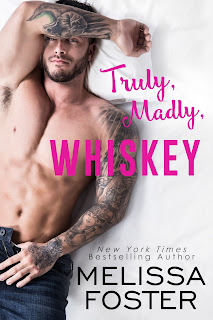 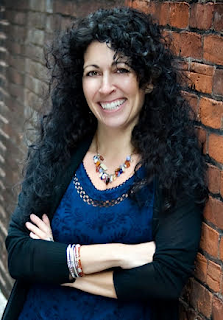 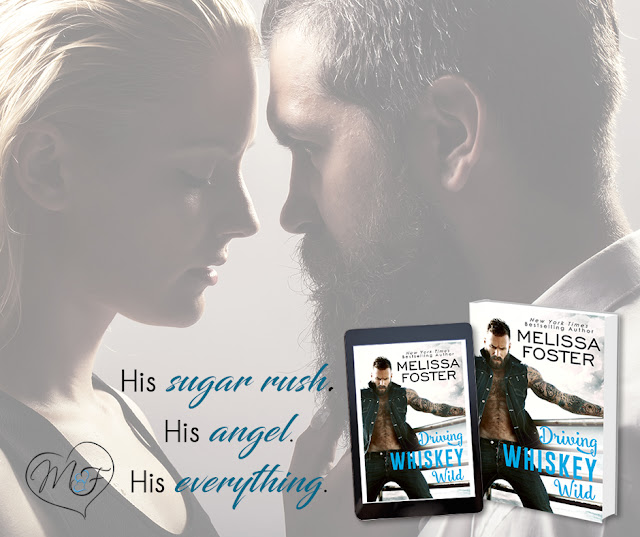