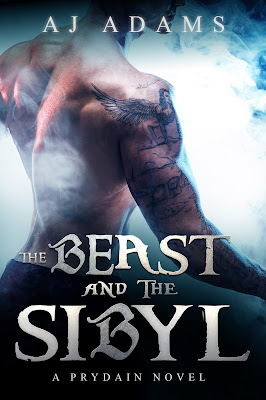 The Beast and The Sibyl

A Prydain novel
By AJ Adams

The Beast and The Sibyl is part of the Prydain series and it follows Beast, a very dark romance. However, this novel can be read as a standalone, and unlike the first novel it’s a paranormal romance.

He’s a vicious Beast, violent and dangerous. Bliss knows she ought to walk away. After all, she has a dark and dangerous secret to preserve. When she can’t leave him to burn, her rescue tumbles them both into danger, adventure and romance.

Buy The Beast and the Sibyl Universal Link

“We caught a Beast! A real live poxy Beast!”
Bastards. Calling us beasts while they cheat, steal, and lie. I got kicked in the ribs, a whip laid about my shoulders, and all the time they were screaming.
“Hang him!”
“Beat him!”
“Kill the Beast!”
Then I saw her. She was standing there, staring right into my eyes. For a moment, I thought I was looking at a Valkyrie, one of Valhalla’s shield maidens. She had hair the colour of ice, and eyes as blue as the sky. Tall, willowy, and silent, she looked unworldly. There was a wolf at her side, too.
I blinked, expecting her to vanish, but it wasn’t a vision. She was real. The knowledge hit me with a punch that sucked the breath out of me. She was one of us, a Skraeling of Thule.
She leaned on the wolf, controlling it with a touch of her hand. “Lady Freyja always advises counsel before action.”
A Skraeling woman who invoked our goddess yet who was a traitor. I was filled with sudden hate, poisoned by the thought of one of our own people contaminated by foul betrayal.
If the will were a weapon, she would have fallen on the spot. Instead, the world blurred again. I think I passed out for a few moments because when I opened my eyes, he was there. The Patriarch. A cheat, a liar and all-round scum bucket.
He certainly hates us Skraeling. “Glorious Ullr will bring us wise counsel. And tomorrow we will flog the Beast to cleanse him of his sins, and then we will burn him alive!”

A.J. Adams is a new author to me but I have friends on Goodreads that read the first book in this series and gave it high ratings so when I had the opportunity to read a copy of The Beast and the Sibyl I took it and I am glad I did. Not only did it turn me on to a new author but it gave me a new series to follow. This book can be read as a standalone, which is what I did, but after reading The Beast and the Sibyl I find myself wanting to go back and read the first book in the series Beast.

This story had me thinking What would I do if I could see the future? because Bliss, the Sibyl, is able to see parts of the future. Would I do what she did or would I do things differently? But what I think I would have done or not done with these special powers is irrelevant because this is Bliss's story not mine, but I have to say that I did agree with the majority of things she did and didn't do.

The Beast, Siv, was an interesting character whom I felt myself rooting for from the very beginning. Nothing seems to have come easy for either Bliss or Siv and I think that is why they worked so well with one another. I don't want to give anything away with spoilers so all I can say is that Siv and Bliss take us on a journey that a lesser pair wouldn't have made it through. 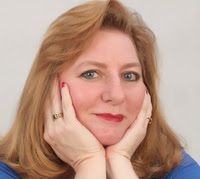 AJ Adams is a Scottish-Dutch author currently living in Malaysia. In her regular life she is a columnist and feature writer. She works from home, where she is closely snoopervised by cats, Target, Guido and Swooner.

AJ Adams Dirty and Dangerous Romance Blog
AJ Adams on Goodreads
AJ Adams Facebook Page
If you want to catch the next book and get DISCOUNTS, sign up for the AJ Adams newsletter
at August 30, 2017