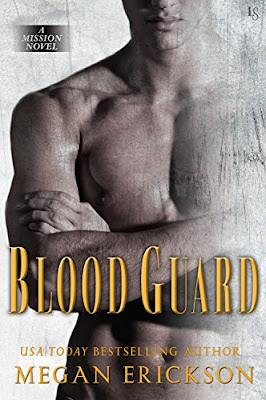 Check out this amazing EXCERPT of Blood Guard by Megan Erickson!
Coming soon on September 12th, you'll want to sink your teeth into this romance! 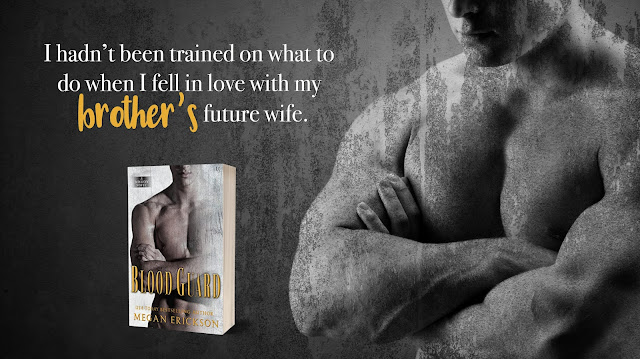 “Megan Erickson knows how to bring the heat! With a kick-butt heroine and a hero to die for, Blood Guard kept me reading all night long.”—New York Times bestselling author Tracy Wolff 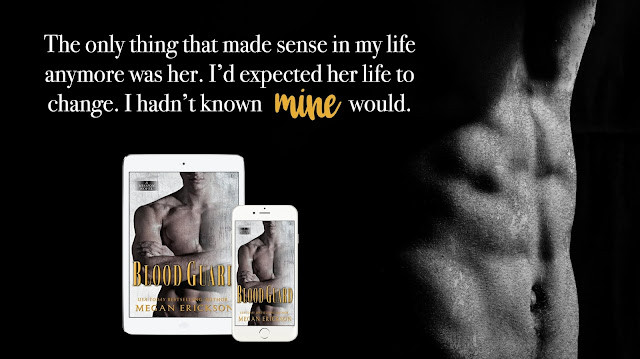 
Tendra: One minute, I’m a bartender in gritty Mission City; the next, I’m whisked away by a vampire named Athan who tells me that I’m the lifeblood of his clan. It sounds unbelievable, but he’s got evidence I can’t deny. Turns out, Athan belongs to an underground society of vampires who feed only on humans with their consent. Their enemies have no such qualms, and they want me dead. The only thing standing in their way is strong, sexy Athan. And the closer we get, the more tempted I am to let Athan feed. . . .


Athan: How could I have known when I snatched this snarky, beautiful human off the streets that she would change my destiny? As a loyal soldier, I must deliver Tendra to our future king—my brother. Empowered with the blood of ten generations of the Gregorie breed, she is fated to rule as our queen. But there’s something between us that’s so intoxicating, so carnal, I can’t help wanting Tendra for myself . . . even if it’s treason. 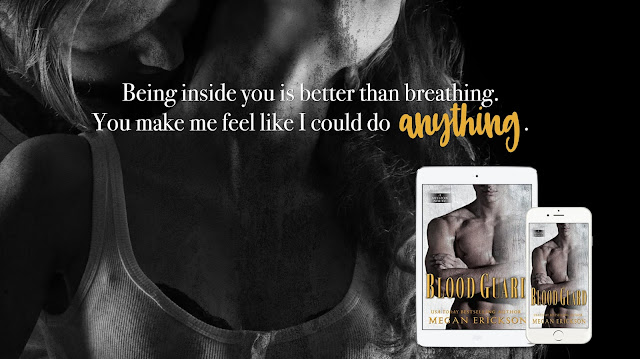 
The panic welled in my chest. I was trapped in a strange apartment with a strange man who probably outweighed me trifold. I opened up my mouth to scream but he held up his hand and said in a deep voice. “You scream, and I’ll just put you to sleep again.”

My jaw snapped shut. I focused on breathing. In and out. In and out. I wanted to thrash and yell, and holler, but he’d somehow knocked me out before and I would be useless if he did it again.

I glanced around. The only light was from a small, dim bare bulb above us. The rest of the room was in shadow. There was nothing I could use for a weapon, not even my shoes. I focused back on the man in front of me. “How’d we get here?”

“I carried you,” he answered, his voice a rumble that I felt down to my bones.

Something moved in the corner of my vision and I peered into the dark. A form materialized, and I must have been dreaming still because Brex was there. He stalked toward me, rubbed against my leg, then sat down by my feet like a feline guard. I tried to be calm, but I was close to losing it. I didn’t date. Was this how people dated now? Maybe it was a thing. “Why is my cat here?”

My captor didn’t move, and half of his face was in shadow. “I brought him.”

“I didn’t need your ID.” His eyes narrowed slightly. “I’ve been watching you.”

Oh, just fucking great. A stalker. I’d be lucky if I made it out of here without him wearing my skin like clothes and my head in a freezer. “Okay, cool. Well, uh, hi. I’m Tendra. I applaud you for your unconventional, um, greeting. Want to untie me? We can go for a drink. I make a mean screwdriver.”

Confusion flickered over his face, then his scowl deepened, like uncertainty angered him. “No.”

I didn’t want to make him mad, but I’d never been great at keeping my mouth shut. Sometimes me opening my mouth was the reason we had to move. “Do you want money? Because I’m sorry to say, you kidnapped the wrong girl. Especially because I just paid rent. I’m eating peanut butter out of the tub for the next week.”

Again with the angry confusion. He rubbed his forehead. “I don’t want your money.”

I gritted my teeth. “Well, now you have me here. What do you plan to do to me?” The panic was slowly switching over to anger, the fight instinct my mother instilled in me strong as ever. If he was going to kill me, maybe I could piss him off enough that it would be quick. “Because I’ll tell you right now, I will fight you to my dying breath and then come back from the dead and haunt you until I convince you to cut your own dick off.”

I was signing my death warrant, but I couldn’t resist getting a shot in. “Fuck you, you creeper.”

His chest rose as he inhaled sharply. “Right, so let’s have it out. I’m your guard, because you’re destined to be delivered to my older brother in order to make our clan stronger.”

I didn’t move. Not an inch. Because holy shit, not only was he a creepy stalker, but he was out of his gourd, too. I couldn’t just have an evil stalker. Oh, no, I had to have a lunatic one, too. Zero of what he said made sense, so I focused on one thing at a time. “Excuse me? Clan? What are you, cavemen?”

I thought he’d take offense, but instead he just looked bored. “No, not cavemen. Vampires.”

But nope, he was still there. This was still happening. Only me. If I made it out of here alive, what a story I’d have to sell about my stalker who thought he was a vampire. I had visions of the guy trying to bite my neck with his blunt teeth. Which made a giggle bubble up in my throat, which turned into a laugh, which turned into me throwing my head back in hysterical laughter until tears streamed down my cheeks.

When I dropped my head and focused on him through my tears, he was watching me carefully, that impassive expression still on his face.

He reached down and picked up Brex by the scruff of his neck, which immediately ceased any and all amusement on my part. “If you hurt my cat, swear to God—“

Brex yowled and swiped a paw across the man’s face. A thin line of scarlet bloomed on his cheekbone before the man dropped Brex, who scurried off to hide under a small table near an old couch. “Good job, Brex!” I shouted after him. “Now come back and finish the job!”

I turned to my stalker, and whatever I was about to say died in my throat. I watched as the cut sealed up and vanished before my eyes.

No mark, no blood. No nothing.

And those dark eyes were still trained on me. 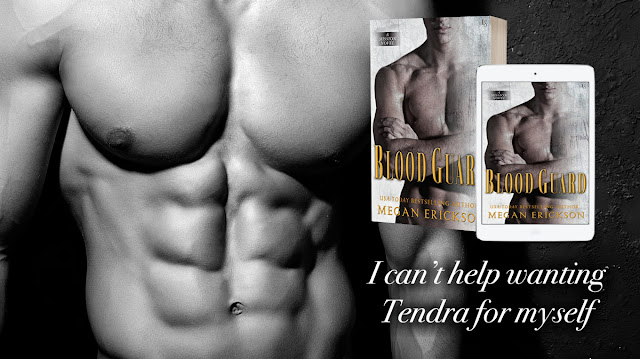 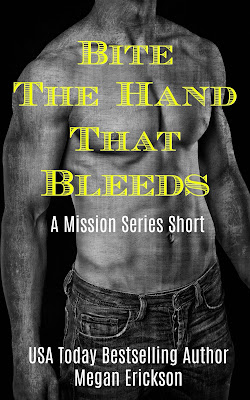 BLOOD GUARD releases September 12, and to get you in the mood and introduce you to Mission City, here's a FREE short story that is completely standalone!

BITE THE HAND THAT BLEEDS by Megan Erickson is totally FREE!
Download it here: https://www.instafreebie.com/free/4xBMx

I think you'll want to read about what happens when Roxy heads underground to a vampire club and meets Dru. Spoiler: Sexy stuff happens. A lot of it. Oh, and there are fangs involved. 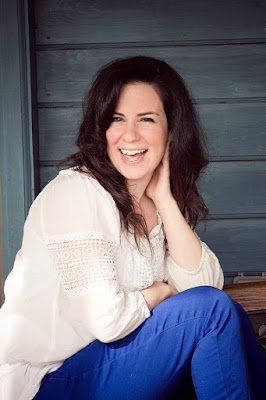