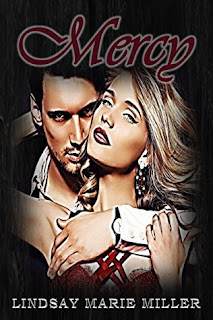 
Nineteen-year-old Anna James is an Ex-President's daughter with a bounty on her head. A sudden thirst for teenage rebellion lands her in a crowded night club, where she locks eyes with a beautiful stranger across the room.

Ten years her senior, elusive and brooding Julian rescues Anna and then whisks her away to an undisclosed location in the wilderness. But Julian is like a force of nature—cold as ice one minute, warm and tender the next. Frightened and distressed, Anna is reluctant to trust her hero.

Especially when she discovers that Julian is the man hired to kill her.

This was the first book that I had read by Lindsay Marie Miller and I have to say I like what I read and will be reading more of her work.

In this book things aren't exactly as they seem. Anna is taken because being the former President of the United States daughter there is a huge bounty on her head, but the question isn't who has taken her the question is why.

Julian is a man of mystery and we don't find out his true motives until were well into the story. This a Stockholm syndrome story of sorts but its more than that. Much, Much more! 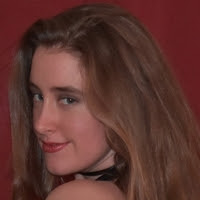 LINDSAY MARIE MILLER was born and raised in Tallahassee, Florida, where she graduated from high school as Valedictorian. At sixteen, she started writing her first novel, Emerald Green, after being inspired by Stephenie Meyer's International Bestselling Twilight Saga. During her time in college, Lindsay wrote 5 more novels and over 100 songs. After graduating Summa Cum Laude from Florida State University, she put her B.A. in English Literature to good use and published her debut novel, Emerald Green. An author of over 10 Romance Titles, Lindsay currently resides in her hometown of Tallahassee where she is always working on her next novel.To learn more, please visit www.lindsaymariemillerauthor.com