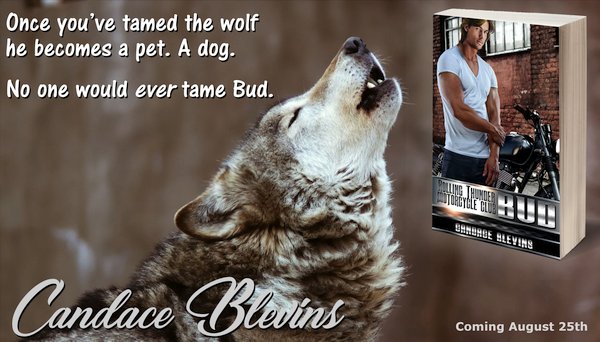 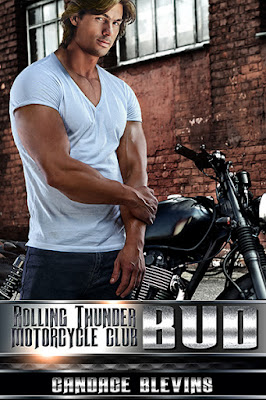 
Nickie’s an investigative journalist who recently faced some of the worst men she’s ever confronted — which would’ve been fine if the FBI hadn’t lost them when she’d practically handed them over on a silver platter.

She vacations in Cancun to get away from the horrors she saw while probing into the human trafficking organization, and doesn’t expect they’ll be able to find her while she travels under another of her pen names.

Bud is in Mexico on club business, staying in a Cancun resort dressed as an American businessman. He meets the beautiful Nicole and gets caught up protecting her when he discovers she’s all alone in Mexico with human traffickers after her. She’d paid the resort extra to provide protection services, but Bud fears the bad guys have outbid her and bought her security out from under her. 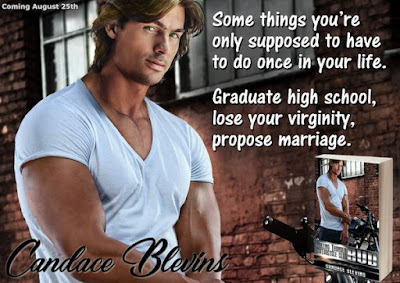 FINALLY!!!! I have wanted Bud to get his HEA for soooo long and it's finally here! Bud has been single ever since his wife was killed in a car accident 20+ years ago; he never thought he would find someone that he would want to spend forever with again. But that all changes when he meets Nickie while in Cancun.

Nickie is one hell of a female character, shes strong and fierce when she needs to be, she's also soft and vulnerable when its called for. Bud is a true alpha male who likes to be in charge but he doesn't need a woman to be submissive to him outside of the bedroom, which makes Nickie so perfect for him. Nickie's life is in danger and Bud will do everything he can to make sure she's safe, but Nickie is no pushover she can handle the bad guys without Buds help....guess how well that goes over. LOL

Bud is the President of the Rolling Thunder Motorcycle Club, Atlanta Chapter, and he has made an appearance in many books in this series and I always had a soft spot for him and it totally has to do with the way he is with his daughter, Angelica, (you can find Angelica's HEA in Bash). Any man that puts everything he has into raising his daughter like the princess she is gets major points in my book, total sucker for a good dad.

This story was  so close to receiving five stars from me, to be honest I really don't know what held it back and it's quite possible that it will receive five stars when I re-read it at a later point of time. 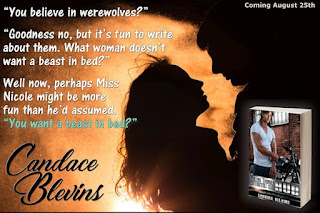 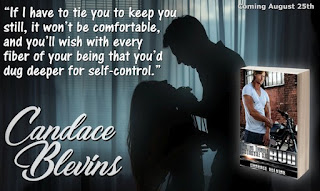 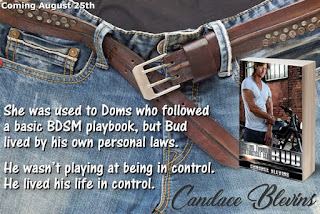 You can visit Candace on the web at candaceblevins.com and feel free to friend her on Facebook at facebook.com/candacesblevins and Goodreads goodreads.com/CandaceBlevins. You can also join facebook.com/groups/CandacesKinksters to get sneak peeks into what she’s writing now, images that inspire her, and the occasional juicy blurb. 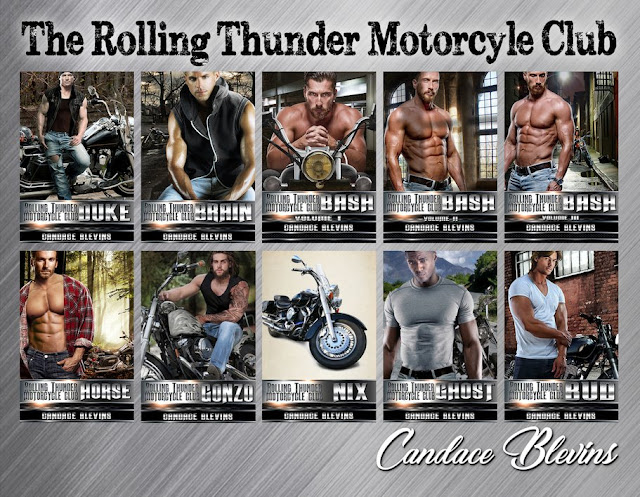