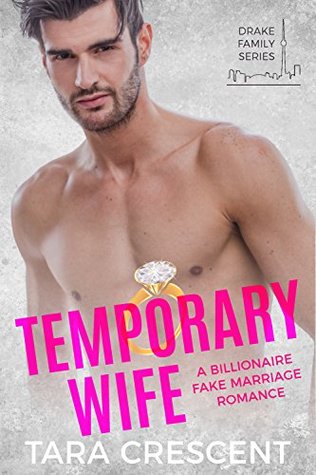 Fake marriages have rules. We break all of them.

Ryder Drake is the devil.

The billionaire architect exudes power and privilege from every pore in his body. Toronto magazines fawn over him, calling him one of the hottest single men in the city.

Color me unimpressed. Ryder’s new skyscraper will cut off access to the waterfront for all but the ultra-rich, and I’m determined to stop it.

Then he asks me to marry him.

It’s a business deal, nothing more. He needs a fake wife and I need money. It should be uncomplicated.

I break the first rule within the hour. The second rule? I last less than a week before I give in to Ryder’s raw, animal magnetism. Repeatedly. Before the wedding. After the wedding. With toys. Without toys. I’m having the best, naughtiest, steamiest sex of my life.

And rule 3? I’m Ryder’s temporary wife. No matter what happens, I can’t forget that our marriage isn’t real.

Temporary Wife is a standalone romance with a guaranteed HEA and no cheating. It was previously released in a boxed set.

I am a huge fan of Tara Crescent's and have been for a while, her books are guaranteed to make you hot under the collar. Temporary Wife was a fun, quick, steamy read, that I wished was a little longer.

I really enjoyed Ryder and Zoe's story, he needs a wife because he....well, he just needs a wife, and Zoe is in desperate need of money or she is going to loose her grandmothers home because they owe back taxes of $200,000. YIKES!

Zoe and Ryder go into this arrangement with full knowledge that they are attracted to one another, so you know things are going to get complicated. They both think that this will just be the arrangement and nothing more and they will part ways at the end of their agreed to amount of time which is stipulated in their signed contract but neither realizes that the heart wants what the heart wants and it doesn't care what the brain thinks.

I received an Advanced Readers Copy of this book and I also purchased a copy from Amazon for just .99¢