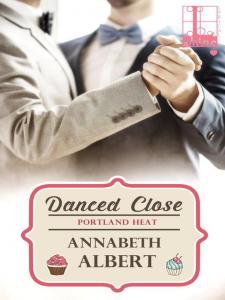 Portland, Oregon, is one of the hottest cities in America. Just ask all the hard-working men sweating it up behind the counters of the restaurants, boutiques, and cafés all over town ...


Newly clean and sober, Todd's taken a shine to his job at Portland's most talked about bakery. It's not just the delicious desserts they sell, but the tasty treats who keep walking through the door. That certainly includes Kendall Rose, a wedding planner with eyes the color of brown sugar and skin to match. Todd doesn't try to hide his attraction to Kendall's elegant confidence and unique style, even as he worries about exposing the secrets of his past.

For Kendall, the attention is just part of the anything-goes Portland he's grown to love. But he's still looking for that special someone who will embrace all of him—including his gender fluidity. So he takes a chance and asks Todd to be his partner in a dance class leading to a fundraiser. When the music starts and he takes Todd in his arms, Kendall is shocked at how good it feels. Turns out taking the lead for once isn't a mistake. In fact, it might be time to take the next step and follow his heart ... 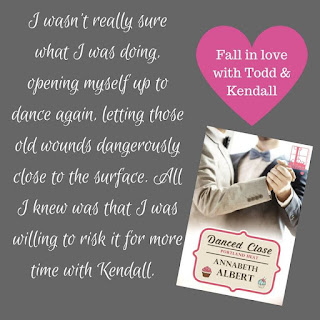 This was my first rodeo with a Queergender character, I have read a few Transgender stories but Kendall is a Genderqueer Gay Man, a first for me, so new to me that...I hate to say it but, I actually had to look it up even though Annabeth did her best to spell it out for you. I found a video that helped me to understand it all a little bit better, you can see it below.

I enjoyed the chemistry between Kendall and Todd, Todd was such a likable guy I could totally see why Kendall was attracted to him. Todd is a recovering addict and is trying to get his life on the right path, he is working at Vic's bakery (you'll remember Vic if you read Baked Fresh Portland Heat #2) as an assistant.

Kendall and Todd's relationship starts out slowly and gradually grows into something more. I enjoyed getting to know each of them and I hope they pop up in other books later on in the series.

If you haven't read any of the books in the Portland Heat series you can totally jump in and read this as a standalone, but I think you will enjoy entire series so after this you should definitely go back to book #1 Served Hot and get to know all of the great couples.

This story had a couple of terminologies that were new to me:

Genderqueer - denoting or relating to a person who does not subscribe to conventional gender distinctions but identifies with neither, both, or a combination of male and female genders.