Jaded Hearts by Harper Sloan
My rating: 4 of 5 stars

What a way to start off a new series! If you've read Unexpected Fate then you've met Chance (who is best friends with Cohen)...well this is where he finally gets his HEA! 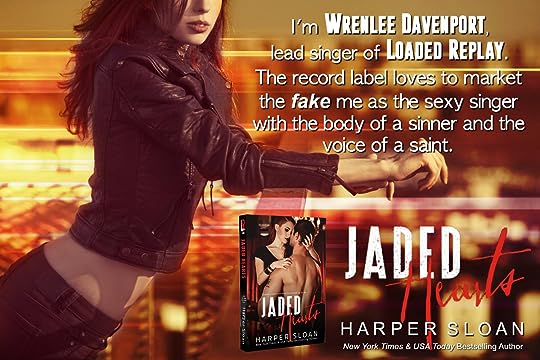 Wrenlee is the lead singer of Loaded Replay a rock band that was formed with her twin brother Wes, and their two best friends Luke and Jamison. Their contract with Brighthouse Records doesn't give them much down time especially now that their tour is coming to an end, they have a ton of interviews to do along with getting ready to go back into the studio. 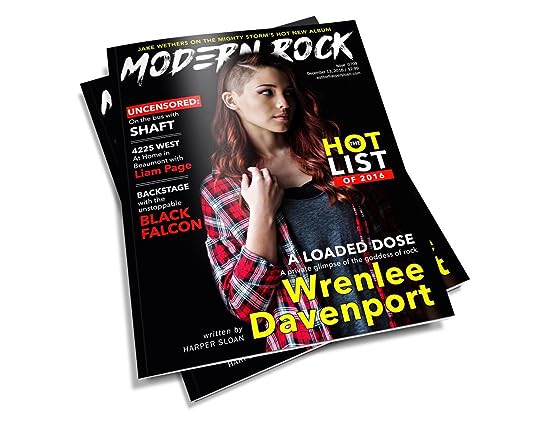 This doesn't leave anytime for a relationship but that is just fine with Wren because she has found that men just want her for what they can get from her and nothing more. This is really heartbreaking if you ask me....but thankfully when she meets her new bodyguard Chance things start to change for her. 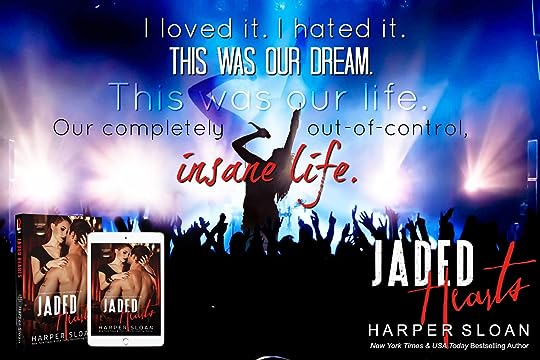 "I’ll protect you from the world, but you need to protect yourself from me.”

Chance is just the person that Wren needs, he knows the differences between Wren and Wrenlee the person and the personality. I absolutely loved Chance and Wren together, they had an undeniable chemistry that could very well melt your kindle...seriously they both just oozed sex appeal and the atmosphere was combustible when they were near one another. 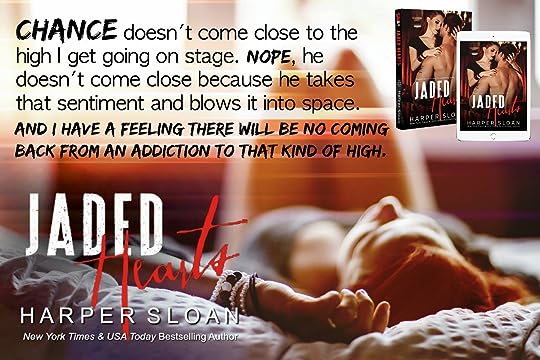 While I loved getting to know each of the members of Loaded Replay I would have to say that I am impatiently waiting for Jamison's story. He is such a flirt and some may even refer to him as a manwhore but I think he has a deeper darker side to him that I cannot wait to see.


Get to know all of the members of Loaded Replay you wont be disappointed! 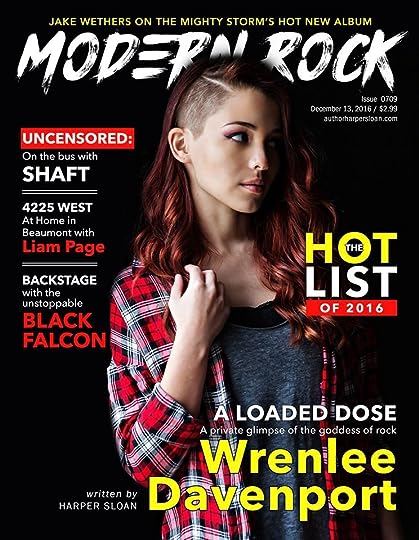 
Goddamn, that smile is dangerous.

Who am I kidding? He is dangerous.

I do my best to ignore him, but it’s impossible. The steady brush of his arm against where mine is resting on our shared armrest constantly reminds me how much my body wants his touch. The scent of his delicious cologne hits my senses, making me want to climb in his lap and rub my face over his chest to get a potent lungful of it.

He turns and gives me a questioning arch of his dark brows, but I brush it off in favor of playing Disney Emoji Blitz on my phone.

By the time we had hit cruising altitude, I could hear the other men around me snoring away but not Chance. He’s fiddling with his phone, completely ignorant of the fact I’m about to start humping his leg.

“Excuse me,” I breathily say, unbuckling my belt and standing to move around him. I stand there, my head bent slightly because of the overhead, and wait. He doesn’t move, though. Instead, he drops his phone to his lap and gives me his complete attention; his eyes even dance a little like he’s finding this whole damn thing funny. “Excuse me,” I repeat, no longer breathy, and seconds away from coming.

No, that’s a lie. I’m still breathy and very much seconds away from soaking my panties even more than they already are.

His large hands grab my hips, and he guides me down on his lap with no resistance from my treacherous body.

“Not what I meant,” I say through clenched teeth, trying to sound harsh and offended, but I just sound dazed and turned on. I wiggle in his hold, trying to get free, but he’s too strong for me.

He leans up in his seat, his chest hitting my back and buries his face in my neck. I’m sure anyone who saw us would see a loving couple who just can’t keep their hands to themselves. He’s playing a dangerous game, though, because the second the solid, hard length of him presses against my backside, I forget this is supposed to be a game and squirm a little more. His teeth nip at my shoulder at the same time his groan hits my ears.

“Stop moving, Wren,” he demands, tightening his fingers on my hips.

“You’re the one who put me on your lap.” I curl my fingers over the empty seat in front of me and squeeze my eyes shut when I feel him growing harder under me.

“Yeah, because the flight attendant who just walked by had her phone out and pointed right at us. She’s doing a shit job of making it look like she’s doing something with her paperwork.” His hand comes off my hip, and he cups my jaw, turning my head to the side just when I was about to look up at where I last saw the attendant, forcing me to shift until all it would take is me throwing one leg over his body to be face-to-face. “Do not look at her,” he stresses; the sudden movement of twisting my body makes me bounce slightly in his lap, rubbing my legging-clad ass against his erection. His eyes drop to my mouth where I pull my bottom lip between my teeth and groan.

“You don’t want to go down that road, Wren. I’ll protect you from the world, but you need to protect yourself from me.”

Not even knowing if we’re still being watched, I twist my torso the rest of the way, pulling my legs up until they’re bent at his stomach between us. Now that I’m facing him completely, I bring my hands up to curl them both around his shoulders before dragging them up to wrap around the corded muscles at the sides of his neck. His nostrils flare, but he doesn’t stop me. I give him the chance, but it never comes. Dropping my head, I press my lips to his. I explore his lips with small pecks and little licks of my tongue, learning his mouth before pressing more firmly. He sucks in a breath when I open my mouth and slowly drag the tip of my tongue over his bottom lip.

And then his control snaps.

His hands—still at my hips—lift me effortlessly until my legs are no longer folded between us, but now digging into the hard armrests with my knees pushing into his thighs, my back hitting the seat in front of me. His mouth opens, and his tongue meets mine, no hesitation whatsoever, as he deepens the kiss.

Our breathing echoes around us, making it sound like everyone on this plane could hear us, but I know it’s just because our faces are so close. I let out a moan, one that he swallows, that turns into a whine when he pulls back.

“That can’t happen again,” he softly scolds, just as breathless as I am.

What the hell? I might not have been into this whole fake-boyfriend-slash-bodyguard thing before, but I’ll be damned if I’m not going to take advantage of the situation. Especially now that I know how alive he makes me feel. Three years since I had pleasure from anything other than my own hand, and if that kiss is anything to go by, what Chance could make me feel is ten times more powerful than anything I’ve ever felt in my whole life.

I’m not passing that up.

**I voluntarily reviewed an Advance Reader Copy of this book given to me by InkSlingerPR, this is a completely honest and non-incentivized review**