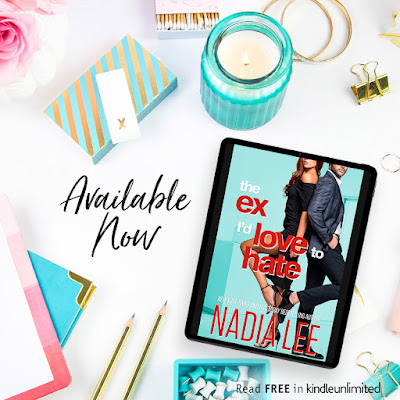 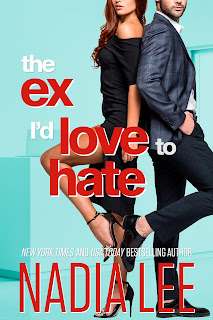 Grant Lasker is the first guy I fell in love with.

The first guy I shared everything with.

I thought what we had was perfect…until I found out I was just a bet to him.

All the lavish gifts and attention were nothing more than tricks to fool me.
Grant always wins, no matter the collateral damage.

I ran away without a second glance and rebuilt my life, along with the walls around my heart.

Fourteen years later, I manage to find a job that pays enough to keep my beloved grandfather in a private assisted-living center.
There is just one problem…

The person I need to work for is Grant, and he seems to think I’m the one who betrayed him and is doing everything in his power to make my life hell.

But if he thinks he's going to win again, he has another think coming. 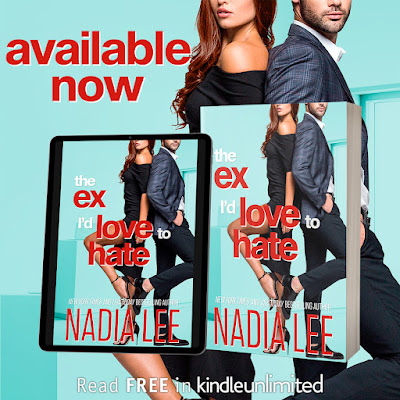 Keep reading for a look inside The Ex I’d Love to Hate!

Suddenly, Sadie’s expression flips from sneering to pleasantness. I blink at the abrupt change, then look around to see what could’ve caused it. A tall guy on a horse has stopped right in front of us. Based on his uniform and the white, star-shaped spot on his horse’s forehead, I realize this is the super-aggressive one I was admiring earlier.
I put a hand over my eyes and squint. The sun’s directly behind him, and it’s hard to see his face, although I can tell his features are extra fine. It’s the strong jaw and eyes, I decide. I can never resist them, and he has the best I’ve ever seen, although I can’t quite tell his eye color from here. And the body can’t be faulted, either. He looks like a medieval warrior on that huge horse, his shoulders broad and thighs powerful.
I wonder if there’s a name embroidered on his shirt. Actually, it’d be easier if I just ask him about my never-to-be-found project partner.
Sadie steps forward, pushing me to the side with a hard swing of her hip.
“Ow! Hey!”
But she isn’t paying attention. Her focus is on the guy on the horse. She smiles, her overbleached teeth blinding in the sun. “Hey, Grant.”
I swivel back to the guy. “You! You’re Grant Lasker?”
God is unfair. This guy has a trust fund and looks? And I’ve been mentally drooling over him. Ugh. No, no!
Grant cocks his head, his eyes on me. I can feel him studying me from head to toe, but I can’t tell what he’s thinking. “Who are you?”
“She’s nobody,” Sadie says loudly. “We need to talk, Grant baby. It’s important.”
“I’m Aspen Hughes.” Whatever flirting she wants to do can wait. The paper is more important! “We’re in the same class—Culture and Music in History—and we’re doing the group project together. Did you get my texts and emails?”
“I was thinking we should attend the gala in San Francisco together!” Sadie’s trying to talk over me…and doing a pretty good job. She sounds like a banshee on crack.
Grant’s eyebrows pull together, and he winces like he’s getting a headache. Wonder why he’s acting like he’s pained. I’m the one in pain from him and her!
“I don’t check texts and emails from people I don’t know,” he says finally.
“The gala—”
“Well, now you know me. And the project’s due in four days. So we need to get together as soon as possible.”
“Meh.” He shrugs. “I have other things to do.”
“What the hell could be more important than a major school project?” I say.
Sadie tries to stand in front of me. “I really think that the gala—”
If she says “gala” one more time, I’m going to drag her to the stable and throw her into a pile of horse manure! “You’ll have to cancel them,”I tell him, placing a hand on my hip.
“Why?”
His seemingly genuine confusion makes my blood boil. Didn’t he hear anything I said? Maybe God made him stupid. Or maybe he got hit by polo balls once too often. Regardless, I’m not letting his lack of IQ get in the way of maintaining my GPA.
“Because it’s your fault that we only have four days left. If you’d checked your emails or even come to class sometime in the last two weeks, we could’ve already been done with all this.”
He shrugs. “If it’s that important, you do it. And feel free to keep my name out of it. I don’t care.”
I ignore Sadie’s smug laugh. “This is a team project, Grant. Professor Taylor expects us to do it together. You know, teamwork?”
“That’s what they always say.” He lifts a shoulder and drops it. “There’s no I in teamwork.”He starts to trot away on his horse.
Damn it! “Yeah? Well, there are four in irresponsible idiot!”I yell at his back. He keeps going. “And two S’s in asshole!” 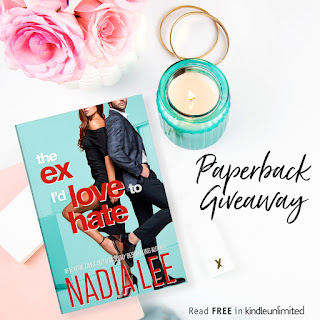