Drake McGinn turned his back on hockey after the league betrayed him. Will the Titans be his chance to clear his name and take back the career he once loved? 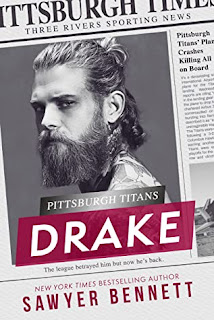 After I made the decision to divorce, my ex-wife set out on a smear campaign against me, telling anyone who would listen that I was betting on hockey and throwing games. It wasn’t surprising that my ex told the lies, but the fact that the media, league, and fans chose to believe her baseless claims was unforgivable. I walked away from it all and never looked back.

Having settled into life as a single dad to three boys, I’m content. I have more money than I could ever need, and plenty of time to do whatever I want, whenever I want, and whoever I want. So when Brienne Norcross, the team owner for the Pittsburgh Titans, shows up at my house with a job offer, I have no problem turning her down. But the no-nonsense billionaire, with sinfully seductive red lips and killer heels that would look hot as hell thrown over my shoulders, won’t take “no” for an answer.

Now I need to find balance between hockey, my boys, and the explosive chemistry Brienne and I can no longer deny. A cast-off hockey player and the league’s only female team owner? I can think of a million reasons why it could never work but can’t bring myself to care about a single one of them. Game on.

All books in the Pittsburgh Titans series can be read as standalones. See the entire series here: https://sawyerbennett.com/bookstore/the-pittsburgh-titans-series/ 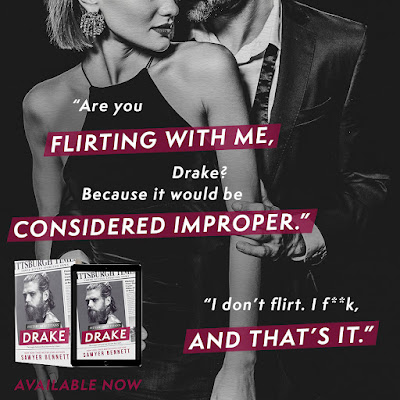 Buy the digital and signed paperback direct from Sawyer Bennett: https://bit.ly/SB_Drake
** Digital files must be read within the BookFunnel app ** 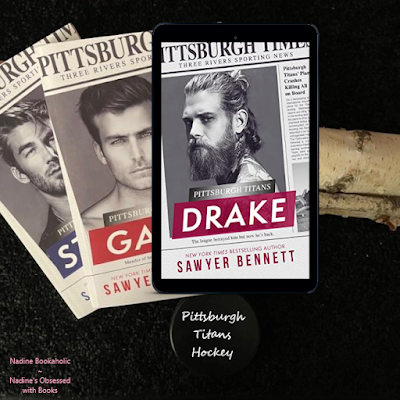 HOT SINGLE DAD ALERT!
Drake left hockey because his ex-wife tarnished his reputation with the league now Brienne Norcross wants him to come back and play for the Titans. You know Drake has a major chip on his shoulder after the way he was treated but can Brienne convince him to come back to the game he loves so much after he's settled into single fatherhood?
Brienne is burning the candle at both ends since she inherited the Titans after her brother's death. She is still running Norcross Holdings as well so it doesn't leave much time for a personal life, good thing she doesn't require much sleep.
Drake is raising his three boys with the help of his sister and mother since he divorced his ex. Everything he does is for them and they will always be the priority in his life.
I have been saying all along that this series is a little deeper and more emotional than Ms. Bennett's previous Hockey Romances and this book continues that theme, but that doesn't mean it lacks spice because let me tell you Drake and Brienne really heat things up and not only in the bedroom so I'd be careful on where I was reading this because you wouldn't want anyone reading over your shoulder.
I would recommend this book to those that enjoy STEAMY Sports Romances, Boss / Employee Romances, Single Dad Romances, or Spicy Billionaire Romances.
Happy Reading!!!
**I have voluntarily reviewed an Advanced Readers Copy of this book for my Blog, Nadine's Obsessed with Books** 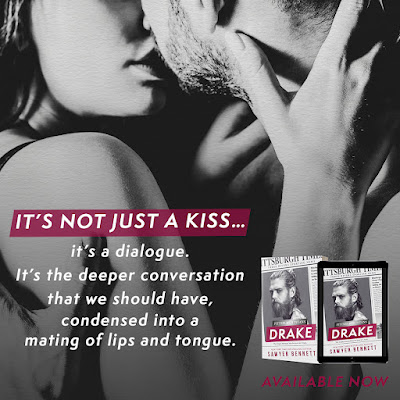 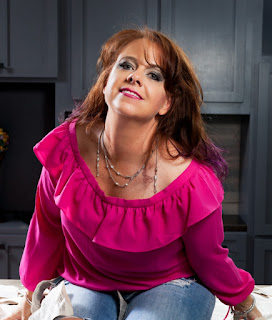 A former trial lawyer from North Carolina, when she is not bringing fiction to life, Sawyer is a chauffeur, stylist, chef, maid, and personal assistant to her very adorable daughter, as well as full-time servant to her wonderfully naughty dogs.
If you’d like to receive a notification when Sawyer releases a new book, sign up for her newsletter (sawyerbennett.com/signup). 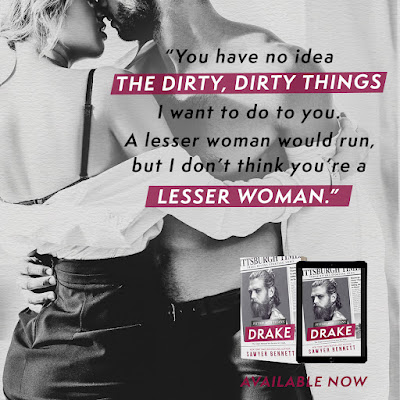