Darling has its demons.
Cherry LaRouche escaped the claws of Darling, Louisiana at sixteen. When she is forced to return after her mother’s death, Cherry and her children move back into her childhood home where the walls whisper and something sinister skitters across the roof at night.
While Cherry tries to settle back into a town where evil spreads like infection, the bodies of several murdered children turn up. When Cherry’s own daughter goes missing, she’s forced to confront the true monsters of Darling. 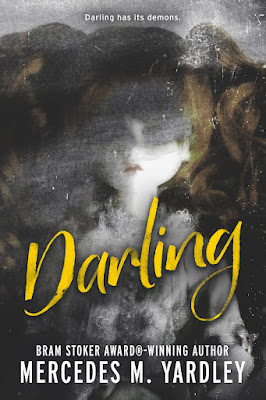 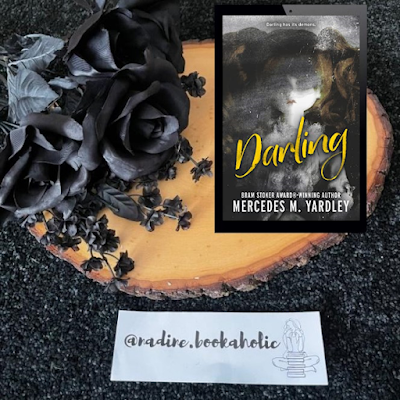 3.5 Darling Stars
Cherry left Darling Louisiana when she was just sixteen years old with her boyfriend and their unborn child, hoping for a better life than the one they had growing up. After giving birth to a son with Special Needs Cherry soon found out that her dreams were not going to come true any time soon since her husband left her to raise their son alone as soon as he was born.
Cherry didn't have it easy that's for sure, now the mother of two (her daughter was conceived when Cherry was selling herself to make extra money to support herself and her son) was doing whatever she needed to keep a roof over their heads and food in her kids bellies when she receives a phone call letting her know that her mother passed away and left her the house she grew up in with all of the expenses paid on it for five years but she had to live in during that time before she could sell it. So back to the place she hated most she went.
I loved the writing of this story and it definitely has me wanting to read more of Mercedes M. Yardley work. As per usual I had some things figured out pretty quickly but I couldn't quite put my finger on who the Handsome Butcher was...yes you read that right. The killer was referred to as the Handsome Butcher, I disliked that name for soooo many reasons the main one being why would we refer to a person whom took children, killed, and dismembered them as handsome? Butcher I get, but Handsome???
I loved Cherry's relationship with both of her children especially with her son who has Autism. She loved him and did everything she possibly could to show him. It was a special bond that she shared with both of her children, and when the author gave us a few chapters from his POV it was precious.
I want to point out that this isn't a romance while there are some romantic aspects to it including a love triangle. This is a HORROR, I realize the majority of my reviews are for Romance Reads this one DOES NOT FALL INTO THAT CATEGORY. So if you enjoy Horror Reads then I would recommend this one to you but if you are looking for a Romantic Horror Read this isn't it.
Happy Reading!!!
**I have voluntarily reviewed an Advanced Readers Copy of this book for my Blog, Nadine's Obsessed with Books** 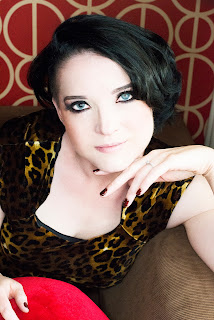 Mercedes M. Yardley is a whimsical dark fantasist who wears stilettos, red lipstick, and poisonous flowers in her hair. She is the author of many diverse works, including Beautiful Sorrows, the Stabby Award-winning Apocalyptic Montessa and Nuclear Lulu: A Tale of Atomic Love, Pretty Little Dead Girls: A Novel of Murder and Whimsy, Detritus in Love, and the BONE ANGEL trilogy. She recently won the prestigious Bram Stoker Award for her story Little Dead Red. Mercedes lives and creates in Las Vegas with her family and menagerie of battle-scarred, rescued animal familiars.

Mercedes is a member of the Horror Writers Association and co-chair of the Las Vegas HWA Chapter.