The ABCs have never been sexier... A secret baby, second-chance, contemporary stand-alone romance“Representing the most perfect example of quality or class” ~ Quintessential 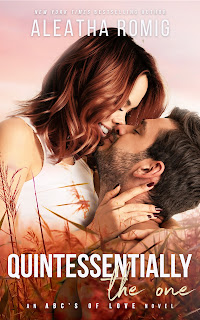 A trip back to the small Indiana town of Riverbend to finalize my grandmother’s last will and testament throws my world off its axis. I wasn’t prepared to learn the stipulations of her will or that she’d left her beloved mercantile Quintessential Treasures to my college summertime love, Kandace Sheers.
Imagine my greater surprise when I learn about the secret that’s been roaming Riverbend for the last five years. Here are a couple of hints:
She’s five years old.She has her mother’s silky auburn hair and my golden eyes.The answer is simple.I take responsibility for the girl and go back to Chicago where my life awaits.It turns out, Grandma had other plans because life’s never that simple.Have you been Aleatha’d?Enjoy this sweet, funny, and sexy, secret-baby, second-chance, contemporary stand-alone romance that brings back the feelings of what it’s like to be young and in love. A stand-alone in the ABCs of Love and one of Aleatha Romig’s ‘Lighter Ones,’ QUINTESSENTIALLY - the ONE. 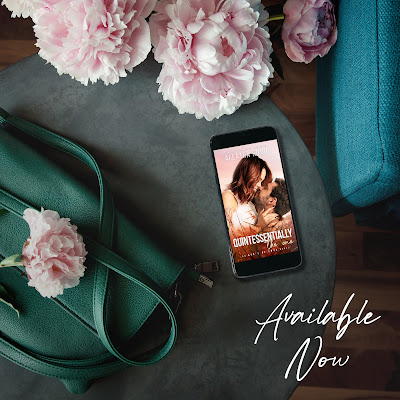 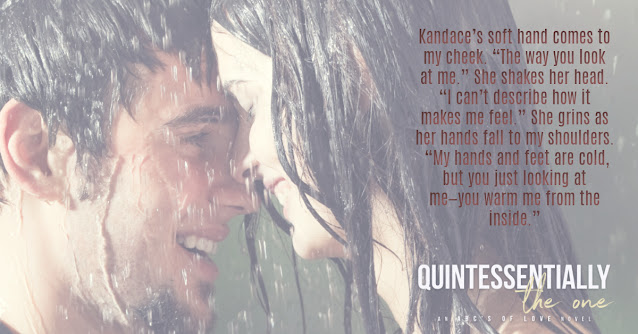 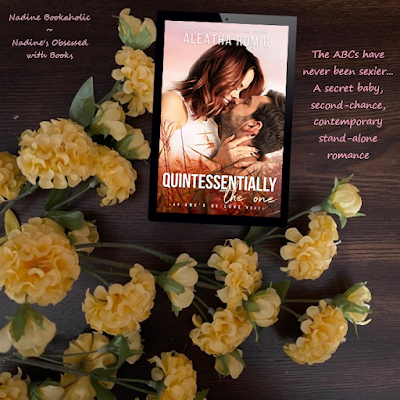 I can't believe this is the first time I am reading any of Aleatha Romig's lighter books, I love her dark and suspenseful novels but this lighter side is just as wonderful and I am happily along for the ride.
This is a sweet and sexy read, I instantly fell in love with Dax and Kandace. We start the story with them as teens spending their summer together before he has to leave his grandparents home for college and we get to witness their young love bloom into more. He returns twice more once after his grandfather passes, which was really sad, and then when his grandmother passes which is where all the fun really begins LOL
Aleatha did a wonderful job with taking us on this journey of young love and discovery showing us how just because we think we have everything we wanted you may not realize what you were missing until it was right in front of you. And I for one loved it.
Quintessentially the one is the 17th book in the ABCs of Love series, which is written by various authors. Each book is a complete standalone so don't be afraid to jump in and out at any point of the series, this is the first one that I have read but I do have plans to read a few more that are currently on my TBR list.
If you enjoy Steamy New Adult Contemporary Romances, Second Chance Romances, Secret Baby Romances, or Small Town Romances I would Recommend this book to you.
Happy Reading!!!
**I have voluntarily reviewed an Advanced Readers Copy of this book for my Blog, Nadine's Obsessed with Books** 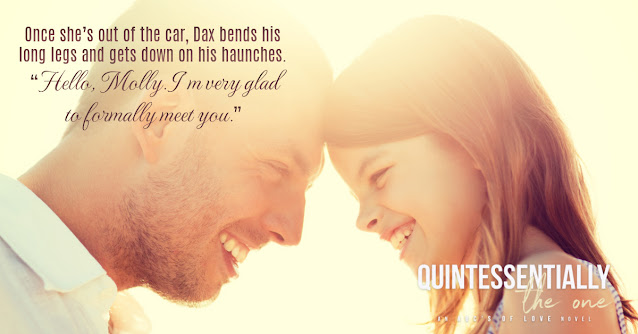 Aleatha Romig is a New York Times, Wall Street Journal, and USA Today bestselling author who lives in Indiana, USA. She grew up in Mishawaka, graduated from Indiana University, and is currently living south of Indianapolis. Aleatha has raised three children with her high school sweetheart and husband of over thirty years. Before she became a full-time author, she worked days as a dental hygienist and spent her nights writing. Now, when she's not imagining mind-blowing twists and turns, she likes to spend her time a with her family and friends. Her other pastimes include reading and creating heroes/anti-heroes who haunt your dreams and bring your imagination to life!
Aleatha released her first novel, CONSEQUENCES, in August of 2011. CONSEQUENCES became a bestselling series with five novels and two companions released from 2011 through 2015. The compelling and epic story of Anthony and Claire Rawlings has graced more than half a million e-readers. Aleatha released the first of her series TALES FROM THE DARK SIDE, INSIDIOUS, in the fall of 2014. These stand alone thrillers continue Aleatha's twisted style with an increase in heat.
In the fall of 2015, Aleatha moved head first into the world of dark romantic suspense with the release of BETRAYAL, the first of her five novel INFIDELITY series that has taken the reading world by storm. She also began her traditional publishing career with Thomas and Mercer. Her books INTO THE LIGHT and AWAY FROM THE DARK were published through this mystery/thriller publisher in 2016.
In the spring of 2017, Aleatha released her first stand-alone, fun, and sexy romantic comedy with PLUS ONE, followed by the sweet stand-alone, ONE NIGHT.
Aleatha is a "Published Author's Network" member of the Romance Writers of America and PEN America. She is represented by Kevan Lyon of Marsal Lyon Literary Agency.