Confessions (Brantley Walker: Off the Books #7) by Nicole Edwards ~ Book Review with Excerpt 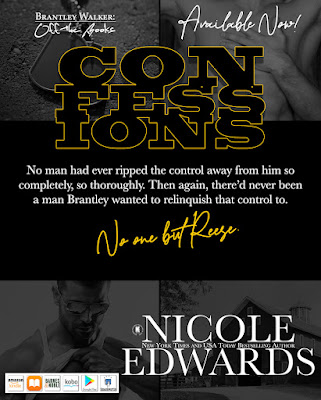 From New York Times and USA TODAY bestselling author Nicole Edwards comes the seventh installment in her Brantley Walker: Off the Books series. 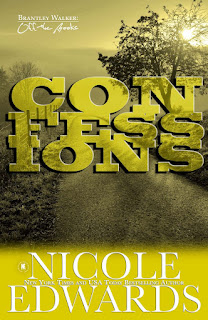 After taking a bullet during a botched kidnapping attempt, Reese Tavoularis went AWOL. Rather than return to Coyote Ridge to fix what he’d broken between him and Brantley Walker, he remained in Dallas, leaving his team in the lurch and using his recovery as an excuse to keep his distance. Or, more accurately, to hide from the repercussions of his own actions. Now he’s back to make amends and convince the man he loves to give him another chance.

When Magnus Storme is accused of kidnapping, Reese finds his footing back with the team as they all band together to prove Magnus's innocence and find the missing woman. 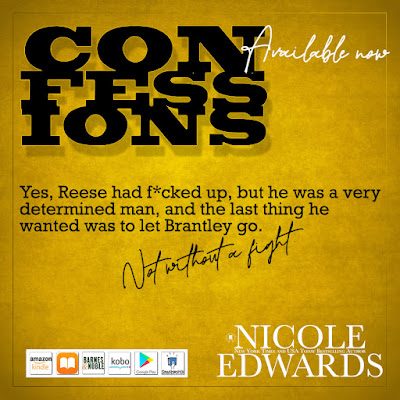 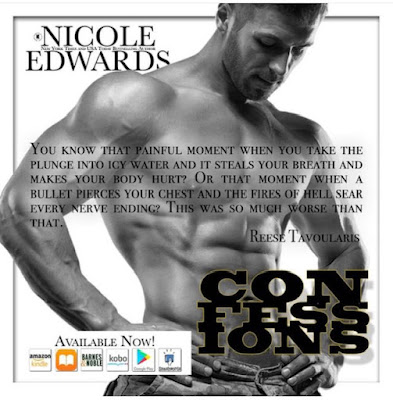 It had been damn near six months since Reese Tavoularis took a bullet to the chest.

Six months since the doctors saved his life with emergency surgery, fixing the damage done by the 9mm slug that had nicked his artery.

Six months since his family sat by his bedside, praying he would live after a minor complication had sent his ass back to the intensive care unit.

And six fucking months since he realized his dumb-ass actions had sent the man he loved running for the hills.

Well, that was the months following the shooting when Reese had gone AWOL. Rather than return to Coyote Ridge and make an effort to fix what he’d so clearly broken, Reese had stayed in Dallas. He’d left his team in the lurch, using his recovery as an excuse to keep his distance, hiding from the repercussions of his own fucking actions. He’d avoided anyone and everyone, with the exception of his mother, who had insisted he stay with her so she could help nurse him back to health. Oh, and Z. His brother had made it his mission in life to stick his nosy ass so far up Reese’s business, it was a wonder they were still related.

Now here Reese was, pulling down the driveway of the house he’d lived in with Brantley Walker before he’d gone and fucked it all up. Everything about the place was familiar, from the old oak tree standing proud and tall in Brantley’s front yard to the dirt drive that had been expanded to accommodate all the vehicles belonging to the team who used Brantley’s renovated barn as their base of operations.

Everything was the same.

Part of him had expected to see an unfamiliar vehicle in the driveway. Maybe some random guy Brantley was hooking up with. Someone everyone else had hidden from Reese when he’d used lame excuses to check in via text message. God knows Reese’s imagination had gotten the best of him lately, pairing Brantley up with damn near any available man Reese could think of, gay or not. He’d imagined a dozen scenarios, each one more disturbing than the one before, until he had no choice but to pack up what few belongings he’d had with him and drive the three hours back to Coyote Ridge.

But there were no foreign vehicles in the driveway. In fact, there was only one vehicle, period: Brantley’s black Chevrolet Silverado parked in its usual spot. It was caked with mud and dust, as though Brantley hadn’t bothered to wash it in the time Reese was gone. As though he’d been just as screwed up over this whole fucking mess as Reese was.

Relief ballooned in his chest, came out on a ragged exhale.

Doesn’t mean Brantley didn’t pick up some guy at the bar, bring him back here. Could be some rando is inside right this very minute, bouncing up and down on Br—

Reese shut down the idiot voice in his head before it could finish that sentence. He didn’t want to think that the man he loved was getting the fuck of his life from some stranger who’d happened to catch his eye.

No, it was better for him to believe that Brantley was home alone.

He hoped so anyway, considering Reese had come to pack his things, and he damn sure didn’t want to attempt this twice. Once was going to be hard enough.

If it’d been up to him, Reese would’ve come when Brantley was gone. He knew better than to trespass without warning the former Navy SEAL first—the last damn thing he wanted was another bullet wound—although he would’ve preferred the house to be empty. The sneak-in, sneak-out approach had been appealing at one point during the three-hour drive. Confronting Brantley, meeting that cold, hard stare was going to break him, there was no doubt about it, but at least he could get it over with quickly.

Now it was just a matter of making it to the door, knocking, waiting.

He sighed, realizing he was still sitting in his damn truck.

“Now or never, Tavoularis,” he muttered to himself. Reese didn’t know where he would go from here, but he couldn’t rest his head in the same spot he had before he’d screwed up the best thing that had ever happened to him.

Putting the truck in park, he unclipped his seat belt, took a deep breath, opened the door, and stepped out. He heard an excited bark from inside the house, and his heart instantly swelled. He hadn’t seen Tesha since he was shot, and it had broken his damn heart to lose her. Almost as much as it had hurt to lose Brantley.

However, he wasn’t here to take her away, no matter how much he wished he could. Based on what little he’d been able to glean from Jessica James—the only person on the team willing to gossip if pushed enough—Brantley had grown quite fond of Tesha over the past six months and vice versa.

Reese swallowed hard when he heard Brantley’s voice from inside the house, the rough baritone scraping along his spine in a sensual caress.

“Well, who is—” Brantley’s big body appeared in the doorway, the screen door swinging wide as he stepped out onto the front porch, Tesha racing past him. The moment their eyes met, Brantley put his hands on his hips, his expression shutting down completely.

Oh, hell. As he drank in the sight of the big, badass Navy SEAL, he realized he’d ridiculously underestimated how fucking hard this was going to be.

Needing a minute to compose himself, Reese went to one knee to greet Tesha. She approached him as though not a single day had passed since he’d last seen her. Her training was paying off because she didn’t launch herself at him like an out-of-control puppy. Instead, she trotted closer, her tongue lolling out of her mouth as she assessed him. Reese rubbed her head, then hugged her to him when she pressed her shoulder to his. He had to take a deep breath to keep the emotion at bay. He’d known seeing her would be hard, considering he would have to walk away again.

When he got himself under control, Reese stood tall, met Brantley’s gaze. Had he not seen the man walk out of his own house, Reese wasn’t sure he would’ve recognized him. Gone was the military-short buzz cut and clean-shaven jaw. In their place, Brantley’s dark hair had grown out, a shaggy mess that probably hadn’t seen a comb in a week. His face definitely hadn’t seen a razor in a few months, maybe more.

Despite the unkempt grooming technique, he looked good. Bigger than Reese remembered. As though he’d spent a significant amount of time working out in the past six months. His charcoal-gray T-shirt hugging his broad chest, the short sleeves stretching around his bulging biceps. Brantley wore his signature black tactical pants, which fit his trim waist and thick thighs as though they’d been designed specifically for him.

“I just came to get my things,” Reese said, wanting to assure Brantley he wasn’t expecting anything.

Brantley held his stare for a minute, then turned and walked into the house without a word.

“Well, that went well,” Reese muttered to himself. 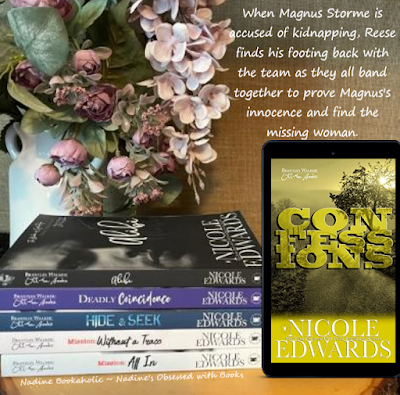 I don't even know where to start with this review, there was just so much happening in this seventh installment of The Brantley Walker: Off the Books Series, I will say that SECRETS needs to be read before this book in order to follow along, you do not need to read the first five books if you choose not to but, book six is a must.

Reese has recovered from being shot and has returned to Coyote Ridge after his long absence, he needs to make amends not only with Brantley but also with the team for leaving them high and dry for six months. But that's not all, we also have Magnus Storme being accused of kidnapping!

This book has so much going on between the case they take on, because there is no way they are letting Magnus get charged with a crime he didn't commit, to their personal relationships and everything in between. Nicole Edwards did a fabulous job as usual with creating a story that you can really sink your teeth into, I absolutely loved every minute of this book. 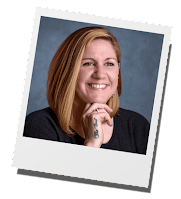