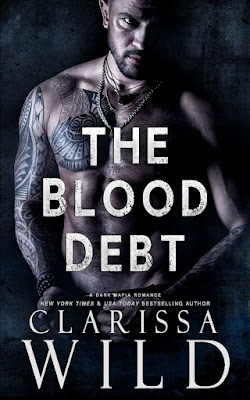 BLURB
She signed a vow in blood,
Now he’s come to claim her promise.
Jasmine Baas, daughter of a Dutch mafia lord.
The girl who locked away her heart.
The girl I’d kill for.
Until life was almost ripped away from me,
And I forgot everything I ever was.
But I still remember craving her more than anything.
For three whole years I waited.
Plotted my revenge on her family.
Lured her into my trap.
She made a promise to me once.
A promise signed in blood.
And whether she likes it or not …
I’m going to make her keep it.
A thrilling dark enemies-to-lovers romance.
WARNING: This book includes scenes that may be disturbing to some readers. 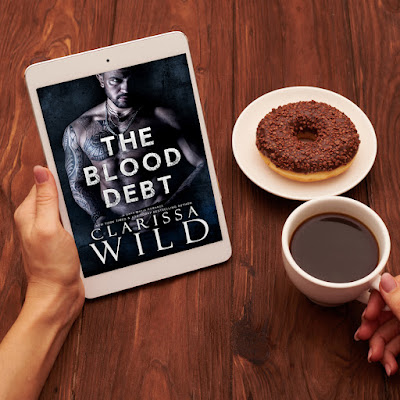 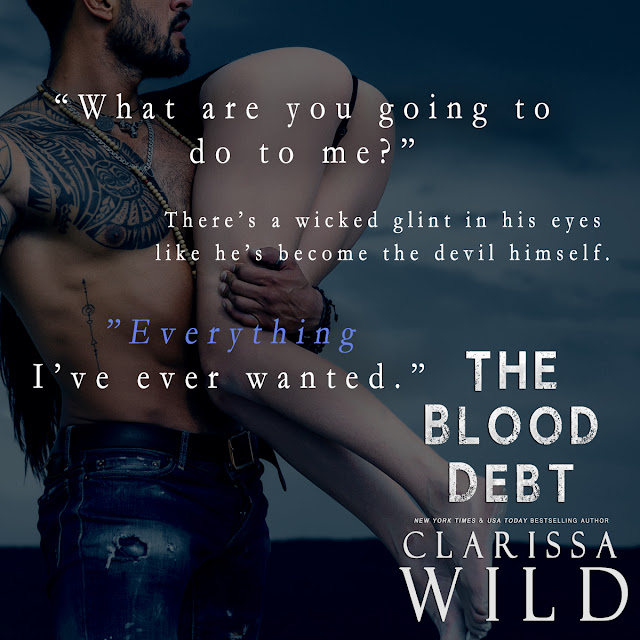 EXCERPT
Sweat drops roll down my back as I tread into the shadowy forest, the looming pine trees blocking most of the sunlight. Adrenaline courses through my veins, causing shivers down my spine with every step I take. Every little sound is another trigger, a tiny mole crawling down into its hole, pine needles rolling across the mossy ground, birds’ wings flapping high above my head.
I pause to look around and listen, my hand on my phone in case I need to let someone know where I am. My head instinctively turns to look back at my car still parked on the side of the road, but the farther I go into the woods, the less it becomes visible, and something about that makes my heart turn icy cold. I’m in the middle of nowhere, and no one knows I’m here.
No one but me.
And him.
I swallow away the nerves as I approach the cabin while firmly clutching my gun. The gun I stole from my father’s arsenal when the guards weren’t looking. They won’t miss one tiny little gun, but it might help me save myself.
Because lord knows what I’ll find.
That man I once knew is gone forever.
At least, that’s what I keep telling myself. I stalk farther and farther into the forest until the road is no longer visible, and all I have left is the pine trees and critters to accompany me.
In the distance, a cabin becomes visible.
I suck in a ragged breath.
Even though it’s not nighttime yet, the darkness surrounding me hums with a kind of electrical current that scatters goose bumps across my skin.
CRACK!
I freeze from the sound of a twig snapping in half.
My heart goes a million miles an hour.
Oh, God. What if it’s him? Am I ready?
I point my gun in the direction of the sound. Straight ahead, near the cabin.
TRSSKK! CRACK!
More noisy rustling … until an axe slowly appears from behind a tree, glinting in the dark.
I gasp in shock, barely able to keep the squeal inside as an almost ungodly muscular but beastly looking man steps out from behind the tree wearing nothing but a short towel around his waist. His long beard and hair are wet and stick to his muscular, tattooed body. His square face is smeared with dirt and blood, and his hooded brown eyes are locked on mine.
Liam.
I can’t even process it’s him because of the state he’s in.
But the second he raises his axe, I regain my senses and aim for his head.
“Don’t come close, or I’ll shoot!” I yell.
He doesn’t say a word, doesn’t even stop, and my hands begin to shake.
I’ve shot a gun before, but never at an actual human being, and the thought is already making me nauseous. But if I must … what other choice do I have? He’s dangerous. He tried to kill my sister, he’ll never stop, and I have to protect her.
C’mon, Jasmine, you can do this.
I click off the safety and yell, “I mean it!”
He stops and looks me dead in the eyes like a killer would when he’s found his target, and something about that makes my entire body start to tremble.
His lips part, his tongue slowly licking his canines as a lopsided smile appears on his face. “Don’t … move.”
His voice is gravelly. Darker than I remember, even from that night he came for her. And the mere sound reminds me of just how far he went to get what he wanted.
ALSO AVAILABLE 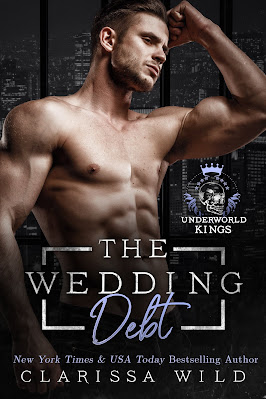 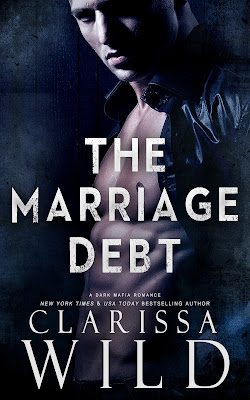 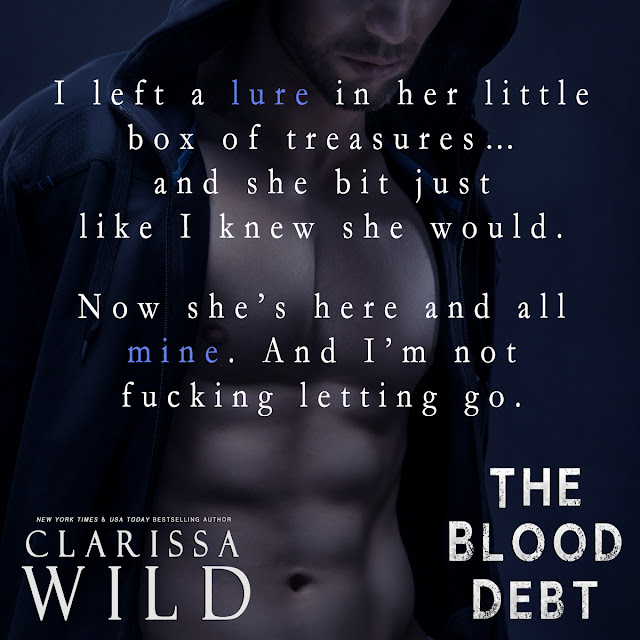 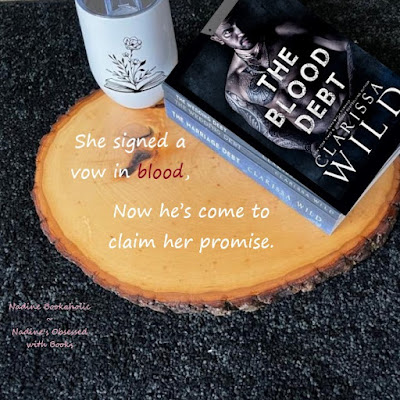 4.5 Blood Debt Stars
After losing his memory Liam craves the only thing he has ever wanted back - her!
To get the full effect of his feelings and everything the two of them have been through I would recommend reading THE WEDDING DEBT and THE MARRIAGE DEBT first, but this can be read as a standalone if you choose to do so.
I loved Liam De Vos when we first met him, and now here we are years later after a car accident left him without a memory of who he is and I have to say I like this version of Liam as well...and it's so very different from who he was before.
Jasmine Baas was groomed to take over the family business or at least that is what we believed but when everything comes out, my goodness it's truly heartbreaking. She would do absolutely anything and everything to protect her younger sister Jill from a life that she didn't want, even if that meant giving up on her own dreams.
I really enjoyed the chemistry between Liam and Jas. They may have had a messed up way of coming together but now that they are, they are right where they belong.
This book is dark, which means there are themes that may bother some so before you purchase it please check out the author's website for a full list of trigger and content warnings ➡ https://www.clarissawild.com/the-blood-debt-tw/
I would recommend this book to those that enjoy Steamy Dark Romances or Organized Crime Romances.
Happy Reading!!! 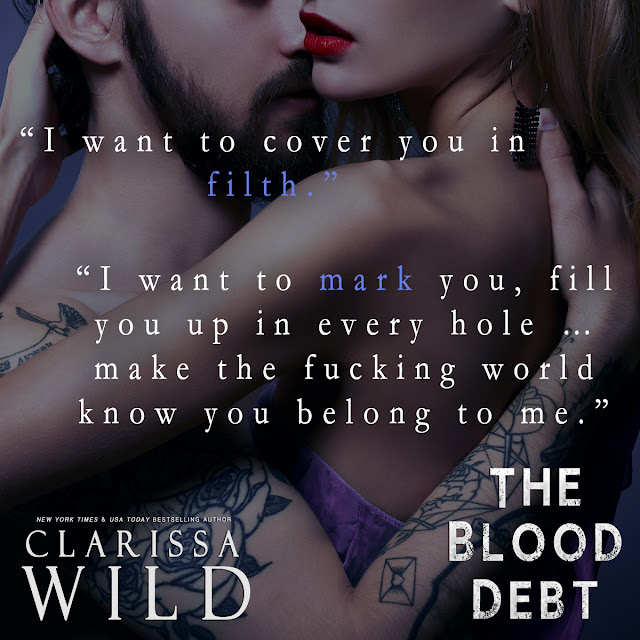 Clarissa Wild is a New York Times & USA Today Bestselling author of Dark Romance and Contemporary Romance novels. She is an avid reader and writer of swoony stories about dangerous men and feisty women. Her other loves include her hilarious husband, her two crazy but cute dogs, and her ninja cat that sometimes thinks he's a dog too. In her free time she enjoys watching all sorts of movies, playing video games, reading tons of books, and cooking her favorite meals.
Want to get an email when my next book is released? Sign up here to receive 4 FREE short stories: https://www.clarissawild.com/newsletter
AUTHOR LINKS 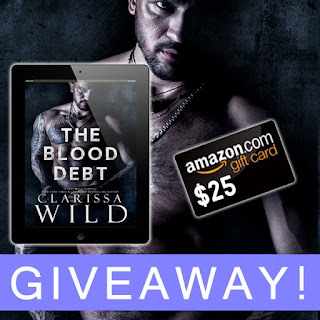 GIVEAWAY
a Rafflecopter giveaway
at April 28, 2022