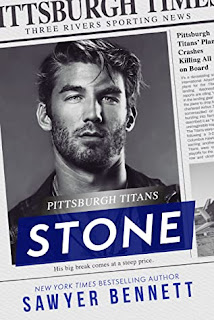 After a shoulder injury put my NHL career on ice, I resigned myself to the fact I’d never see my way out of the minor league again. As my career faded, my estranged brother’s star shot into orbit as the first line left winger for the Pittsburgh Titans. But when the team’s plane crashed returning home one night, his light was snuffed out, and I was given the opportunity of a lifetime.

Now I’m in Pittsburgh, playing for the Titans, and face-to-face with my dead brother’s ghost at every turn. His locker, his legacy, his persistent and annoyingly gorgeous attorney who won’t stop contacting me about his estate, even though I’ve demanded she leave me alone.

Harlow Alston would be extremely appealing if she wasn’t so aggravating. Only…that’s a complete lie. She pushes all the right buttons for me, and as much as I want her to quit pestering me about Brooks’s estate, I find myself intrigued by the fiery redhead who can’t take no for an answer. And the more I learn about Harlow, the more I find she might be the key to understanding who Brooks really was, and who I want to be.

I’ve got a second shot at a career I thought I’d lost and the opportunity to build something real with Harlow, but can I find strength to move forward or will my past dictate my future? 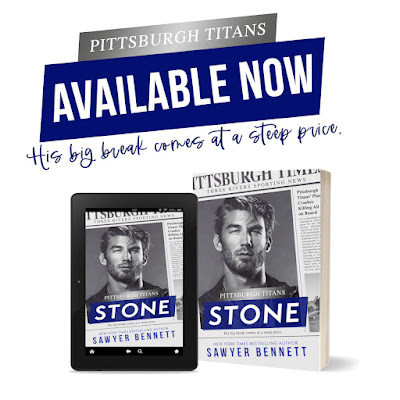 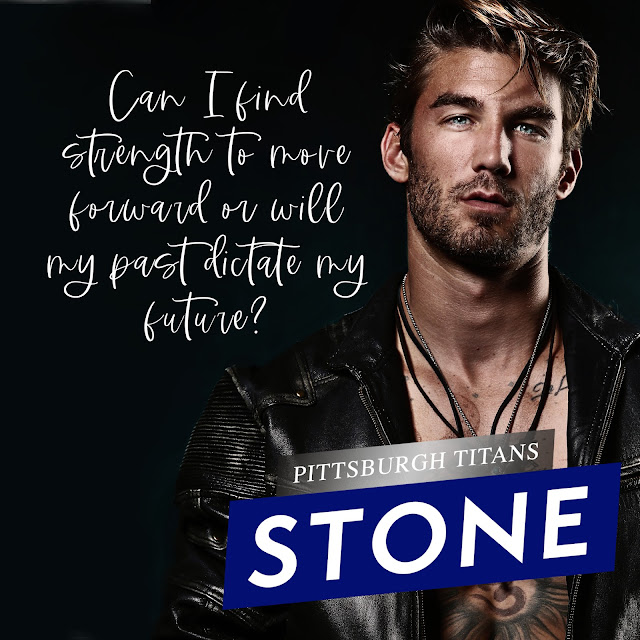 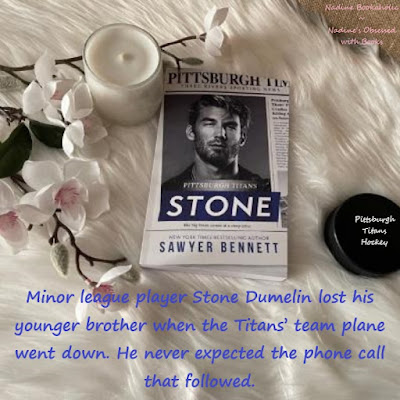 I'm often asked what makes a book a five star read for me and the answer is simple, I need to connect with the characters, the story line needs to flow nicely, and it needs to evoke an emotion from me (it usually means tears but not always), which is exactly why STONE was given five stars...although I wish I could give it more.
Stone Dumelin's story was one I knew before hand would be an emotional read, what I didn't know was just how bad things were in Stone's life before the death of his younger brother and that is what pushed me over more than I had expected.
Stone has been called up from the minor league to play for the Pittsburgh Titans after most of the team and coaches were killed in a plane crash, including Stone's younger brother Brooks. So it's only natural for Stone to wonder if they called him up for his abilities or because of who his brother was.
Harlow Alston is tasked with being the trustee of her late friend Brooks' estate, she knows how difficult his family can be from the stories she's heard but it isn't until she needs to get in touch with Stone that she starts to realize what Brooks had meant. But the chemistry between the two is amazing even in their first heated meeting.
I loved the connection between Harlow and Brooks which later carried over to Stone. Friendship - a true friendship - one that you can tell all of your secrets to, and apparently Brooks had quite a few of them, is a blessing to have when you can't confide in your own family. My heart totally broke for Brooks and then for Stone when he found things out that he never knew. The hurt and pain, damn I starting to tear up as I'm recalling everything. Anyway, this is a powerful read that will have you wishing things could've worked out differently for Brooks in the end.
Sawyer Bennett had warned readers that this series was going to be more emotional and she wasn't kidding so my advice to you...keep the tissues handy.
I highly recommend this book to anyone that enjoys Steamy Sports Romance, or Contemporary Romances.
Happy Reading!!!
**I have voluntarily reviewed an Advanced Readers Copy of this book for my Blog, Nadine's Obsessed with Books** 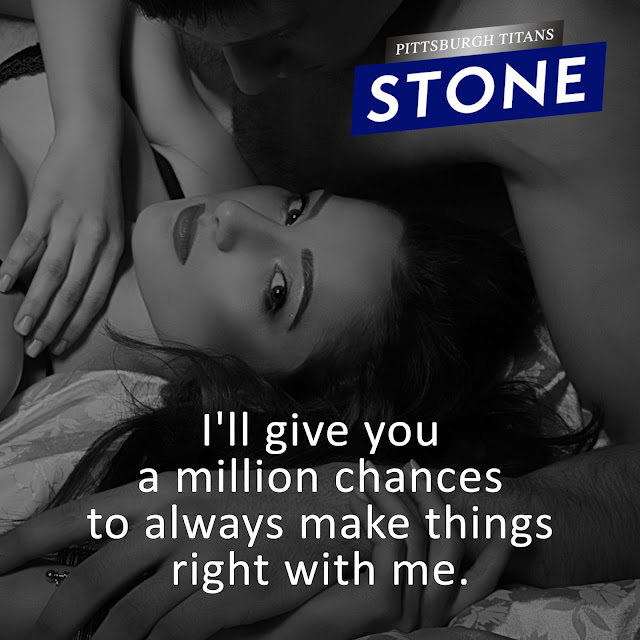 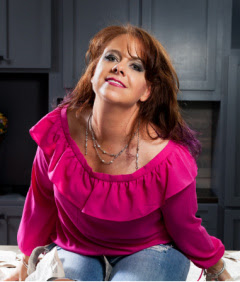 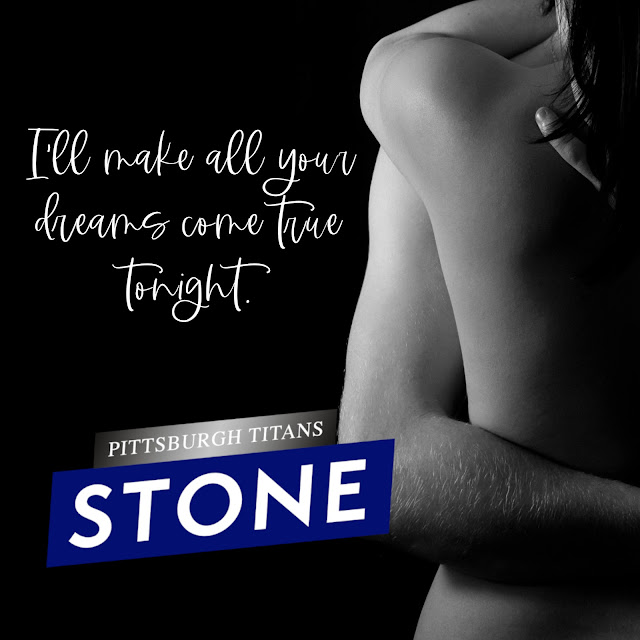