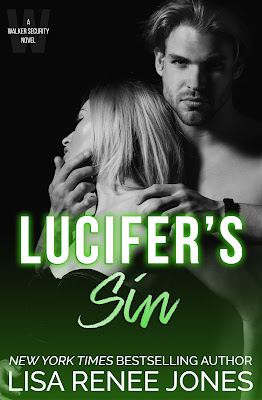 ABOUT LUCIFER'S SIN
They call him Lucifer for his wild side.
She called him the man she loved, she called him Luke. But then he proved he really is worthy of his nickname. Or so she thought. Nothing is as it seemed back then.
A man with a past. The only woman he has ever loved. Someone wants her dead. That someone is about to find out that yes, he is Lucifer when you dare to threaten his woman. Even if she doesn't call herself that now. He does. But all he ever really wanted to be was Luke—the man worthy of her love. 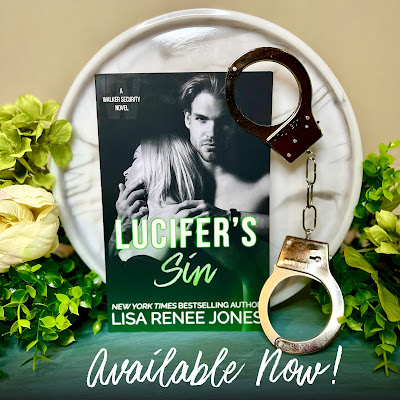 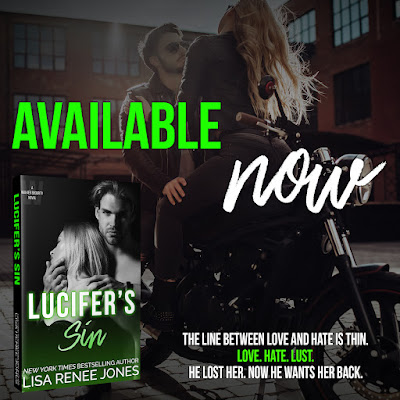 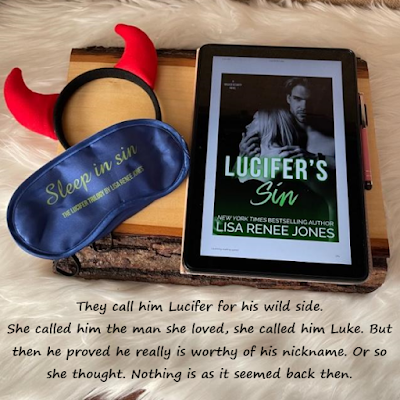 LUCIFER'S SIN was non stop action and heat right from the very first page. I love the world that Lisa Renee Jones has created with the men of Walker Security and this addition is off to a great start.
Lucifer may be fairly new to the Walker Security team but he's been with these men long enough that they will go to the ends of the earth and hunt down anyone that is looking to do him harm. So when he gets a call from an old friend telling him that there's a hit list and his name is on it moments before he's killed, it's no surprise that Adam and Savage head out with him to find out what is going on.
Lucifer and Ana's story proves just how thin the line is between Love and Hate, and their backstory is one you wont want to miss because MAN OH MAN it's one for the books...quite literally.  I like Ana but she had me shaking my head a time or two in this first installment of the trilogy. The chemistry between the two is great they just need to work past a few tiny little things before they can get what they each want...and if you couldn't tell that was total sarcasm because they have a WHOPPER of past to work through before they can move forward.
I would recommend this book to anyone that enjoys Steamy Romantic Suspense Reads, Second Chance At Love Romances, or Enemies to Lovers Romances.
Happy Reading!!!
**I have voluntarily reviewed an Advanced Readers Copy of this book for my Blog, Nadine's Obsessed with Books** 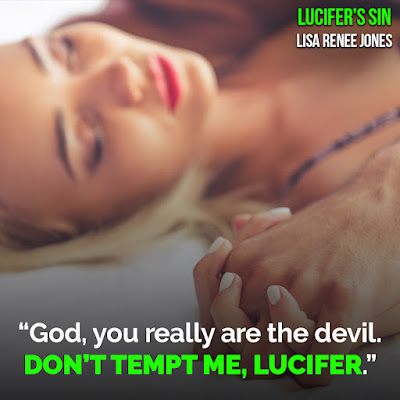 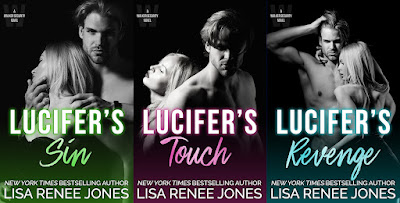 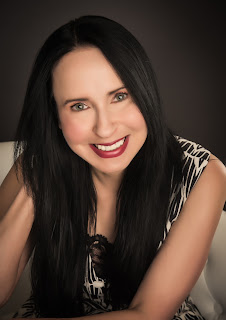 New York Times and USA Today bestselling author Lisa Renee Jones writes dark, edgy fiction including the highly acclaimed Inside Out series and the crime thriller The Poet. Suzanne Todd (producer of Alice in Wonderland and Bad Moms) on the INSIDE OUT series: Lisa has created a beautiful, complicated, and sensual world that is filled with intrigue and suspense.
Prior to publishing Lisa owned a multi-state staffing agency that was recognized many times by The Austin Business Journal and also praised by the Dallas Women’s Magazine. In 1998 Lisa was listed as the #7 growing women owned business in Entrepreneur Magazine. She lives in Colorado with her husband, a cat that talks too much, and a Golden Retriever who is afraid of trash bags.
CONNECT WITH LISA
TikTok: https://www.tiktok.com/@lisareneejonesbooks
Newsletter: http://lisareneejones.com/newsletter-sign-up/
Facebook Group: https://www.facebook.com/groups/LRJbooks
Bookbub: http://bookbub.com/authors/lisa-renee-jones
Amazon: https://amzn.to/3N9kXFG
Twitter: https://twitter.com/LisaReneeJones
Instagram: http://instagram.com/lisareneejones
Goodreads: https://www.goodreads.com/LisaReneeJones
#nadinebookaholic #bookaholic #nadinesobsessedwithbooks #bookblogger #blogpost #newrelease #oneclick #amreading #igreads #booksofinstagram #bookish #booknerd #booklover #bookcommunity #bookstagram #bibliophile #bookshelf #bookclub #bookstagrammer #readersofinstagram #bookaddict #goodreads #bookphotography #bookrecs #bookworm #romance #romancereaders
at March 25, 2022