He was made for her, all she had to do was take the leap…

Taking the Leap, the all-new beautiful and emotional contemporary romance from New York Times bestselling author Kristen Ashley, is available now!
Read on for a peek inside this incredible love story.

She’s just not his perfect woman, and she knows that too.

Then Rix gives Alex a hint that maybe there’s a spark between them that, if she takes the leap, she might be able to fan into a flame This leads to a crash and burn, and that’s all shy Alex needs to catch the hint never to take the risk again.

However, with undeniable timing, Rix’s ex, who broke his heart, and Alex’s family, who spent her lifetime breaking hers, rear their heads, gearing up to offer more drama. With the help of some matchmaking friends, Rix and Alex decide to face the onslaught together…

As a fake couple. 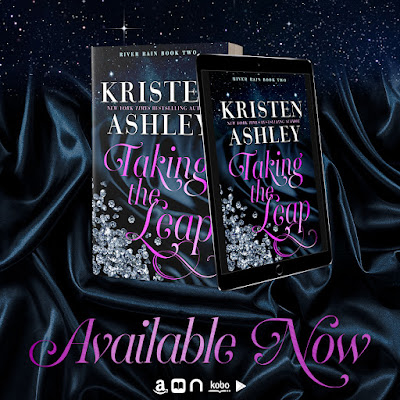 I could have lied, and when I saw him at the office, said I was driving when I got the text and that was why I didn’t answer.

But there was a part of me that was so excited to get my very first text from Rix, and that part was strong.

So strong, that thought didn’t even occur to me before I texted back with oodles of curiosity, Why?

Because I’m buying you a coffee, babe.

I said not one word about the “babe.”

Instead, I texted, Iced Chai.

Once I sent that, I texted, Mocha latte, iced or hot.

And on its heels, I sent, For just hot, flat white.

So nervous my thumbs couldn’t seem to stop tapping letters, and I therefore texted, I assume you want to know what I want right now, rather than all that I like. So just to say, I tend to be a coffee explorer, since I like coffee. And caffeine on the whole. That means the list is kinda long. But if you’re asking for right now, which you are, because it’s chilly this morning, flat white.

After I sent that, I realized that I was absolutely sounding like a dork in sending it, all of it, including the three before. As such, I watched in agony as Rix’s three dots cycled and cycled and then they did it some more.

Until I got, How much coffee have you already had?

This would have been funny if it wasn’t so mortifying.

Just one, I responded miserably.

Try to cycle down cuz you’ll have another when you get to work. Later.

I decided I’d texted enough, so I let that lie.

It didn’t lie for long.

Rix set my flat white down while I valiantly attempted not to blush, he made no attempt whatsoever to hide he totally did not miss I failed at this endeavor, smiled a smile that I wanted to think was friendly, but instead it seemed sexy, this thought being exacerbated when he muttered under his breath so I almost couldn’t hear it, “Only you could make a rambling coffee order adorable.”

Rix winked at me and said in his normal voice, “Bottoms up, Alex.”

With that, seeing as he was in his chair that day, he wheeled away.

Since there was a lot going on with packing for the move and tech hookups and such, I only had to deal with Rix in passing for the rest of Monday.

However, Tuesday morning, I was shoving stuff into my bag at home, preparing to head down the mountain to dig into the move, when my phone chimed.

Another text from Rix.

A startled laugh escaped from me because he was being funny.

I then texted back, You don’t have to buy me coffee.

To which he texted, I know I don’t.

Then I sent, I’m just saying, we’re good. We had a blip last week. But now we’re great.

Why did reading those two words texted by him make my breasts swell?

Good. Great. I mean, things are fine. You don’t have to butter me up with coffee.

So coffee is a way to butter you up?

Or was it just being funny and friendly?

Or was it just a kind of getting-to-know-you, valued co-worker, but in a jokey fashion?

Tell him what you want and stop texting, Alex! I admonished myself.

I did not stop texting.

You did say that, so maybe you’ll tell me what kind you want this morning.

Time to get beyond this.

Right. And then he sent, That only took five minutes. I’d fill the other five by asking you what kind of donuts you like, but we got a lot to get accomplished today. I’m sure I’ll enjoy your dissertation on that, but I’d prefer to sort out my office so I can start doing the shit I’m getting paid to do.

He one hundred percent did not need my views on donuts then.

He sent a smirk emoji, which shared the impossible.

Rix could even make emojis sexy. 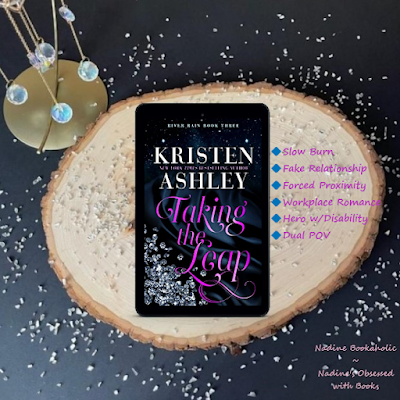 I devoured this book, it took me a little more than a day to read it only because I couldn't keep my eyes opened any longer, but, if I had started it earlier in the day it would have been completed in a day...and that's saying something since this book is just under 500 pages. Alexandra "Alex" Sharp is what some may think of as a shy kind of socially awkward girl but she is that way for a reason, and that reason is her family. OMG her family leaves a lot to be desired because they are a total freak show...and we have a front row seat to some of their craziness. John “Rix” Hendrix has been working with Alex for a few years now and during that time she's been crushing hard on him but he doesn't get that read off of her, in fact he reads her all wrong...he thinks she's hung up on his disability. Until one night a few people from work are out for drinks celebrating and he gets a chance to really talk to her and WOW, what a difference one night can make. I really enjoyed watching Alex's crush for Rix go from a a fantasy to reality with the help of a Fake Relationship. They have great chemistry together and so much in common it has you wondering why they didn't get together before now. I only had one small problem while reading this story and it was the way it was told. It was told in first person Dual POV's and then also Third Person POV which at times was confusing. I don't know if this was because it was a readers copy and changes were still being made or what but for me it did take a bit to get use to it. If you enjoy the Fake Relationship Trope, Steamy Contemporary Romances, or Workplace Romances I would highly recommend this book to you. Happy Reading!!! 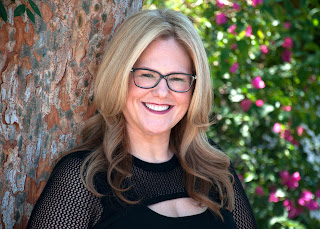