The Bride He Stole for Christmas: An Uplifting International Romance (Harlequin Presents) by Caitlin Crews ~ Book Review with Excerpt

The Bride He Stole for Christmas: An Uplifting International Romance (Harlequin Presents) by Caitlin Crews 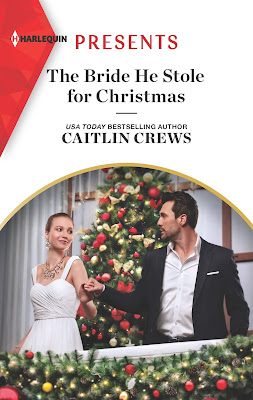 She gave him her innocence.

Can he win her back by Christmas?

Certain that she will never love again, Timoney George has agreed to a convenient marriage. If she can’t recapture the hot, all-consuming chemistry she discovered with Crete Asgar, she might as well have cold security.

Crete tried to forget Timoney, but the idea of another man possessing her is intolerable. With just twelve hours until she walks down the aisle, Crete steals her back. And now he has the night before Christmas to prove to her—and himself—that he won’t break her heart all over again…

Add The Bride he Stole for Christmas to your Goodreads!

Buy The Bride he Stole for Christmas by Caitlin Crews

Tell me your name, he had ordered her. And then tell me what it will take to make you mine.

She shuddered at that, here on her frigid bench on this lonely Christmas Eve, her body as alive and greedy as she had been that night.

And Timoney wanted to scream out all the anguish, all the artless fury that he’d left her with. His betrayal so absolute that it had taken her whole months to fully comprehend exactly what he’d done. Chucked her out. Forgotten her name. Washed his hands of her completely.

Yet tonight, when she should have been reveling in exactly how cold and dead inside she’d become, it was as if he was here. A ghostly presence in the mist, and it seemed deeply unfair that any ghost could fill a cold garden the way he had always overwhelmed a room.

She blew out a breath and told herself not to be such a fool. For once.

Crete was immovable. A terrible wall of stone and silence, and some part of her had known that from the start.

And still she had run straight for all that brick and smashed herself apart.

Timoney wrenched open her eyes, and as she did, the moon came out from behind the clouds.

And it was impossible, but Crete was there. He stood before her looking beautiful and dangerous, as ever. He was sheer male glory in his typical uniform, one of those dark, bespoke suits that made love to his body in all the ways she longed to do.

It was not possible, and yet every hair on her body seemed to stand on end, so she knew that it was real. That this was no dream.

That somehow, Crete Asgar was stood in the remains of the garden while her uncle and her husband-to-be carried on toasting the wedding up in the manor house.

And all the feelings she’d been holding at bay slammed back into her, and worse, were lit up with hope.

Because he had finished with her because she’d committed the cardinal sin of telling him she loved him. Why would he be here, on the night before her wedding no less, unless he was finally ready to admit what she had always suspected, that he loved her, too? What else could bring him out on Christmas Eve?

“You can’t possibly marry that old man in the morning,” he told her, and he did not sound like a man tortured by love. He did not sound tortured at all. Or in love. If anything, Crete sounded impatient. “I have standards, Timoney. Obviously any lover after me will be a downgrade. But this verges on an insult.” 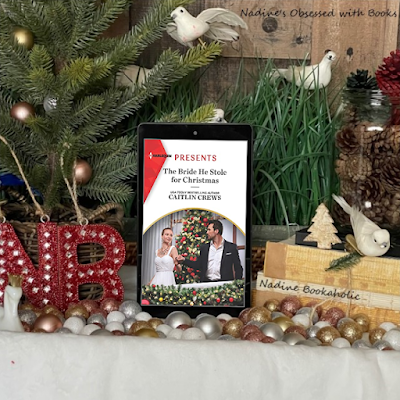 So this review is hard for me to write for a few reasons, and the most important one is that I just couldn't connect with the characters. I've had that issue before as I'm sure many have but this time it made the book just drag for me.

Timoney and Crete have a past, one in which she professed her love to him and he basically threw her out of the home they shared for six months, now she is engaged to be married to someone else and Crete wants her back. This story takes place in roughly the span of one day. Crete shows up at Timoney's home on Christmas Eve and tells her she won't be marrying the guy her Uncle has arraigned for her to marry the next morning.  Ugghhh, I'm not sure what else to say because this is supposed to be an Uplifting Romance and I didn't see it that way. Timoney's parents passed away and she is left with her Uncle who doesn't want anything to do with her and despises that he has to spend his money on her but she has a trust fund that she will get once she reaches a certain age so why wasn't there provisions for a caregiver to keep her in the life she was accustomed to? Why was she removed from her private school when she should have been able to stay there? Why was her Uncle arraigning a marriage for her when this isn't a historical romance or one in which arraigned marriages are a custom? So many things just didn't make sense to me, could I overlook them yes if it was just one or two but when it's numerous things with both the Heroine and the Hero then it just becomes to much.

I will say that I am in the minority with my rating of this book so check it out maybe you'll like it more than I did....and I hope you do.

USA Today bestselling, RITA-nominated, and critically-acclaimed author Caitlin Crews has written more than 100 books and counting. She has a Masters and Ph.D. in English Literature, thinks everyone should read more category romance, and is always available to discuss her beloved alpha heroes. Just ask. She lives in the Pacific Northwest with her comic book artist husband, is always planning her next trip, and will never, ever, read all the books in her to-be-read pile. Thank goodness.

Connect with the Author