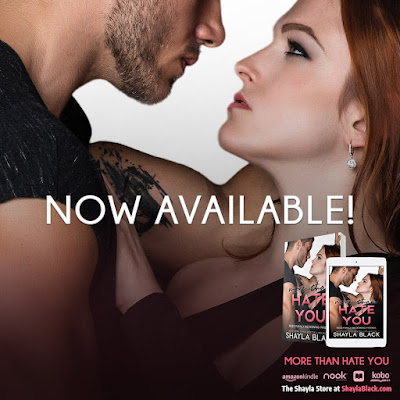 I seduced her to close the deal. Now I refuse to ever let her go. 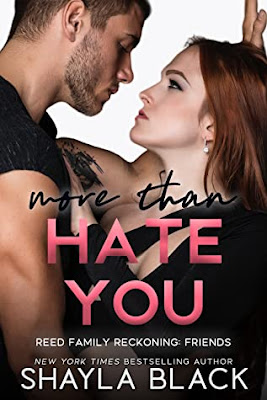 I’m Sebastian Shaw—CFO, pragmatist, and moneymaker. I’ve mismanaged love in the past, but when it comes to business, I’m pure shark, able to cut down any threat to my success…except Sloan O’Neill. We’re vying for the same major client, so I do what any self-respecting cutthroat does to gain the upperhand: spy on the ball-busting piece of work. She may be gorgeous and unnervingly clever, but I have skills. My gutsy hourglass-shaped roadblock doesn’t stand a chance.

Until I realize I’m falling for her.

Suddenly, everything from my objectives to my morals is cloudy. Stay loyal to my best friend and boss to win this critical client at any cost…or give my heart another chance? But the more time I spend with my redheaded adversary, the more I realize she’s not just ambitious but kind, vulnerable…and perfect for me. Sloan has no idea how far I’ll go to make her mine—but she’s about to find out. 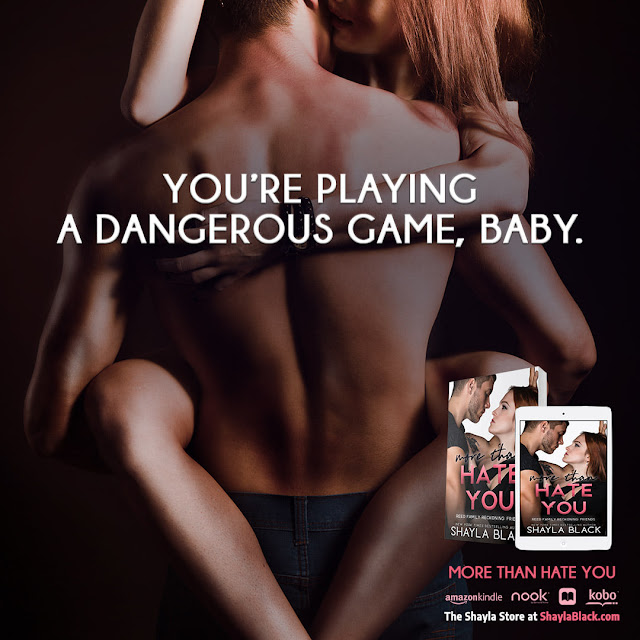 “Hey, baby. You calling to tell me to f*ck off in that sweet voice of yours? I feel so special…”

“But I’m calling for an entirely different reason.”

Only something dire would make her reach out to me. I sober. “I’m listening.”

“I just digested our first-quarter financials. Shane is either insane, an addict with no impulse control, or intentionally trying to end the company his father spent his whole life building. He’s withdrawing every bit of profit, along with nearly half of our end-of-year budgets and capital funding for his personal use. He bought a yacht. He fired Karly and replaced her with a stripper named Destiny—I can’t believe I have to admit that—and doubled her salary.”

Holy sh!t. From an impartial perspective, Shane is so dumb it’s almost comical. But I hear the crack in Sloan’s voice, and I want to soothe her.

On the other hand, she divulged the fragility of their business to me. I’m surprised. She must know I could virtually destroy them with this information. And normally, I wouldn’t hesitate, but… “I’m sorry he’s such an irresponsible douche. You’ve worked your ass off and you deserve better.”

“I don’t care what you think, Sebastian. I just want you to fix it.”

“Yeah. I reached out to Bruce Rawson. —”

“You mean your father?”

“As a matter of biology, yes. But until he sees fit to acknowledge that fact, he’s merely the founder and CEO of the company I work for. So I sent him a list of the expenses Shane has approved and the ways in which he’s spending the funds.”

“Is he firing Shane?”

“No.” And she’s not happy. “Instead, he authorized me to oversee Jeremy so he can ‘take control of the company’s finances and set them right again.’”

The Jeremy she’s talking about isn’t my buddy, McBride, but me incognito. “You think I’m going to save Reservoir?”

Since Sloan would rather gnaw her hand off than call me, I now know two things. First, Reservoir is likely a quarter or less away from folding. Second, winning her Daddy’s affection is more important to her than protecting her heart from me.

But what she’s suggesting… “You know I can’t do that. I have a job.”

“It’s your problem that you work for Satan.”

She only calls Evan that because she thinks he’s setting the course for the new trails Stratus is blazing. If she knew most of the expansion ideas were mine, I would likely graduate from minion to the dark prince himself. “Who happens to be my best friend and a great guy.”

Sloan is quiet for a long moment. “I saw him in London. He was very polite. He even apologized for your subterfuge.”

Evan didn’t tell me that. Then again, he wasn’t focused on meeting the woman, merely making sure she didn’t trash Stratus’s reputation.

“Why do you think I would save my competition?” Evan’s life—hell, my life—would be so much easier without Reservoir nipping at our heels. Shane might be a colossal f*ckup, but underneath him and all those compromised VPs, they have a dedicated, talented staff.

“I can prevent something your boss wants to avoid.”

“What?” But I already know.

“I’m friends with lots of people who run important industry blogs and trade publications. So unless your boss wants the world to know you fraudulently posed as a respected consultant and that he condoned it, that you even went so far as seducing the competition to subvert them…”

I’ve always been hopelessly attracted to Sloan. I have mad respect for her. But this? After Becca, this may be as close to love as I’ll ever fall again. 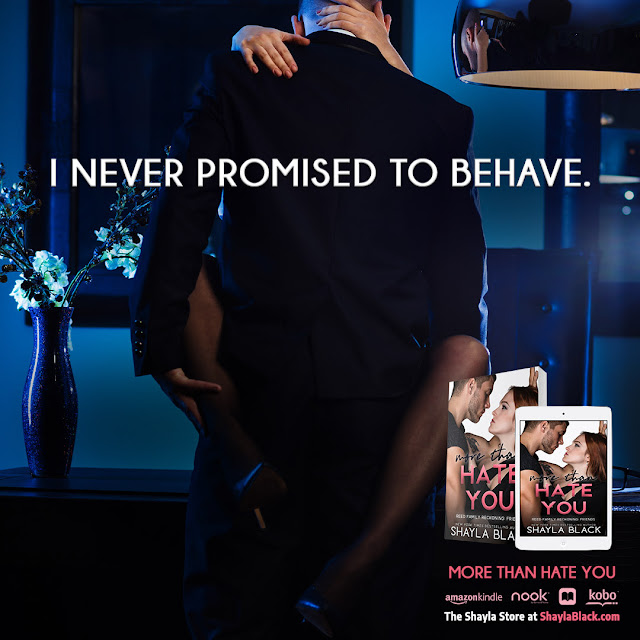 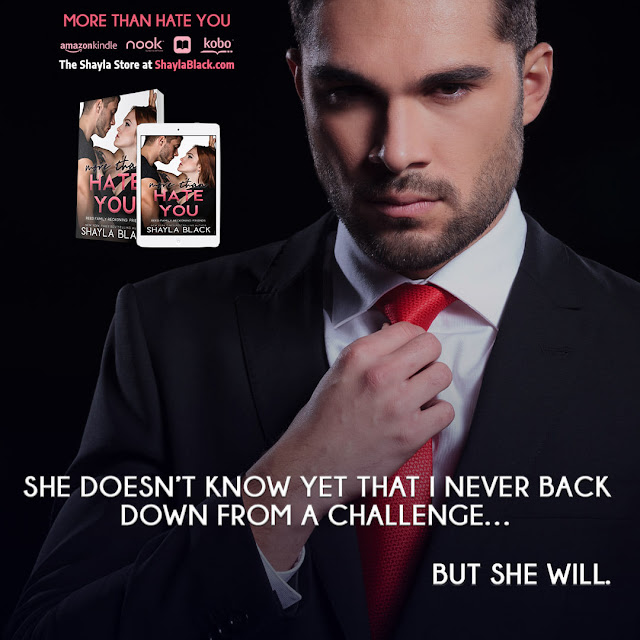 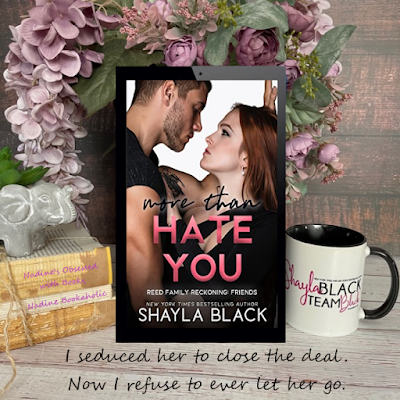 Sebastian Shaw is what most would consider ruthless when it comes to business but when he meets Sloan O’Neill things suddenly change for him. Sloan and Sebastian are very similar in putting their careers first but they have very different work ethics.

Have you read MORE THAN CRAVE YOU? Well if you have, you know Evan Cook, Sebastian's boss and best friend. Sebastian and Evan's bromance is prevalent in this story and I enjoyed every minute of it.

Sloan's backstory is one that will pull at your heartstrings... I know it did mine. There is a valid reason for Sloan to be weary of men, but watching Sebastian gain her trust was a wonderful thing.

I loved not only the enemies-to-lovers aspect to this story but the whole corporate espionage part of it as well. It was fun to watch Sebastian in a role we normally don't get to see him in. All's fair in love and business...right? LOL

If you enjoy Steamy Contemporary Romances, Office Romances, or Enemies to Lovers Romances I would recommend this book to you.