The fate of everyone on the Earth plane hangs in the balance, and one wrong move could cost Zoey everything she loves.
The Rebel Queen, the thrilling start to the all new Outlaw series set in the Thieves world by New York Times bestselling author Lexi Blake is available now! 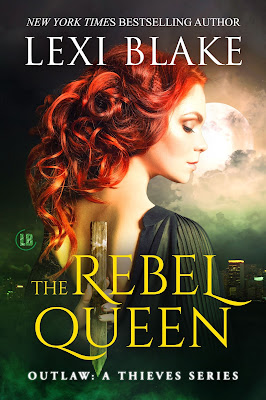 In the four days that passed while they were gone, twelve years have passed at home. Now Zoey, Danny, and Dev find themselves in the middle of a new war where they are hunted by old foes and former allies…some they could never have imagined would turn against them.

As Myrddin’s plan becomes clear, Zoey realizes she just might hold the key to stopping him for good and reclaiming their kingdom. Doing so means risking it all to steal back an artifact out from under the wizard’s nose. The fate of everyone on the Earth plane hangs in the balance, and one wrong move could cost Zoey everything she loves. 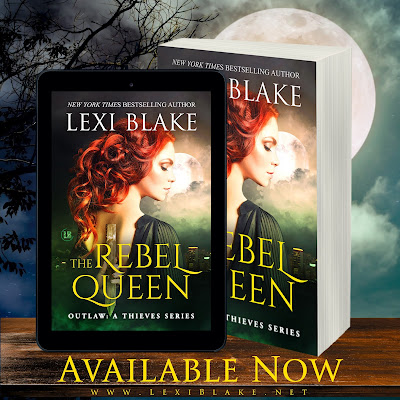 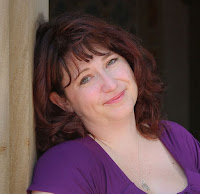