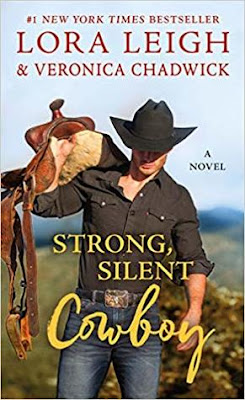 
He Will Do Anything…

Sallie Hamblen had three incredibly hot, sexy nights with Jacob Donovan, an undercover CIA agent, before he disappeared, leaving her broken hearted and forever yearning for the man she lost. Years later, Jacob doesn’t know that the beauty he’s about to seduce in a small town bar is the woman he held in his arms all those years ago… and that she’s on the run from her past.

To Keep Her Safe…

Former CIA agent turned cowboy, Jacob Donovan wants nothing more than a simple life. Just the ranch and occasionally someone warm and sweet in his bed. Until Sallie comes back into his life and all of a sudden he wants to be in her bed every night...all night. When he discovers that her life is in danger, he swears he’ll protect her. Even when secrets are revealed that threaten everything between them, he will lay everything on the line to keep her in his arms. 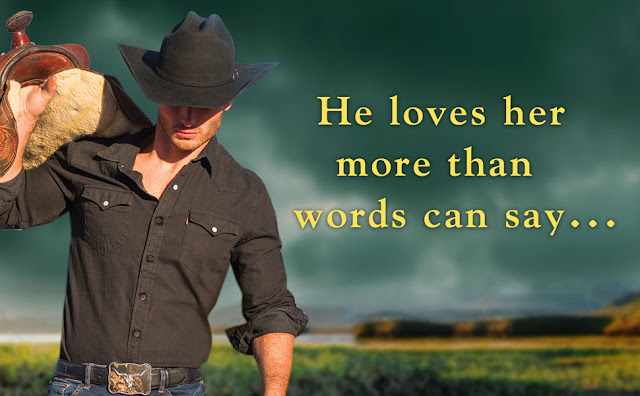 It had been three years. Three long, lonely, heart-broken years since he’d disappeared one snowy afternoon in Sweden.

Three years, two of which had been spent running, terrified, certain that death lurked around every corner. Now, relocated to another state, another town, another name, and the past was staring at her as though she had never existed before this moment.

“Jacob, I’d like you to meet the new manager for Dillerman’s Feed and Supply, Sallie Hamblen. Sallie, one of our most eligible ranchers, Jacob Donovan…”

Who made the introduction, she had no clue. All she knew was the man who stood in front of her, hand extended, one of those distant little curves to his lips that people gave someone they didn’t know and weren’t certain they wanted to know.

She fought to swallow, to speak. What came out of her mouth was polite enough.

“Nice to meet you.” The sound was strangled to her ears. Too rough.

She barely allowed her hand to touch his before pulling back from him. If he saw it as rude, then so be it. She couldn’t make herself do more, give more. Not now. Not with this man.

He didn’t know who she was.

The three years had been hard ones, but the stress and worry hadn’t yet marked her features. She was the same woman he’d spent three days in a bed with, three days marking her soul in ways she still hadn’t recovered from, in ways her heart couldn’t forget.

But his name was different as well.

“Where you from, Miss Hamblen?” His tone didn’t show disinterest, but there was zero familiarity.

He didn’t remember her.

The pain, the humiliation was almost overwhelming. It burned through her mind, into her chest, and struck at her heart. She’d found him after three years of searching, only to learn his name hadn’t actually been Jake Rossiter as he’d claimed, but Jacob Donovan. He was a rancher rather than attached to an embassy. But she recognized him. She’d seen him the moment he entered the room, just as he’d seen her. Their eyes had met, and then he’d turned away as though he hadn’t spent three days making her scream with pleasure. That he hadn’t disappeared from her life as though he had never truly existed.

“Miss Hamblen, are you okay?” her new assistant Tara queried in concern.

Was she okay? She was dying inside. Okay was not an option.

“I think I’m just tired.” Sallie turned to the other woman, fighting to hide her desperation to escape. “And it’s rather warm in here. I believe I’ll return to my hotel if you don’t mind, Tara.”

She ignored Jacob. She had no choice. Pain was ripping at her chest, tears threatened to fill her eyes. Oh now, wasn’t this just wonderful? She’d spent three years agonizing over him, two years of that time she’d spent running for her life. And now, he was here, staring at her, watching her curiously, but he didn’t know her. She’d mattered so little that he didn’t even remember her.

“I can take you back. Let me get my bag.” The other woman rushed off before Sallie could tell her that was okay, she’d make her own way back.

“It was nice to meet you, Mr. Donovan.” She barely forced the words past her lips. “If you’ll excuse me.”

“Of course.” A polite smile, a narrowing of his eyes, but he didn’t say anything more and allowed her to turn and walk away from him.

She pressed a hand to her stomach, wondering if it were possible to hold back the emotions tearing through her now.

This wasn’t what she’d expected to find in the small town of Deer Haven. A place to hide. Time to give her stepfather to figure out who was stalking her and why. That was all she’d hoped for when he’d deposited her in her hotel two weeks ago. Stanley Dillerman had arrived the next day and given her the manager’s position at his feed and ranching supply store, and Sallie had fought to just get through each day until she found her balance here.

Yeah, that wasn’t happening now. There wasn’t a chance.

Because Jacob Donovan was here. And the weekend she’d spent with him was still a brutal, pain-filled reminder of everything she’d lost since. Everything. Especially the man and the dreams she’d once allowed herself to believe in. 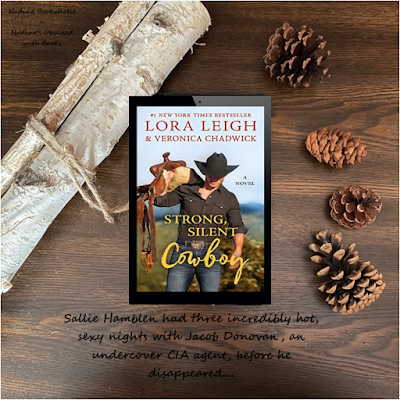 What would you do if you moved to a new town to run away from people that were chasing you and you found the man that rocked your world three years earlier...and he didn't remember you? Well, that is what Sallie Hamblen is faced with when she moves to Deer Haven, California.
Jacob Donovan was recruited by the CIA when he finished basic training at the age of 18. He was on a mission in Switzerland gathering Intel on a terrorist group when he met Sallie and they spent a fantastic weekend together, but he never returned to her like he said he would so she returned to her home in the US.
Sallie is on the run from people and she doesn't even know why they are chasing her. Her step-father has helped her procure a new name, and a job that sets her up in Deer Haven where Jacob lives as a rancher. When they are first introduced her heart speeds up and he has NO CLUE who she is. Well, isn't that kick in the head.
This story spans over six years, from when they first meet to when they finally get together. This story had great promise, and if I was rating the book on the hotness factor alone it would have gotten 5 stars because it was HOT, but I felt the story line wasn't developed to it's potential and I am left with a couple of questions that most likely will never get answered. I thought everything would wrap up in an Epilogue or something but it didn't so I'm left wondering about a few things.
Strong, Silent Cowboy can be read as a standalone even though it's the second book in the Moving Violations Series. This story revolves around one couple and there is no cross over between the books other than being friends.
If you enjoy Erotic Romantic Suspense than I would recommend this book to you.
Happy Reading!!!
**I have voluntarily reviewed an Advanced Readers Copy of this book for my Blog, Nadine's Obsessed with Books**


ABOUT THE AUTHOR
Lora Leigh, Veronica Chadwick
#1 New York Times bestseller LORA LEIGH is the author of the Navy SEALS, the Breeds, the Elite Ops, the Callahans, the Bound Hearts, and the Nauti series.

VERONICA CHADWICK was the author of Rude Awakening and The Warlord's Gift, along with One Tough Cowboy and Strong, Silent Cowboy, co-authored with Lora Leigh.