Damn it! He’s a doctor, not a serial killer hunter.

Damn it! He’s a doctor, not a serial killer hunter.

When a man they call the Viking walked into his clinic in rural Libya, the last thing Dr. Walt Hayden foresaw in his future was a wedding, a stalker, and a serial killer...in that order.
Attending his brother’s wedding becomes the start of a journey across Europe in the company of Dr. Annalise Fischer and her bodyguard. Eric, the Viking, has a long list of enemies...as does Annalise, who has attracted the attention of a dangerous stalker, a man who will stop at nothing to claim her as his own.
Walt may be the only man who can help put the pieces together to identify a killer who has already claimed one of the Masters’ Admiralty’s own. And if he falls in love with a member or two of that secret society along the way, well…
That love is doomed...because Walt is already promised to the Trinity Masters. 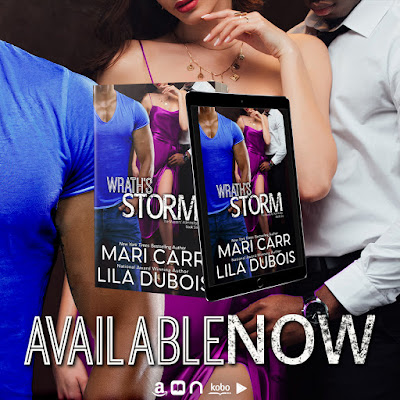 “Now kiss.” Walt waved his hands at them.
Annalise turned to look at Walt, utterly stunned. “I’m sorry…what?”
“You love one another. Kiss.”
Right.
Kiss Jakob.
Which she’d only been fantasizing about for months or maybe the better part of a year.
Annalise stood and faced Jakob. She could do this. Just walk over there and kiss him.
She didn’t move. Couldn’t. Jakob was right there, and a wild mix of embarrassment and uncertainty rooted her in place. She’d spent so long not kissing him that this felt awkward.
Jakob crossed his arms. Uncrossed them. Put his hands in his pockets. All the body language that said a person was unsure or uncomfortable.
They waited. The three of them. Standing there. Self-conscious and silent.
Walt sighed noisily, but he was smiling. “You two are lucky I’m here.” He reached out and took Annalise’s wrist, then pulled her over to where Jakob was standing.
Walt didn’t let go of her as he reached out with his free hand, cupped the back of Jakob’s head, and kissed him.
A hot, sharp stab of desire lanced through her. She loved the way Jakob’s eyes widened for just a moment, the shock and surprise so unlike his normal expressionless mask. Then he closed his eyes and wrapped one arm around Walt’s waist, holding him close.
Walt pulled back, a bit breathless. “Damn, man, you can kiss.” Then Walt glanced at Annalise. “Come here.”
The husky command fired her libido even more.
Walt pulled her in, without really backing away from Jakob. Her shoulder brushed against Jakob’s chest, but she kept her focus on Walt.
For the second time, he bent to kiss her. There was no chaste start to this kiss. His tongue slid between her lips, demanded entry to her mouth, and then swept inside. Walt was holding her wrist, but another arm, Jakob’s, came around her waist. Jakob tugged her forward several tiny steps, sliding out of the way as he did.
For a moment, she panicked as Jakob pressed her against Walt’s chest, allowing the other man to deepen the kiss even more. Was Jakob giving her to Walt? Saying he loved her but didn’t want to kiss her?
Then Jakob slid behind her, his chest at her back, and his undeniably erect cock against the top of her ass. Hands curled around her hips, sliding up her sides until he cupped her ribs, fingertips on the sides of her breasts.
Annalise broke the kiss with Walt, twisting to try to look at Jakob.
“No,” Jacob said, and she felt the word rumble through his chest and into her back. “Kiss him.”
“I thought you didn’t want to watch?” She sounded breathy, and the men reacted to that, both of them inhaling heavily.
“I’m not just going to watch,” 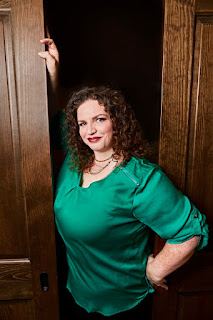