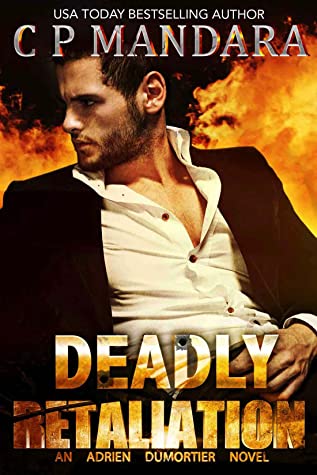 Can You Orgasm With Just One Word?


It seems rather unbelievable, doesn't it?

Could you be trained to orgasm with the utterance of just one tiny word? Nah.

Actually, you can. It's called 'orgasm on command' training and you can have a lot of fun with it.

The most common cues are usually verbal and involve a word or short phrase that will trigger the orgasm. Visual cues can also be used. It might be a click of the fingers or a certain part of your body that gets touched a certain way. You could also use a countdown followed by a visual cue.

How do I achieve this? I hear you ask. Well, do you remember the Pavlov's dog experiment? The one where they ring the bell and the dog comes running for his food? That's called classical conditioning training. It's a learning procedure where a biologically potent stimulus (orgasm) is paired with a neutral stimulus (verbal cue?). The trick is to reinforce the training as much as you can until the conditioned response becomes almost natural.

Can everyone be trained to do it? Well, that's probably being overly optimistic, but it would certainly be fun giving it a go, right? I mean, who doesn't love a bit of public humiliation on the train, or at a friend's wedding, or at the supermarket... Wow. The possibilities are endless...

Anyway, why am I talking about this? Because Adie's training up Mel to come every time he clicks his fingers. I think she'll have fun with it ;)

Here's a little snippet for you:


“Okay, first things first. You are not allowed to call me asshole, bastard, twat, or anything slightly derogatory from now on. If you do so, our agreement will cease to exist. Secondly, this surly behavior is unlikely to be rewarded by an orgasm. You play nice, I play nice. That’s how it works, princess.”

“I don’t want an orgasm,” she growls.

“And that’s why you’re going to get one. When it hits, princess, you’re also going to scream my name so the whole car can hear. I have a reputation to maintain around these parts. We good?”

“You have got to be fucking kidding me, you ass…” her voice tails off abruptly. Ione caught that just in time. After a few glasses of champagne, though, she might not be so lucky.

“That was close,” I say. “You’ll have to watch that tongue if you don’t want me to let my inner demon loose. I nearly got excited imagining all the depraved things I’m going to do to you. Oh, the things I have planned, Ione…”

“Ff…” that one ends on a squeak, too. I’m not sure if it’s because she’s caught herself saying something naughty or whether it’s because my thumb has now found its way into her ass. It’s one of those.

“Shh. I don’t want to hear another word unless it’s my name screamed at the top of your lungs. Are you ready, Ione? Are you ready to cry out?”

Pistoning in and out of her holes, I stimulate her clit, G-spot and ass, all at the same time. It’s not something you can fight, but she tries her best to defy me. That in itself is amusing. If a Dumortier wants you to orgasm, you fucking orgasm. We’re not usually that generous with our favors, so she’d better take her pleasure where she can get it.

“Remember, if you don’t scream out my name, you get punished and I get to fuck you. That’s just a little incentive for you to scream it out, princess. Don’t be shy. Three. Two. One.” I then click my fingers and my little temptress orgasms as if on cue. Am I good or what?

“Adieeee!” Ione’s body goes ramrod stiff and she throws her head backwards and scrunches her eyes tightly closed. The ‘e’ sound of my name seems to go on forever as she climaxes, and it’s the sweetest music indeed, especially as all the men turn towards me to give me the thumbs up. Unfortunately, Ione still has her eyes closed, else she’d go crimson with embarrassment. Oh well. We’ll save humiliation for our next encounter.

Christina's New Series starts with Deadly Retaliation which is available from Amazon: mybook.to/DeadlyRet

If you'd like to start with a freebie, you go all the way back to the beginning with Sparks here: myBook.to/sparks