Bayou Baby, an all-new steamy contemporary romance that will warm your heart from New York Times bestselling author Lexi Blake, is out now! 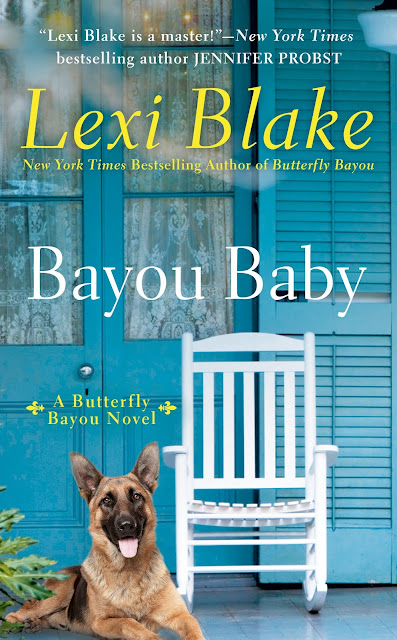 Seraphina Guidry loves Butterfly Bayou. A young, single mom, she’s trying to find a place for herself in the town she cherishes, but past mistakes have made her wary. She adores her son but has sworn off men. She's dedicated herself to restoring an historic house and building her own business. A quiet life is all she wants.

Harrison Jefferys never expected to find himself in small-town Louisiana, but he has a job to do and a family to reconnect with. After years in the Army, he’s happy to spend time with his Aunt Celeste and his cousins in such an idyllic spot. When he meets Seraphina, he starts to think Papillion might be a great place to call home. But a secret from Sera’s past rears its head and threatens to tear the community apart.

Caught between the woman he’s coming to love and the only family he has left, Harry knows he has to follow his heart and with the help of the crazy, loving, meddling locals find a way to keep them both. 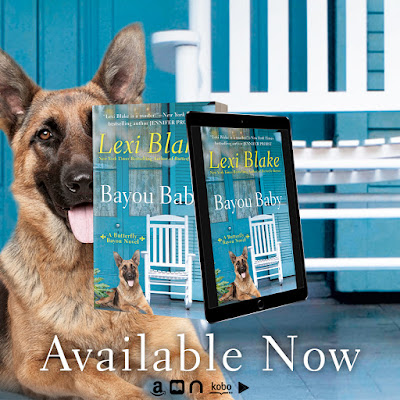 Harry found himself standing in the doorway of the church reception hall. There were a bunch of people milling about, most with red cups in their hands. “For a crazy old lady she drew quite a crowd.”

“Oh, everyone comes out for funerals in these parts,” Cal admitted as he made his way to the big crystal punch bowl and got himself a cup. “There’s not a lot else to do so weddings and funerals are big social events.” He took a long drink. “And, damn, but Zep’s got a heavy hand with the rum. There’s way more rum than punch. The Guidrys might be trash, but trash around here usually knows how to party.”

He wasn’t sure he liked his cousin referring to anyone as trash, but he didn’t know the family well. He did know he’d heard the name Guidry from his aunt’s mouth and it was obvious she didn’t think much of them. “I think I’ll try the lemonade.”

“Suit yourself.” Cal refilled and looked around the crowd. “Introduce yourself around. I’m going to see what Josette has going on. Now there’s a woman I could spend some time with. Some fun time.”

His cousin winked and walked off toward a slender blonde.

He was rapidly discovering his cousin was a bit of a douchebag.

He turned to find his own pretty blonde staring up at him. She was petite, barely coming up to his shoulders, and he would bet half her weight was in that hair. It flowed past her shoulders almost to her waist, and there was so much of it. Thick, honey-colored silk. Sky blue eyes found his own and held him there. Her arms were crossed over her chest and he noted that she was drinking the lemonade.

“How do you know that? Maybe I’ve been here all along and no one’s noticed me.”

Her nose wrinkled sweetly. “Oh, they all notice you. That’s how I know you’re the new guy. Welcome to Papillon. I came over to give you fair warning. I think single people need to stick together in an effort to stay single despite the societal pressure to give in to the patriarchy. If my mother tries to convince you to let me show you around, she’s really trying to find me a husband.”

Oh, but he might not mind her showing him the town. Beyond being gorgeous, he liked the sass she was throwing his way. He was self-aware enough to admit that women had come easy to him. He wasn’t hard on the eyes, but finding one who got him was a different story. “That seems to be a theme. The church secretary already tried to have her granddaughter show me around.”

A single brow rose over those heavenly eyes of hers. “Debra? Yeah, you have to be careful with her.”

“Yeah, she also drinks a lot more than Helena will admit, and she’s started a couple of spectacular bar fights. She likes to pit her suitors against each other and make them fight for her.”

“Good to know.” He glanced around and sure enough, every eye was on him. “Well, I don’t suppose you would show me around. Maybe if you showed me around, people would stop offering up their daughters. I noticed no one has asked me if their sons could show me the town. Do the men of Papillon not know their way around?”

“Well, you could say that about a lot of them. But no, it’s because there aren’t many available men and when a new one comes to town it’s like a medieval parade of who has the best dowry. You need to remember that whatever my momma tells you, I’ve got no dowry whatsoever. I come with a lot of baggage. Tons of baggage.” She gasped as though she’d just had a thought. “Unless you would rather have a nice man show you around our town. I hadn’t considered that and it was awfully backward thinking of me. I know a great guy. His name is Michael Hendricks and he’s such a doll. You would get along so well.”

Whoa. That had taken a turn. She was smiling, and that smile took her from beautiful to gorgeous. That smile kind of lit up his world, but she was working under a big misconception. “I’m comfortable with women showing me the sights. Did you get excited about setting me up with your friend?”

A hand cupped her hip, and the sass factor went sky high. “Is there a reason you wouldn’t like my friend?”

The cutest frown came over her face. “You’re a confusing man.”

“So I’ve been told.” Oh, he liked her. A lot. She would be a ton of fun, and not in the way Cal meant it. He would very much enjoy getting to know this woman. “How about tomorrow? It’s Sunday. I can take the afternoon off.”

Her eyes widened. “Are you hitting on me at my great-aunt’s funeral?”

He had probably gone a nice shade of red. He hadn’t thought this through, and he definitely hadn’t realized she was related to the deceased. He thought she was one of those people who’d come for the gumbo. “Well, that would be rude of me so no, I am not.”

She looked him up and down. “It would be rude, and I was only coming over to warn you that my mom will likely try to trick you into dating me. Don’t fall for it.”

She turned on her heels and started to walk away.

She glanced back, that blonde hair swaying. “Seraphina Guidry. Remember it so we don’t have to go through all of this again. Welcome to Papillon, Mr. Jefferys. I hope you enjoy your stay.” 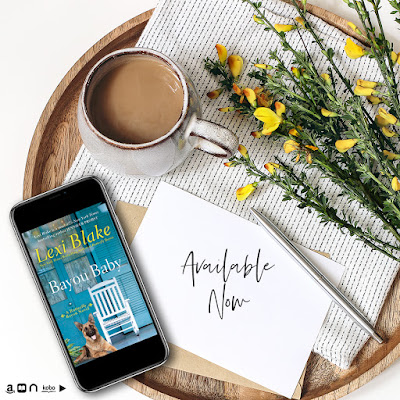 I inhaled this book, I loved Sera and Harry, the small town of Papillon, and the transformation of a bitter woman.

Seraphina has lived in Papillon her entire life and as a young single mother who refuses to name the father of her child the people in the small town think the worst of her. This makes things difficult for her but when her great-aunt passes and leaves her her beloved home Sera believes she can fix it up and sell it so she is able to move and make a fresh start for her and her son.
Harrison Jerfferys is in town to help his Aunt Celeste with his cousins wedding. He spent years in the Army and now that both of his parents have passed he is looking forward to reconnecting with his mothers side of the family in the beautiful small town. Harry
When Harry and Sera meet for the first time you can tell there were sparks but it took a while for the flame to build, which I loved watching. This story was one of secrets, patience, friendship, love, growth, and forgiveness. I loved that this story had much more of the small town feel than the first book did and Otis is always a fun addition. In addition to the Romance between Sera and Harry we have the feud between Celeste and Sera which in all honesty is a major point of this story. Celeste detests Sera and considers her beneath her which is why she hated when her son Wes was friends with Sera and blamed Sera for Wes joining the Army, which is where he was killed by an IED.
If you enjoy Small Town Romances, Military Romances, Single Mom Romances, or are just looking for a good read I would definitely recommend this book to you.
Happy Reading!!! 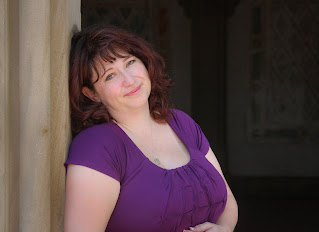