Catch Twenty-Two by Marie James is LIVE and FREE with Kindle Unlimited!
“Bully romance has never been so good…” Kristie, GR Reviewer 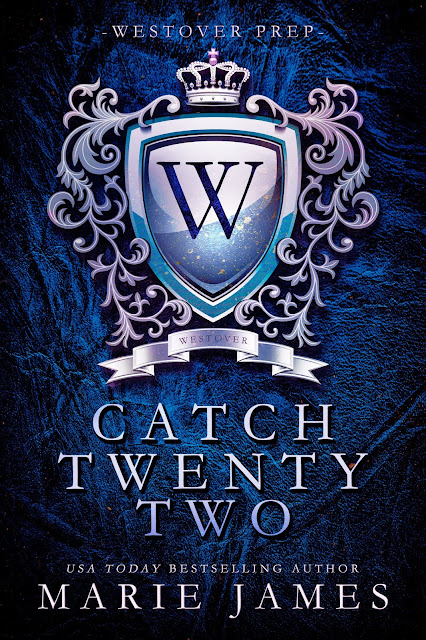 He can't stand anything about her, but can't keep his hands off of her.
Frankie
I wasn't looking for him.
He found me.
With his sexy smirk and irresistible body.
I wanted nothing to do with someone like him.
Judgmental and brooding.
So full of himself.
But now, I'm stuck playing the fool.
Falling for him.
And losing it all.
If only for one night.
ZEKE
Stuffy, rich, entitled.
The kind of girl that gets what she wants.
When she wants it.
And I want nothing to do with her.
Yet, I can't stay away.
I'm drawn to her kindness and compassion.
Her beauty.
She holds me when the pain won't subside.
And now, if I can help it, I'm going to hold on to her…
Forever. 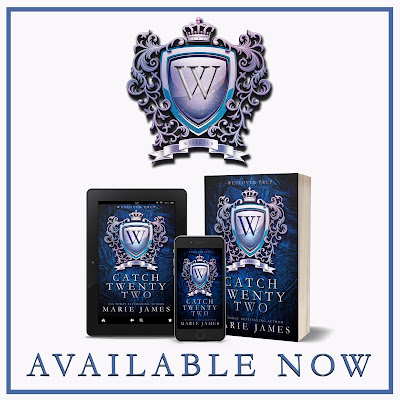 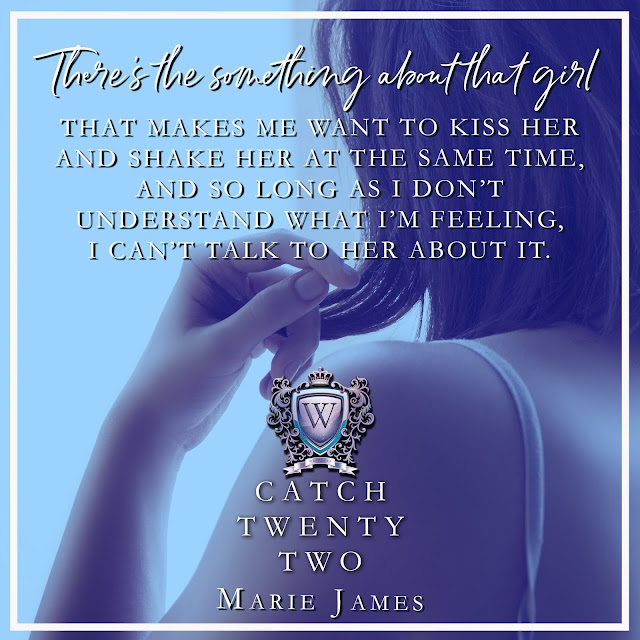 The Bully Romance Trope isn't something I tend to read often but I have to say the last two books I have read by Marie James has given me bullies I hate to love, especially in CATCH TWENTY-TWO. Zeke is a guy so filled with anger the only way he knows to release it is to take it out on the person that he thinks deserves it, whether she really does or not. Frankie is like a Bully magnet she is constantly picked on in school so when she get to go to her Nan's for the summer she thinks she is taking a three month break from it only to be thrown into her own personal hell all over again.

We all remember how tough high school was I don't care if you were the most popular or the least, everyone has their own horrible high school stories to share. Frankie has had a rough go of things and her summer break isn't a break from being bullied like she had hoped. Zeke is having a tough go at things right now and between his parents and Frankie's grandmother trying to push the two of them together he decides she is the perfect person to unleash his hatred on. The only problem with that is that the more he gets to know her the more he likes her.

This story was one of heartbreak as well as heartwarming. I held out hope that poor Frankie wouldn't break into a zillion pieces and would never be able to be pieced back together again, because believe me some of the shit that was pulled was pretty mean. But Zeke stole my heart from the very beginning, he was in so much pain his life was in a tailspin and didn't know how to react it made my heart hurt for him.

This story takes place between Frankie's junior and senior years at Westover Prep and the time frame overlaps in part with the first book in the series ONE-EIGHTY, but can be read as a standalone. I highly recommend both books in this series. 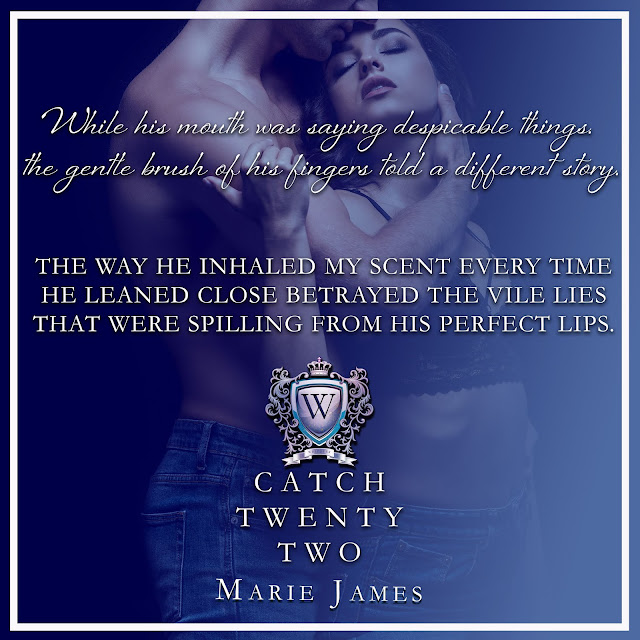 The author is giving away a signed set of One-Eighty and Catch Twenty-Two and a $25 Amazon GC on her Facebook page. Stop by to enter ---> http://bit.ly/MarieJamesFacebook 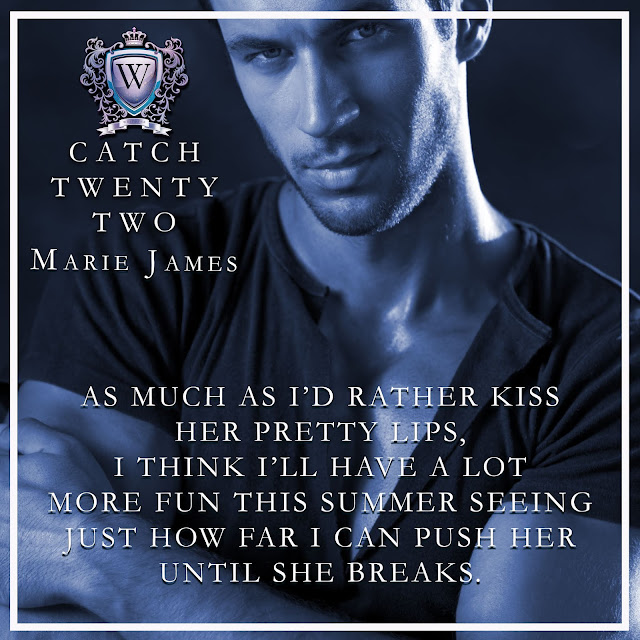