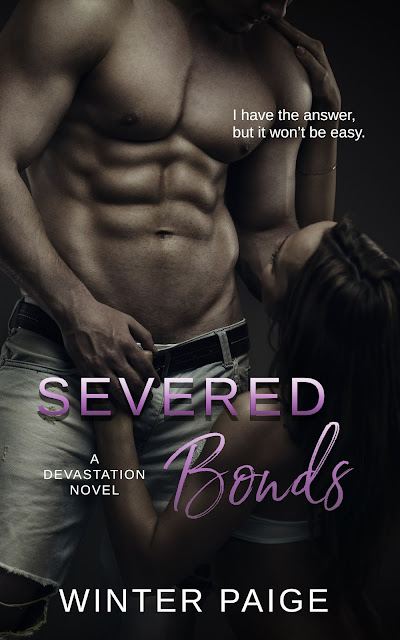 Blurb:
Can He Be The Hero They Need?

Lilabelle has given her heart to Kendrick, a man who shares her haunted past. She knows they belong together even if it makes them targets to the monsters they’ve escaped.

Jaxx Andrews walks away from his life, determined never to allow somebody to hurt him again. Instead he is going to do the one thing he knows best, sacrificing himself for others. When he discovers the terror that surrounds Lilabelle and Kendrick, he is sure he has found a worthy cause, but is it something more?

Please note. Severed Bonds is a spin-off of the Devastation Duet and contains the same triggers. In order to fully understand and enjoy Severed Bonds you must first read Shattered Lies and Broken Trust (DD). 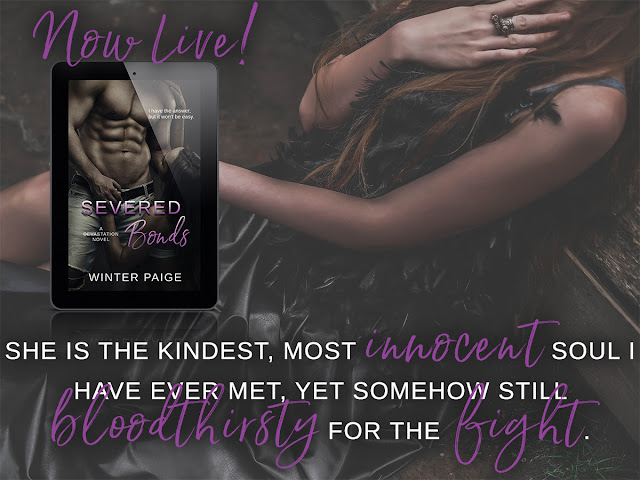 I was hooked on this series when I read the first book Shattered Lies, at that point I thought it was only going to be a duet but by the end of Broken Trust it was a given that we needed more! The story line flows through so I would highly suggest reading the books in the order they have been released although this book is based on a different couple, triad, than the first two books this story evolves from those books.

Jaxx is looking for Lilabelle and Kendrick in order to bring them back home to her father, Abel, so that they can protect them from the men that are after them. If you know me and have been following my reviews you know that anything to do with abuse of children especially sexual abuse is a hard limit for me and this story is about two people that have dealt with many years of sexual abuse as children. I will admit when I began to read this book I had a hard time because of it, but in no way was the subject matter glorified or made light of, in fact the author gave Lilabelle and Kendrick everything they needed to be stronger for themselves as well as for one another, she also gave them a perfect person to love the both of them, Jaxx.

I really liked Jaxx in the first two books but I will say that he definitely stole my heart in this book. He was so caring and did everything he could to make things right again for his two loves. Jaxx wasn't into guys only girls, he never considered he'd be attracted to or care for Kendrick but he did and it was great watching him open up and navigate this new experience.

This book is filled with triggers so be warned, and remember you really need to read the first two books in the series before you read this one. 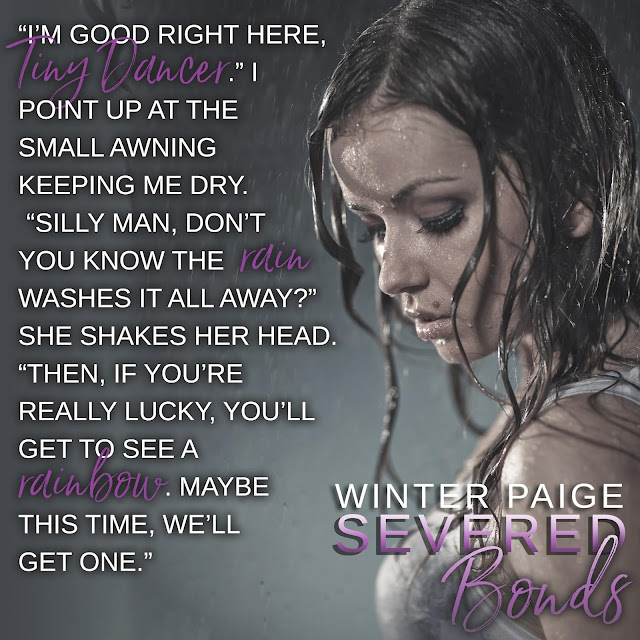 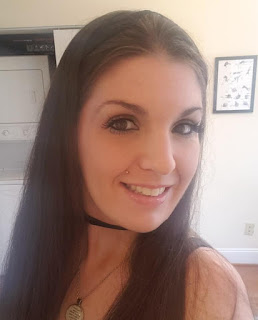 Winter Paige is a budding author in the genre of dark romance.
Shattered Lies is her debut novel. Born in the Capital city of WV she enjoys reading, traveling, and producing audio books. She is obsessed with signed paperbacks. Winter lives with her husband, four children and a cat she despises … and is tormented daily by chickens. 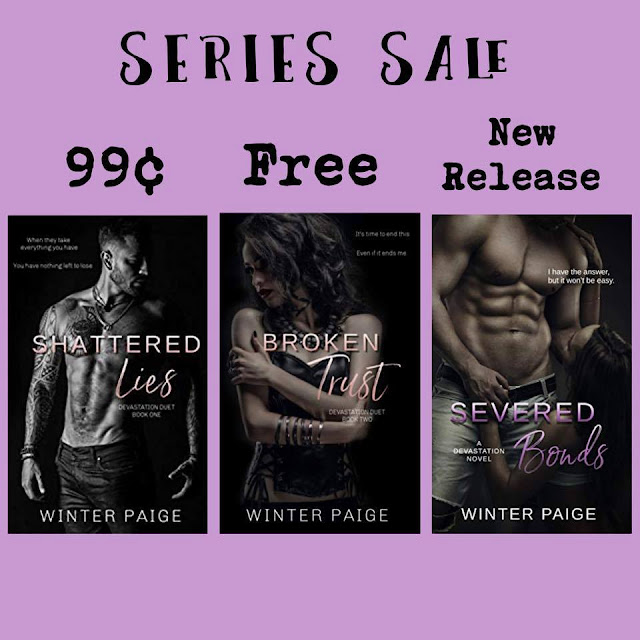 “Come on, Jaxxson. Don’t pretend you haven’t noticed how quickly she flips,” he scoffs, roughly wiping away his tears. “One second, she is my sweet Dame. Wide-eyed with awe over the newness of our freedom and completely in love with the world around us. The next second, she is pulling that fucking blade from her boot and willing to take down anything in her path just to keep me safe. That Lil would watch the entire world burn with a smile as long as I was next to her, holding her hand. Then, there is- Jaxx I-” He buries his face in his hands, releasing another pained cry.

“There’s what, Kendrick?” I swallow hard, bracing myself for the next emotional blow.

“The Lilabelle they broke, Jaxx. The little girl who cried for her Papa while I held her. The one I tried so fucking hard to protect and failed to, over and over. That is the Lilabelle I hear screaming in my dreams. I reach out for her tiny hand, and she slips from my grip every fucking night.” Kendrick looks up at me, pain clear in his eyes. “She still cries out for him, and I hate him for it.”