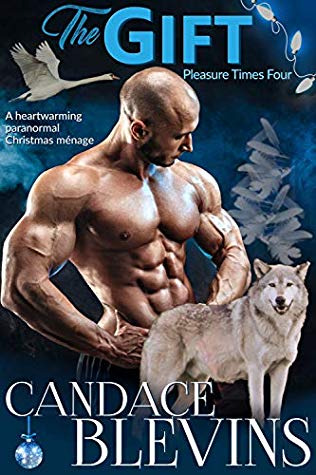 
Kieran and Gwen are powerful Strigorii vampires who’ve been married over three and a half centuries. Their Master Vampire, Abbott, realizes the couple is on the eve of dissolving their marriage, but no one wants to see their long-time romantic partnership break up. Abbott hopes the gift of a shared blood servant who happens to be a trained bodyguard can solve several problems in one solution. With the coming war so close, he needs to take steps to protect the couple who manage his vast fortune. If the former slave can also help them find common ground and rekindle their romance? Even better.

Ajax was abducted from foster care as a small child and raised as a slave. Chosen for his size, he was forced into hard physical labor to create a huge, intimidating physique. His original Vampire Master had the slave trained to be his personal bodyguard, and Ajax excels at it. When Abbott took over the territory, he tried letting Ajax work for Drake Security, but the werewolf was miserable.

How can a swan possibly fit into this? Arabella’s mother sold her eggs to the traffickers, and the swanling was hatched into slavery. When the Swan Queen took over the crown, she tried to award Arabella her freedom, but it never took. Surprisingly, it’s possible the little swan might be the glue that holds everything together.

Our story starts on one Christmas and ends on the next. A lot can happen in a year. 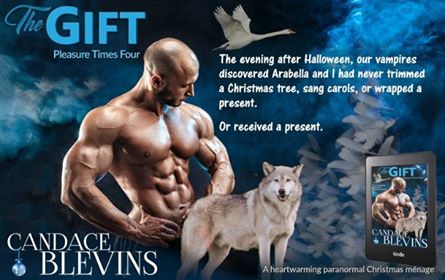 I LOVE AJAX! He has come a long way since his days as a slave and only being called "Guard" his story really did pull at my heartstrings as well as Arabella's backstory and I need to give a big THANK YOU to the author for not going into vivid detail on certain aspects of their past because I don't think I would have been able to get through it. Children being used as sex slaves is my HARD LIMIT in books I will not read a book that glorifies it and just thinking about it has my skin crawling. While both Ajax and Arabella were used for sex as children we did not witness it in this book, it was mentioned and my heart broke, I had to put the book down a few times and walk away for a bit but we were just give a some basic facts on what they went through in order to understand their life and how they are trying to adjust to their freedom and how each of their experiences have made them into the people they are today. Ajax is an Alpha werewolf that was beaten down in to submission now that he is free he is having a hard time dealing with the two different sides of himself, the same for Arabella but in a different way. She was raised as a slave/servant and doesn't know anything else but now she wants to feel needed and useful as well as loved....honestly doesn't everyone want to feel that way? Like I said my heart broke for the two of them and I am so glad they found each other.

The Hotness factor is through the roof with Ajax, Kieran, Gwen, and Arabella. The four of them really know how to play together, whether it's just two, three, or all four of them they really get things scorching hot. Master Abbott really knows how to give Christmas gifts and I would love to be on his Christmas list. *wink* *wink*

The Gift: Pleasure Times Four is a great holiday story for readers that have been enjoying the Chattanooga Supernaturals Series but if you haven't read the latest in the Only Human Series be warned that this book will contain some major spoilers. I will admit that I haven't read the most current book and I kid you not when I say that my eyes bugged out of my head with a big surprise that I was not prepared for. This book can be read on it's own but just know that it ties into multiple series and will contain spoilers if you plan on going back and reading them. 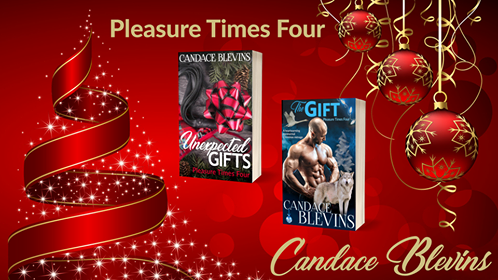 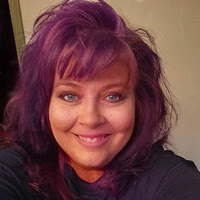 You can visit Candace on the web at candaceblevins.com and feel free to friend her on Facebook at facebook.com/candacesblevins and Goodreads goodreads.com/CandaceBlevins.

You can also join facebook.com/groups/CandacesKinksters to get sneak peeks into what she’s writing now, images that inspire her, and the occasional juicy blurb. 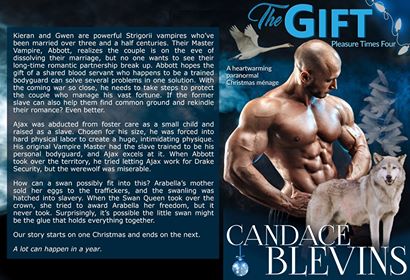