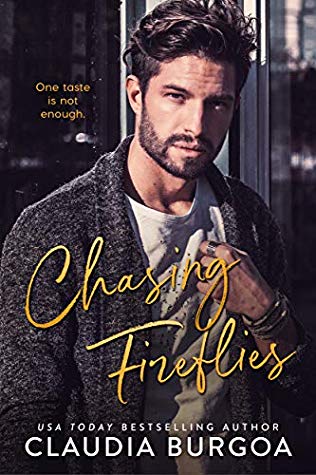 The first time I met Oliver Tanner he was five years old.
I was four.
That day he was entrusted to my keep.
He was as large and loud as a church mouse.
That day I taught him how fireflies were magic with the persistence of a person.
That’s what I loved about them.
No matter how far they strayed,
they remembered where they came from and who their family was.
After high school, he joined the army and left Knox Ridge.
Years later, the town had changed.
My dreams were shattered.
We had nothing left.
I had forgotten all about the magic of the fireflies.
Until he came back to town.
Everything about him was comforting.
He brought some light to my darkness,
But I knew the light could only last for so long.
Fireflies only stay for the summer.
He had outgrown our small town.
It was time for me to stop chasing fireflies.
Don't miss out on this stunning, second-chance friends to lovers romance.
This full-length novel was originally published in the Cards of Love collection as a novella. It has been revised with additional scenes. 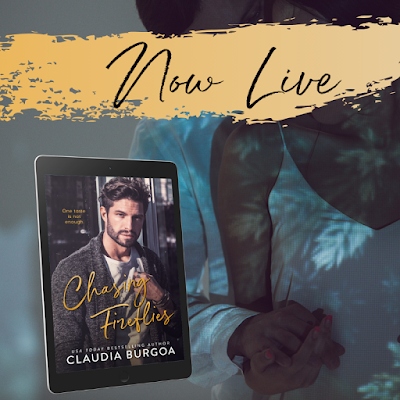 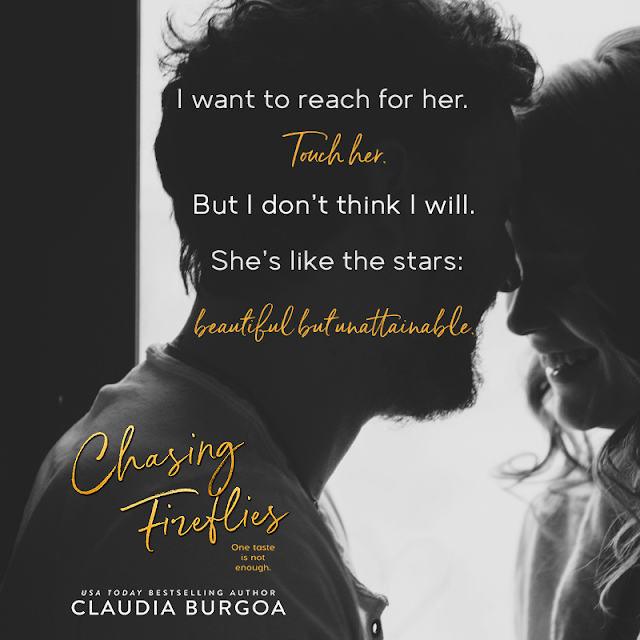 If you have been following my reviews you will know I am a fan of Claudia Burgoa's, her writing has a way of pulling several different emotions out of me whether it's tears or laughter or just a grunt of frustration, she definitely knows how to invoke a response, and this story had me all over the place.

The beginning of this story shows us how close Oliver and Kaitlynn were when they were kids. Oliver and his mother moved into the house next door when he was five and Kaitlynn was four, it was the cutest thing seeing them out in the backyard catching fireflies and then watching them grow closer over the years. Then when Oliver went into the military the story was told through a series of letters back and forth between the two of them and it let you into their world with the little snip-its of their lives at that time, Oliver's while he was in Iraq and Kaitlynn's while she was in college and then perusing her dreams afterwards...until they just stopped. The chemistry was spot on and honestly with heat like that I didn't understand why Oliver was with Kelsey at all...she was her own brand of crazy that he didn't deserve, he and Kaitlynn should have always been together.

I loved Oliver, he has returned home after serving his country for twelve years and is at a loss as to what to do next with his life so he is going to take time and fix up his mothers house while he figures things out. One thing he didn't figure into his equation was running into his best friend Kaitlynn whom he hasn't heard from in a few years.

This story is one of friendship, love, and survival, it is beautifully written and grabs you from the very beginning. Watching two young friends grow up and develop feelings for one another that finally comes to fruition is just wonderful, and the chemistry is so strong you can feel it before they do! This is an easy book to recommend to readers of romance. 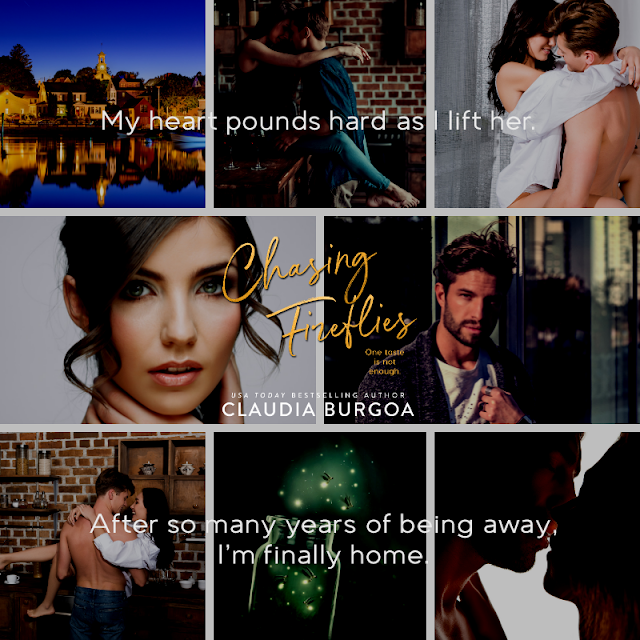 In the beginning, there were fireflies, crisp floating dots wading through the summer breeze.
There were children in the streets and popsicles being passed out by a local grandmother. There were skinned knees, too much sunscreen, and the wafting scent of freshly cut grass. There were long days and even longer nights.
Summers in Knox Ridge were just as much about mosquito nets and cicada songs as they were about lemonade and sunshine.
Knox Ridge wasn’t the biggest town in Georgia, but there were too many of us to learn each other's names by heart. Most people grew up on the same street their parents did all those years ago.
They grew from a twinkle in their parents’ eyes into people who would one day take their places in the layout of our town. Their legacies casted shadows on every succeeding generation—what they’d do, where they lived, and who they loved. The town had a blueprint most didn’t question, but also didn’t consider too much.
“Being a part of Knox Ridge was a privilege,” my Nana used to say.
It was a privilege to live around people who truly care for you and an honor to have a place like Knox Ridge to come home to.
“Every town on Earth says they’re the best,” Nana always said. “But how many towns can say ‘if you’re with us, we’ll accept every part of you?’”
Only Knox Ridge.
She swore that no one truly left Knox Ridge once they’d gotten a taste of living here, but some took breaks. She was right, some people drifted in and out of our sleepy town, but they always came back home. Even if they hadn’t realized they’d left.
I met Oliver Tanner one blistering afternoon in July.
He was five years old, moving back into the childhood home of his recently deceased father. I was four, sitting next door on my front porch with my best friend, Paige, munching on watermelon as we did nearly every afternoon.
Paige’s father had been my father’s best friend since childhood. Like I said, there was a blueprint to this town. Even Oliver with his ripped cargo shorts and dinosaur toys clenched tightly to his little chest. I had never seen anyone in that house. Not until they arrived.
“I never thought I’d live to see another Tanner live in that house,” my grandmother said.
I wouldn’t learn until years later the tumultuous history of the Tanner family in town. Once one of the most respected families of Knox Ridge, Oliver’s grandfather had left them disgraced and destitute three decades earlier when he ran off to California with a woman he barely knew. The Tanners had been on a downward spiral ever since.
“Well come on, sweeties,” my grandmother nudged Paige and myself. “Let’s go say hello. See if they need anything. That girl doesn’t look a day over twenty.”
Nana had been more or less right. Josey Tanner was twenty-five, freshly widowed, and out of money from living out west. Her only option was moving to this house she’d inherited from her husband’s passing and spread out his meager life insurance for as long as she could.
Nana introduced us to Oliver and his mother. Josey likewise introduced him to us.
“You got movers to help you with that truck?” Nana asked.
“No,” Josey said.
“Are you renting it by the hour or the day?”
“Day,” she answered. “I’ve got it rented for the whole week.”
Nana nodded before waving them both over. “No use doing anything now, then. Come over for some lemonade. My sons get off work at about five. They’ll wrangle up some friends to do it for you.”
That day was one of my first memories of Nana being Nana, pulling people together for the common good as she always did.
“Now you two be nice to the Tanner boy,” Nana told Paige and me. “He looks like he could use a bit of TLC.”
That day was also the day Ollie was entrusted to my keep. He was a year older than me, but back in those days, he was as large and loud as a church mouse. His sandy blonde hair stuck up in ways that defied gravity and he mostly muttered as we asked him about his dinosaurs.
We dragged him out back where all the magic happened, spending hours in the sun as the clouds and world passed us by. Our parents filtered in and out to keep an eye on us.
When the sun started to go down, and the fireflies started to peek out from their slumber, it was like his whole face lit up. I think that was the first time I knew I never wanted to stop looking at that smile. 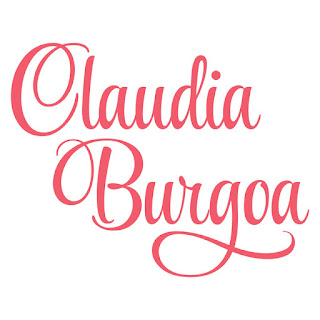 Claudia is an award-winning, USA Today bestselling author. She lives in Colorado, working for a small IT. She has three children and manages a chaotic household of two confused dogs, and a wonderful husband who shares her love of all things geek. To survive she works continually to find purpose for the voices flitting through her head, plus she consumes high quantities of chocolate to keep the last threads of sanity intact. 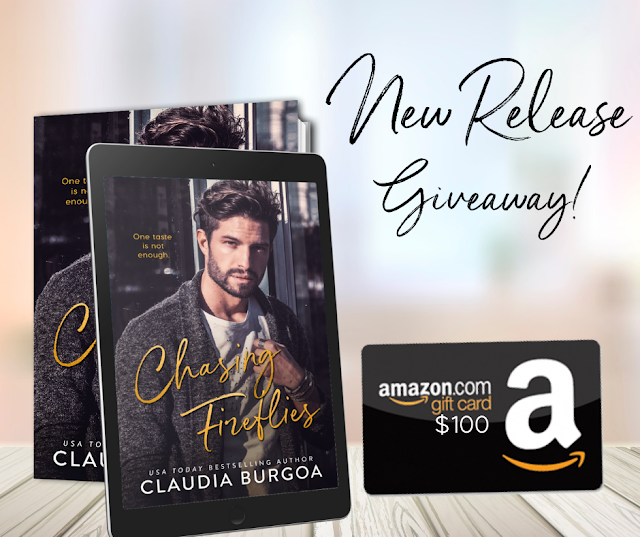 a Rafflecopter giveaway
at September 09, 2019