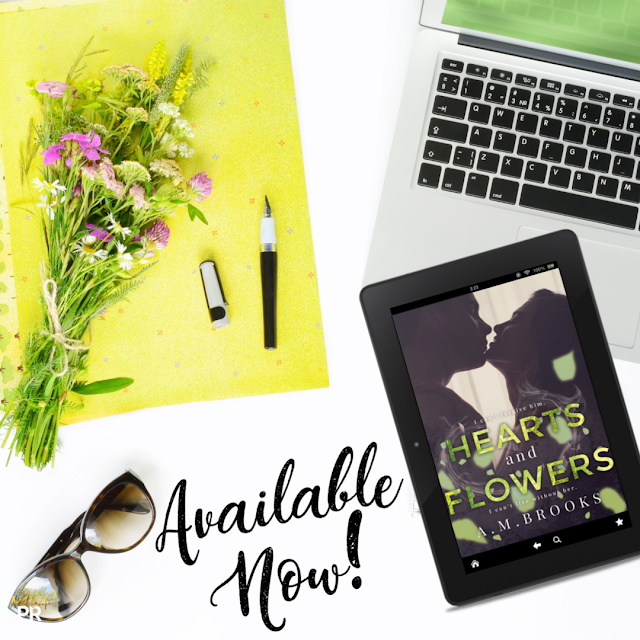 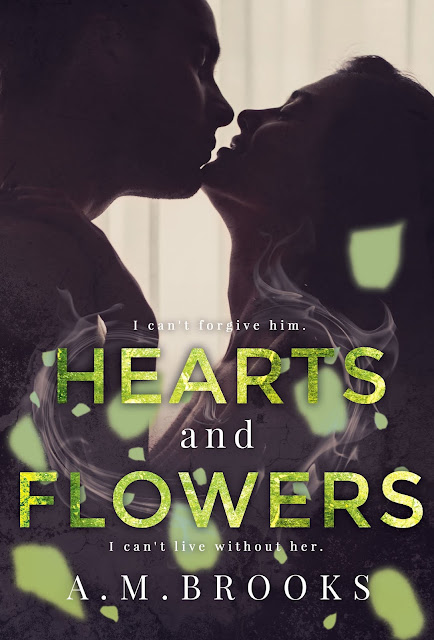 Nora
He broke me.
He gave me everything I never knew I wanted then in one moment destroyed all my happiness.
Now I’m back in Araminta to finish senior year before I move on and leave this town full of fake and corrupted people behind.
I don’t expect him to chase me. To change the game. He wants my heart but it’s destroyed. Even as we fight back against his enemies who want to ruin his name, he puts me above all else.
He wants to protect me. Fix me. Claim me. Too bad I’m not the same girl I was. I can’t forgive him....
Darrian
I’m sober.
So fuckin sober.
I’m broken and bruised but the only pain I feel is watching her and knowing I can’t have her. Danger lurks around us. My enemies are growing in numbers. I need to keep her safe and untouched by the chaos I created. I will destroy the walls around her heart and prove to both of us that I am the man she wanted me to be. She wants to breeze in and fade out...not this time. She’s back and she will be mine. I can’t live without her. 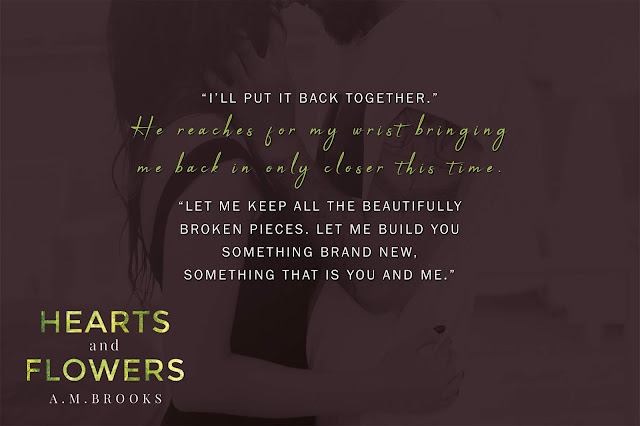 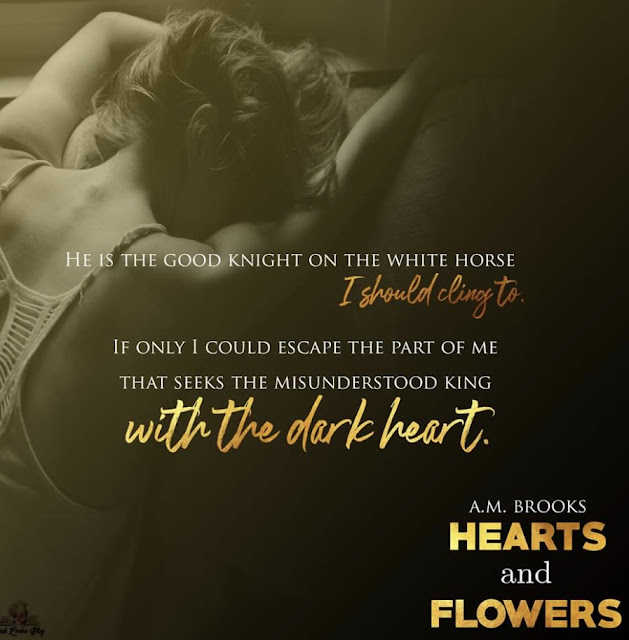 Read the First Chapter of Hearts and Flowers HERE !

“What’s up, man,” Roman yells, ignoring the phone while I’m waiting for him. I don’t answer. It’s a small test of my patience waiting for him to grab the receiver. I can feel the twinge in my jaw as my teeth clench. He shakes his head before bringing the phone to his ear. I smirk, feeling satisfaction at the awkward way it cradles against his face because of the chains.

“Heard you got banged up a couple months ago, D.” He grins. “You still look pretty though.”

“Shut the fuck up.” I lean forward wishing again I could feel his blood against my knuckles. Rage courses through my veins and I breathe a few times to find control again.

“Stay away from her, Rom. I’ll give you and your crew one warning. Next time you talk about her like that or any of you even so much as look at her wrong, I’ll make sure you never see the outside of these walls again.”

“She’s just another bitch, D. She left you, didn’t she? Found a nice little place with her aunt in Seattle.” He cocks his head to the side. “You want to fuck up our arrangement for some side action?”

“We have no arrangement. You’re a drug dealer. It’s not my problem you were so wasted you continuously hooked up with my sloppy seconds. Not my problem your crew isn’t loyal, and you’re stuck behind that glass.” I shrug my shoulders. His eyes blaze when I point at the glass. One thing I’ve learned about Roman over the years is that he is claustrophobic. Must suck to suck. “Stay away from Nora.” I hang up the receiver, not caring what else he has to say. It already bothers me how much he knows about her situation, which only confirmed someone is watching her like we feared.  I look up again as he taps the receiver on the glass, motioning for me to pick up. Standing, I grab the phone before bringing it back to my ear.

“Wait just a second now.” He leans as far back in his chair as he can. He looks too comfortable. “I think you’re forgetting that we don’t work for you. I don’t work for you or your father. That bitch…messed with something larger than you, the crew, me or your saint of a father.”

“You’ll never get out,” I threaten again. My voice is surprisingly calm. I can feel the tension vibrating through my body. He smiles smugly, getting up from his chair. At his full height, Roman is just a hair shorter than me. His face tightens, he fixes me with his gaze, his soulless dark irises flicker.

“It ain’t me you got to worry about, King,” he says before dropping the receiver in place and hitting the button next to his door. Frustrated, I hit mine as well, bracing my arm against the side while I wait to be let out.

Vote for Hearts and Flowers HERE ! 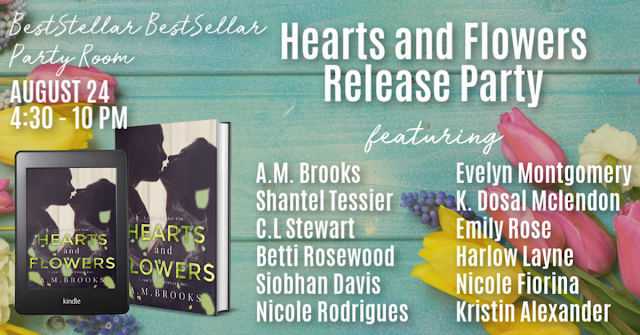 Join A.M. Brooks and guests at her Release Party! 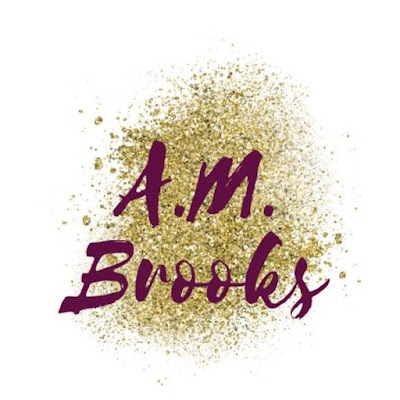 AM Brooks is an author with a variety of stories; Contemporary Romance, New Adult, and mature YA  Her writing style is suspenseful and sometimes leads to heart-wrenching conclusions. With a background in forensic psychology she really goes for those investigative, dark and twisty feels. And of course, lots of love!

Brooks enjoys reading as much as writing. Television shows such as Criminal Minds, Scandal, and One Tree Hill are her go-to binge worthy series. She loves spending time with her friends and family with a good glass of beer or wine. If she isn’t reading or writing, Brooks is Pinteresting future home projects for her wonderful husband to accomplish.