Getting Hot with the Scot 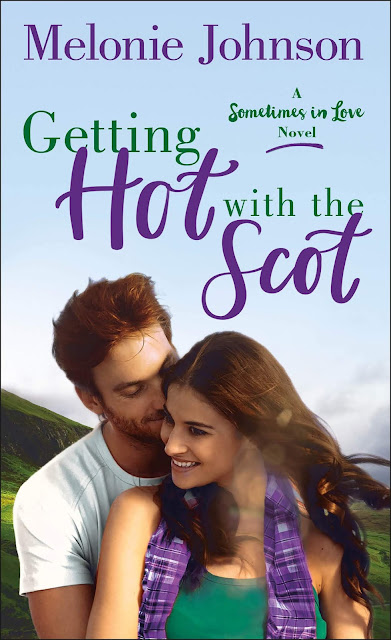 The first in a new series, a journalist focused on her career and a sexy Scottish comedian turn a one night stand into forever.

Cassie Crow leaves for vacation with two goals: fill up her empty charm bracelet and have a one night stand. For once, she wants to have fun instead of obsessively checking her work email. And kissing a man in a castle who’s dressed as a Scottish Highlander is the perfect solution.

Except when that man turns out to be Logan Reid, the host of a popular sketch show—and Cassie has just been roped into his latest prank. She wants nothing to do with his antics, but that was a really great kiss, and one night together couldn’t hurt.

It’s clear that one night isn’t enough and when Logan’s show brings him closer to Cassie, they decide to give dating a try. Can the woman who’s focused solely on her career and the man who refuses to take life seriously make it work?

Cassie Crow and four of her friends are off to Europe for a trip of a lifetime, each of them have chosen a destination they would love to visit after graduating from college and now, five years later their dream has become a reality.

Logan is a jokester, he makes his living by pranking people and uploading it onto YouTube but now he has a chance to further his career with a television show in America, and an unknowing Cassie walks right into his trap.

I haven't laughed this hard in a LOOOOONNNNGGG time! There were parts that I was afraid I would choke on the drink I was drinking or worse spit it out all over the person seated next to me. The laughs were just one part that made this book a great read, the chemistry between Logan and Cassie was the other. These two couldn't keep their hands off one another, and honestly with a man in a kilt who could blame Cassie.

This was a fun, sweet, and sexy read that had me wanting to get to know each of the secondary characters more. I am sooooo looking forward to reading the rest of the series. Great start to Melonie Johnson's debut into Contemporary Romance! 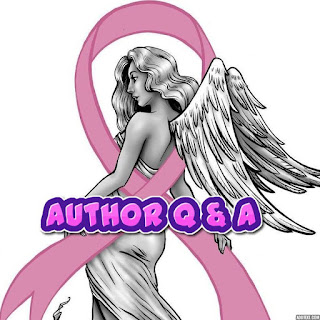 Nadine Bookaholic: Do you listen to music while writing? Does it influence the flow of the scene you are writing?
Melonie Johnson: I do like to listen to music while writing. Depending on my mood and the type of scene I’m working on, sometimes I prefer instrumental music. When that’s the case, my go to is VSQ (Vitamin String Quartet). They do AMAZING renditions of everything from classic music to soundtracks to modern pop tunes. I also create a playlist for each book. Because the SOMETIMES IN LOVE series releases back-to back-to back, inevitably I found myself working on some element of all three books simultaneously. Having the different playlists helped ground me within the story. It put me in the right headspace for those characters.

Nadine Bookaholic: What did you enjoy most about writing this book?
Melonie Johnson: Because GETTING HOT WITH THE SCOT is my debut, I worked on this book for a long time prior to selling, which meant writing without specific deadlines or expectations. I had plenty of time to explore and play. I enjoyed several aspects of writing this book (writing about a hot Scot is not a hardship, you ken?), but I think the most fun I had were the scenes between the five friends. Getting those conversations and interactions down on paper was like being a part of the party. Like having a GNO in my head.

Nadine Bookaholic: Why should we read ..... and what sets it apart from the rest? What makes your book unique?
Melonie Johnson: I think anyone looking for a fun escape should read GETTING HOT WITH THE SCOT. It is a bit of wish fulfillment full of armchair tourism and delicious banter. I think what makes this book unique is the playful twist on common tropes. In some ways, this story is a love letter to romance novels, with lots of affectionate nods and a few snarky winks too.

Nadine Bookaholic: If you could / wished to turn ...... into a movie, who would be your dream team?
Melonie Johnson: It would be such a wild, fun ride to see this story play out on the big or small screen! A romantic comedy, I can easily picture real life hot Scot Richard Madden playing Logan, and Zoey Deutch playing Cassie.

Nadine Bookaholic: To get to know you a little bit better... do you have a pet or something that is special to you that you could share with us?
Melonie Johnson: We have a shelter dog named Franny (short for Francesca, but we never call her that). A Catahoula Leopard dog mixed with who knows what, she is a big girl. More like a small horse, really. On the days when I’m home writing, it is often just Franny and me, and it’s nice to have the companionship (and she does an excellent job terrorizing anyone who dares knock on the door). I also get most of my “reading time” in listening to audiobooks while walking her. Currently I’m listening to AT THE STROKE OF MIDNIGHT by Tara Sivec and am about to start the audiobook for THE DUKE I TEMPTED by SCARLETT PECKHAM next.


I have the pleasure of sharing not one but TWO excerpts with you! The first one is of the audiobook and starts right at the beginning of the book, Excerpt two is for your reading pleasure this is where Cassie meets Logan for the first time and OH MY!!!! 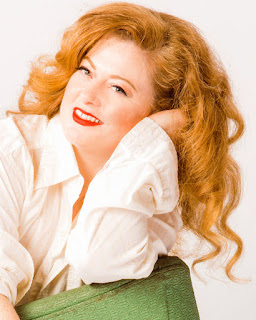