Flint has had a crush on Lexi since he was fourteen. Being two years older, Lexi never registered he existed. Twenty years later… Lexi’s personal life has come crashing down. When Lexi’s at her lowest, having a handsome man hitting on her sure feels good. It can’t hurt to flirt back, right? Maybe he’s the diversion she needs right now. While Flint might have the chance to make his high school dreams come true.

This is a stand-alone book, but much more fun if read along with the other Prince stories.

Lexi is married with two small children, and I mean really small children, when her husband up and leaves her. Things aren't looking good for her and this was really sad especially since it was more than what met the eye initially. I must admit that I don't particularly enjoy reading about a cheating spouse, especially one that has small children but when the author can dish out some poetic justice to said spouse I'm all for it....and boy did she!

Flint has had a crush on Lexi since he was fourteen, and she was sixteen, they didn't run in the same circles but Lexi was on the same soccer team as Flint's sister so this meant he saw her quite often and he definitely noticed her! I really enjoyed the stories he told her about his "Fantasies" once they were together.

At the beginning we travel through several years with Lexi and Flint running into one another, on one hand I enjoyed it because we got a sneak peak into Flint's feelings for her during that time but on the other it felt a bit choppy to me. I guess I wish the author would have spent a little more time during each time period showing us what each of them though instead of only Flint's POV.

This was a nice slow burn that really did heat up quite nicely. If you are looking for a childhood crush come to fruition this is the perfect story for you. I have enjoyed each of the books in the Silicon Valley Prince Series and I look forward to reading more of them, especially Logan's story...that Peter Pan syndrome can't last forever...can it? Happy Reading!!! 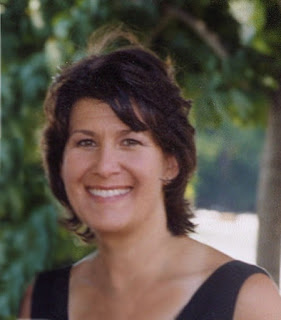 Why write?
In 2012, I had a cardiac arrest, spent four days in a coma, and lost ten days of my memory. With my damaged heart, I spent the rest of the year laying on my couch trying to get oxygen to my muscles and reading ... a lot. I found I liked books that have a first person narrative, are relationship driven and have a happy ending. These three characteristics were in all romance novels.
What I didn't see in most of the books was intelligent women with a strong group of friends and a good relationship with their family. Since I have no desire to fix a broken man or date a bad boy I found the typical romance men to be unappealing.
I got my idea for my books from living and working in Silicon Valley. I decided I would write my series about the men and women I meet every day. Intelligent women who have a job and future and reliable men who have their act together.
In my first series "The Princesses", the drama is all from growing pains. All those misconceived notions you have and need to get over. My second series "The Princes", I've aged up my protagonists. They're now in their thirties. They no longer have growing pains, they've figured out who they are and are now dealing with life issues.