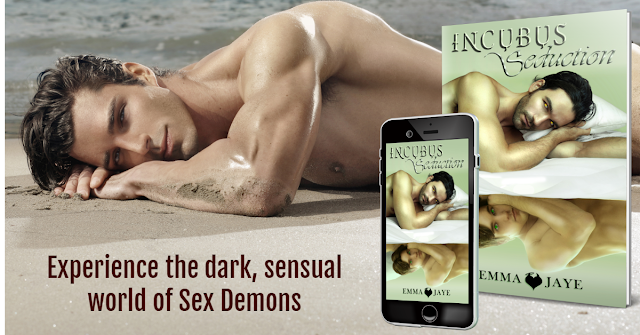 “All I can add is… be prepared to want to buy the second installment in this series the moment you have read the last page.” ~ Trish, Amazon Reviewer

“Read in public at your own peril, because this book is smoking hot.” ~ M.P., Amazon Reviewer 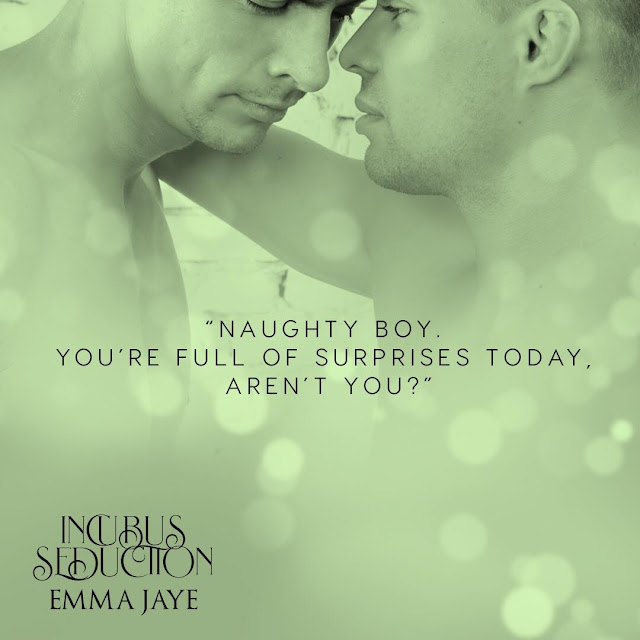 Lust is life for an incubus

Judging by the desire radiating from the red-faced mortal in his sex shop, there was yet another fast, forgettable meal coming his way.  When his intended snack turned him down, even after he’d massaged his prey’s inhibitions, the demon’s interest piqued.

No ordinary human could resist the lure of an incubus for long, and yet Finn was fighting as if his life depended on it. If what Ezra suspected was true, it did. Finn’s lust was not only life for the demon, it was a ticket to fame and fortune beyond his wildest dreams.

It was time to use his full demonic abilities to bring down his prey, to separate him from his mundane life and relationships, even if it was against supernatural law.

Being propositioned by a mouth-watering stranger was flattering, but a fling would ruin Finn’s carefully planned future. So why couldn’t Finn forget what those sinful, dark eyes promised?

A m/m paranormal novella told from the human’s POV.

1st part of the Incubus series.

“It’s not for me, it’s for a friend.” Finn groaned inwardly at the inane line.
Rather than falling over laughing, Ezra nodded sagely. “Oh, I believe you, one hundred percent. A perfectly straight, conservative bloke like you wouldn’t be considering buying a giant butt plug.”
Ezra tilted his head. His lop-sided smirk promised all sorts of sin. Finn was well and truly sunk. This was a full-on flirt assault and he didn’t have a bloody clue how to react.
“Just how well do you know this friend?”
It felt as if his face had been sandblasted. “That is none of your business. And anyway, I have a boyfriend.” Why the hell did I say that? What a complete dick.
Ezra indicated the big green object in Finn’s hand with a straight face. “Unless your friend is very experienced, that’s going to be quite a challenge.”
The way Ezra eyed Finn’s groin was both embarrassing and highly erotic. I really should leave and never come back.
Instead, Finn stood there, as if lacking more than a few marbles. He met Ezra’s eyes. Misdirection hadn’t worked, so his next line of defence was attack. He went for it with all the bluster he could manage.
“So, was running a sex shop your childhood ambition?”
Much to Finn’s annoyance, Ezra didn’t seem in the least fazed. He looked Finn up and down with a slow, sexy smile that gave his victim a delicious shiver.
“Isn’t it everyone’s?”


Grab the rest of the series!