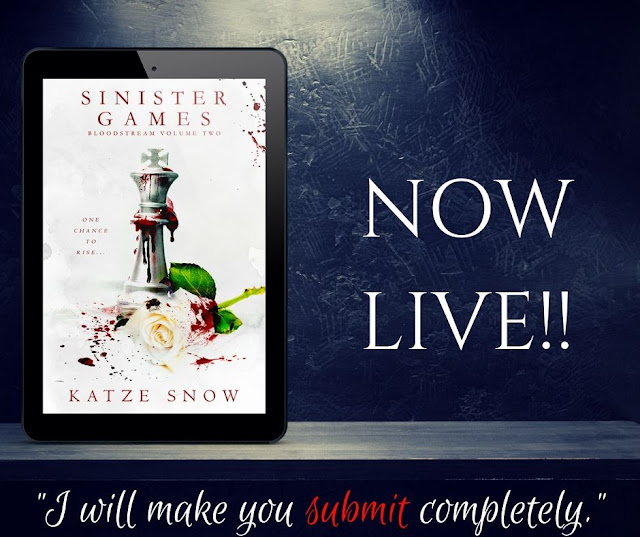 “It has to be the best vampire story I have read ever,” ~Toni, Goodreads Reviewer

“This author brings it all to the table; intricately woven characters and wicked desires, vampires, darkness, hunger, and pure lust.” ~Sheryl, Goodreads Reviewer

When Vincent sold himself to a vampire, he did not expect to become the slave of Maddox Caine. Now struggling to accept the feelings of passion he’s grown toward his master, he’s agreed to follow Maddox into a war he never knew existed. This is what he's been waiting for: to fight, to avenge, and to win. But what happens when another vampire threatens to put Vincent's heart, not just his loyalties, to the test?

Emory Hudson was never meant to live past childhood. His uncle managed to save his life at every turn, but now Emory finds himself alone, on the desert, with an enemy claiming to be his ally. They both seek the one thing that can be fatal to a First Born vampire. Paired with this unexpected accomplice, Emory scours the Wastelands in search of the poisonous flower. No matter what the sacrifice, he will kill the Governor of Sanctuary Hope and save his uncle. It's the least he can do.

In this depraved and desolate world, can Vincent learn to see that there is more to vampires than an insatiable desire for blood? Will Emory free his uncle before the war divides them forever? 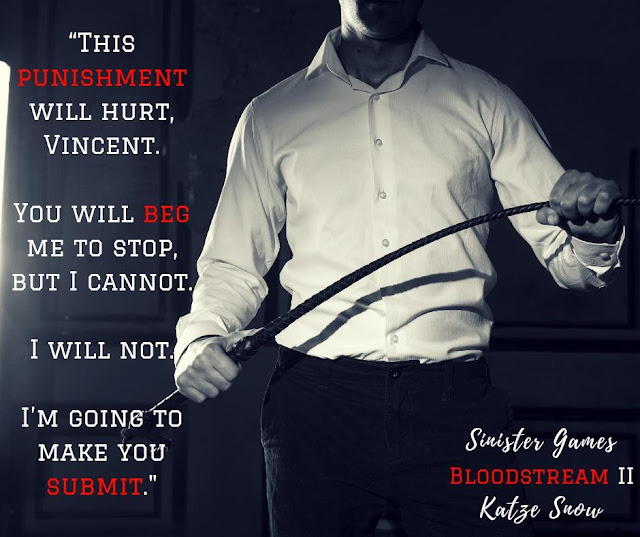 “You will sit on that bed and utter not a word,” Maddox declared abruptly. “Protest, and I will increase your punishment.”
As Vincent wordlessly sat on the edge of the bed—so wise of him—Maddox opened one of his many black wardrobes. Playroom equipment, fetters, gags, hoods, harnesses, and floggers hung side by side. They were all where Maddox preferred them to be, an inch apart. He skimmed through the whips and paused at his favorite one of all—the cat-o’-nine-tails.
Maddox briefly caressed the tails and snaked them through his gloved fingers. No, he must select a different one. His cats were intended to inflict severe pain, and Vincent must be ready to train the next day. He would opt for another instrument.
Indeed, Maddox had grown amused by Vincent’s reactions—how he fought him after every sliver of intimacy they both shared.
But seething at the surface of his being, his anger threatened to explode. He caressed the whip again. Humans were such trivial creatures. After everything he had done for Vincent, he still called for his dead wife. Hadn’t Maddox proved himself to be an honorable leader? Strict but fair, ruthless and perhaps not entirely ethical? Hadn't he shown Vincent that he was a vampire at the very least worth his respect?
What must I do for him call out my name? 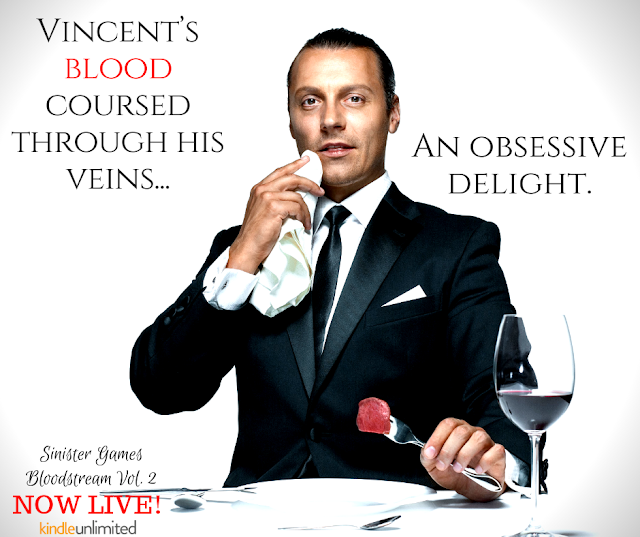 Catch up with the series with Amazon Best Selling Sinister Hunger!
AMAZON US   ***   AMAZON UK 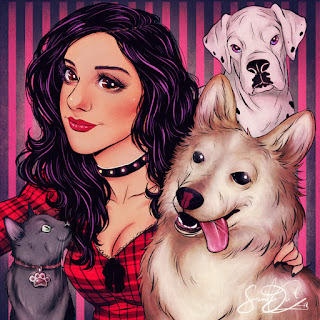 After leaving school and renting a crummy flat at sixteen, bestselling author Katze Snow lives in Scotland with her wolf-dog and furbabies. Don't be fooled by how cute she looks out on the outside. Katze's writing is dark, twisted, and takes depravity to a whole new level.