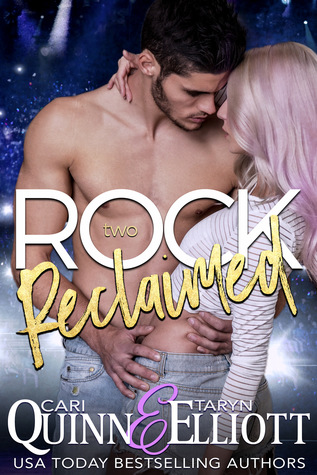 by Cari Quinn and Taryn Elliott

The one no one ever knew about.

The one your mum wouldn’t want you to bring home.

I have the Kagan face and the Kagan voice and let’s be real—the legendary Kagan d!ck.

And now I was a rockstar too, on my way up. Soaring so high no one could rip me back down to earth.

Finally, I had it all…and then there was Zoe. Sweet, trusting Zoe, who was so much stronger than she looked.

The only woman who could bring me to my knees.

I would do anything to protect her. To keep her mine. And to protect my new family, the one I was sure I never wanted.

They didn’t understand how far I’d go to get the pot of gold. And then it was too late. There was no turning back.

No keeping them safe.

I’d made promises to the devil, and the devil always got his due.

One way or another.

AUTHOR’S NOTE: Fall in love with Ian Kagan, our new rockstar anti-hero in the continuation of our super hot, romantic suspense trilogy, Rock Revenge. The trilogy occurs in the Oblivion world though it can be read on its own. Rock Reclaimed 2 is a full-length novel with a cliffhanger. The story concludes with a HEA in Rock Redemption 3.

Rock Reclaimed 2 is book 2 in the Rock Revenge rockstar romantic suspense trilogy. Our other rockstar series are also set in the Oblivion world.

I have loved the original bad boys of rock in Lost In Oblivion, but really, for me, Ian is truly a bad boy of rock and roll, but there is so much more to him and I am personally loving every minute of watching his layers come off. While he is a lot like his brother, Simon, they are very different as well. But one thing is certain when these two men find the woman that holds their heart they will do whatever it takes to protect them.

Zoe Manning is an up and coming artist and the cousin of Lila who is married to Nick, Simon's LIO band mate. When Lila finds herself without a photographer for a shoot she hires her cousin for a one off job, this is where Zoe meets Ian and let me tell you sparks start flying right away. You can tell these two are going to be great together and the chemistry was amazing. What I liked most was the banter, I find it highly amusing when there is playfulness between the two main love interests, for me it keeps things interesting since you never know when the relationship will change.

Rock Reclaimed is the second book in the Rock Revenge trilogy and this series must be read in order. While several of the Lost In Oblivion band members make appearances in this trilogy you do not have to read that series first, but since I enjoyed it so much I will recommend you do read it at some point. If you enjoy Rockstar Romances I highly recommend not only this series but Cari Quinn & Taryn Elliott's other Rockstar Romance Series as well.  Happy Reading!!! 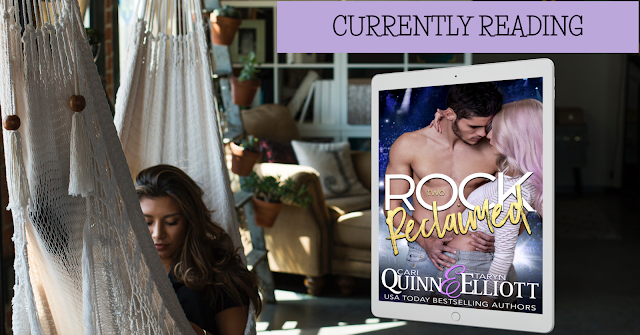