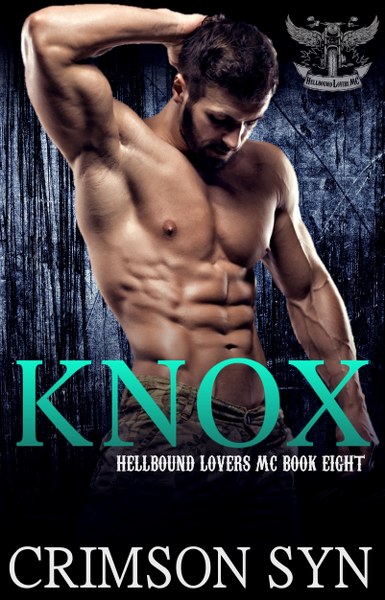 I’ve loved Jade ever since I first laid eyes on her.
She’s always been mine.
And now a dangerous evil wants to take her away from me.
He wants to hurt her, cage her free spirit.
Over my dead body will he lay a finger on her.
No one takes what’s mine.
And no one hurts what I love without paying the price.
She’s my life, my love, my everything.
And I’ll be damned if I lose her.

I’ve been captivated by Knox ever since I met him.
He’s the only man who’s ever cared about me enough to protect me.
There’s no way I’d ever turn my back on him, or any of the Hellbound Lovers.
They’re not the traditional family, but they’re mine.
I’ll fight tooth and nail for them.
But I’ve been propositioned by an enemy
And now I face my fate.
Protecting Knox is the only things that matters.
No one will take him away from me.
And no one is going to keep me from the man I love. No one. 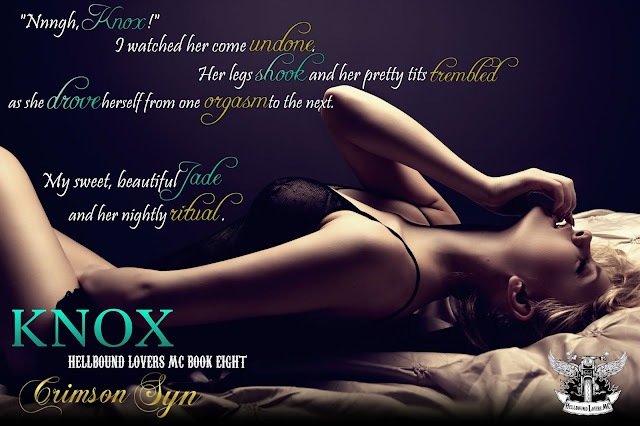 I have been waiting for Knox's story and while I am happy to finally have it I am also a bit sad as well because it means this series has come to an end. If you have been reading the Hellbound Lovers MC series you know there's been something brewing between Knox and Jade for a while and we are given not only there current story but their back story too!

This story is on the darker side of the series and I feel this way for a couple of reasons the biggest one being de la Cruz and some of the things he tries to do in this book. This nasty SOB finally gets what is coming to him in this final installment of the series, which I highly suggest you read in order because of the running story line of the drug cartel that is the secondary focus of each of the books.

While I did enjoy getting to know Knox and Jade better I was a little disappointed in Jade herself. I had thought she was a bit older than she was because of the position she held with the girls in the club but it wasn't just that, I felt that at times she acted to immature for a person with all that responsibility and if she was acting so immature who would take her seriously?

We were gifted with not only one epilogue but two that being said we still didn't get much closure with the series, so I am hoping we will see the guys pop up from time to time in the next two MC series Crimson Syn is planing on coming out with in the near future. 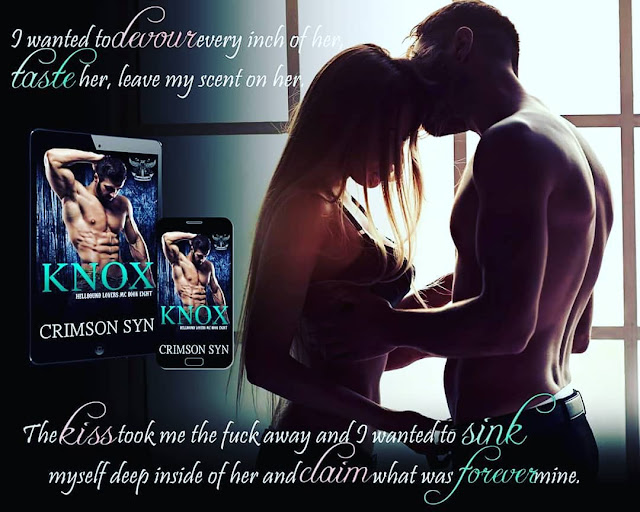 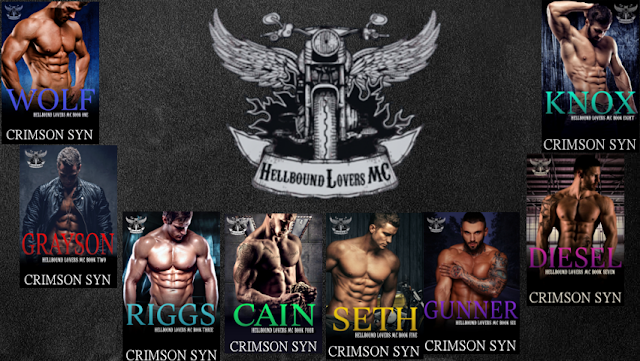 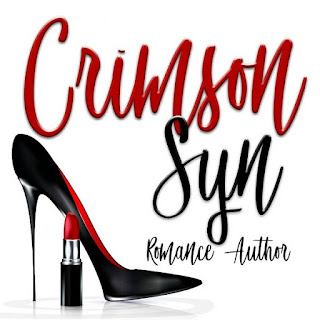 My name is Crimson Syn, not really, but what fun is it to use my real name. Instead I’ll use my inner goddess’ name, it’s much more fun that way. I grew up in New York City where I had a wonderful education, loving parents and awesome friends. What more could a girl ask for?
I started writing at the age of sixteen. The first romance I read was Stephanie Laurens’ Devil’s Bride. Since then I have been influenced by dozens of flourishing romance authors and even more dashing and daring rogues. I must say it, but Fifty Shades was not my first erotic romance, nor did it influence me to start writing them. If you’ve never read Mary Balogh, Elizabeth Hoyt, Lisa Kleypas, Bertrice Small or A.N. Roquelaure’s Sleeping Beauty trilogy, then you’re missing out. Those were my sweet introductions to erotic romance, and boy were they hot.
So here I am, after reading so many wonderful stories, I have too many sinful tales of my own not to share. I like my alphas rough and possessive, and I have no shame in saying it or writing it. I had delightfully wicked teachers growing up, their books took me to new worlds and brought me new loves. So, I want to do the same for you. I want to indulge my readers in those steamy reads that will send them into the arms of dangerous alphas and deliciously sexy rogues, without leaving the confines of their nice warm bed. If I am able to entice your inner goddesses, then I have done my job and I am satisfied.
Newsletter * Facebook * Facebook Group * Twitter
Instagram * Bookbub* Amazon * Goodreads